This post is dedicated towards the feedback we got from those who tested our alpha demo as well as our ambition to participate in the Swedish Game Awards. We're a group of game dev. students and this is the sixth post in our (sort of) weekly Dev. Diary series. Check it out!

Hello everyone! We’re on week eight of ten now, and the lack of time left is starting to become painfully apparent. But, that’s game development for you. Last week we released an early alpha demo of the game, and through Google forms we managed to get some valuable feedback. And we’d like to take the opportunity and thank everyone who took the time to fill it out, it really helped us! Even the guy who called our game “aids”, it made us chuckle. 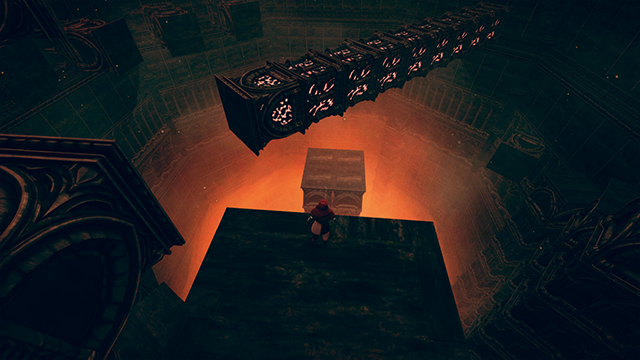 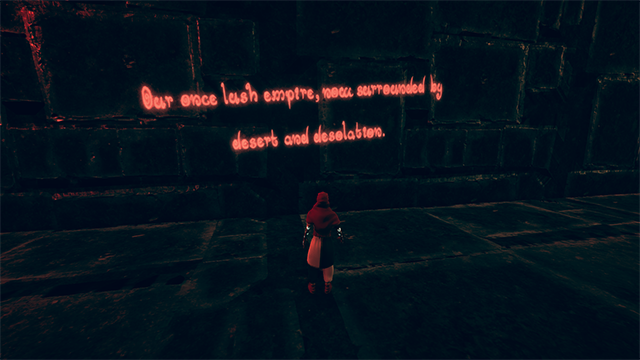 (Two screenshots from the alpha demo, the latter is of the text displayed in-game)

With the feedback we got from the questionnaire we’re making a few changes. The first is concerning the font used for the text on the walls, as we realise it was way too hard to read. As for the low resolution, we done goofed on that one. We will also rewrite them completely. They weren’t supposed to be in that spot to begin with, but we felt we wanted to include something in the alpha demo. We also received a lot of feedback regarding the movement and jumping mechanics, and these are areas we will be spending a lot of time tweaking and making sure they feel responsive and, most importantly of all, are simply fun to use and play around with. We want the game to be fun to just run around in.

(Two .gifs from the Alpha demo showing the pillars and how they function)

This Friday we’re aiming to submit our game to SGA (Swedish Game Awards) and since we have a lot we want done for that build, this week will be crunch bonanza! But hey, we got coffee. Coffee is love, coffee is life. Or maybe that’s just the addict in me speaking? 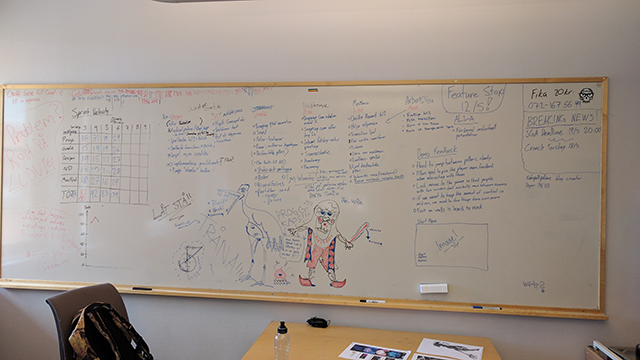 (A picture of the chaos on our whiteboard at the moment)

Finally, we’ll be changing our logo, banner and all that good stuff in the coming week, hopefully before Friday. The one we’re using now is just a placeholder, and we’ve planned on changing it awhile now, and now we’ll finally get it done properly. So, be on the lookout for that!