Yotunz! Check out the latest Dev Diary and see what’s new in the Tainted Throne update. Have you played the updated game yet?

One of the biggest features of the Tainted Throne Update is the new Boss - The Reptilz King. He is vicious, dangerous, and ready to use whatever means necessary to stop you from reaching the lower parts of Durnar. The King awaits in his Throne Room for whoever is courageous enough to challenge him.

The Reptilz King has three elemental variants similar to the Bugz Queen. Each of them varies in combat style and offers a different experience. Speaking of the Queen, now killing each of the three elemental variants will let the player collect three parts of the Bugz Summon Mutation Blueprint. With the full Blueprint complete, you will be able to combine it with Essence to unlock its true potential. 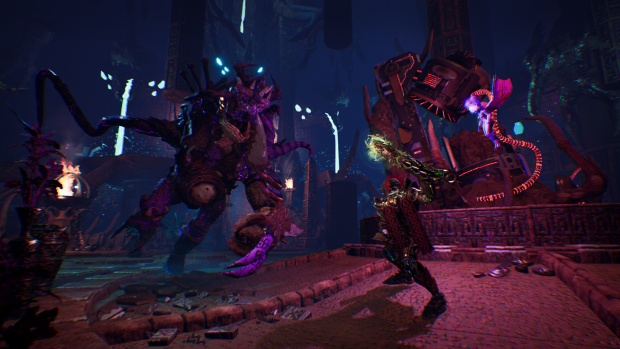 Bugz Summon isn’t the only new Mutation. Earthwist is another new Mutation added in this Update. While Bugz Summon lets you summon phantoms of the Bugz enemies, Earthwist creates walls of spikes and stalagmites that impale and stop enemy movement.

The Yotun Village welcomes its new Denizen - Tenigax. Freed from the prison of the Reptilz King he now offers Tails for you to use. Tails function the same way for the player as they function for the Reptilz Enemies - they block damage that would take half of your HP. This means enemies won't ever be able to one-shot you if you use a Tail. At the same time, each Tail offers some Stat bonuses that change based on the state of the Tail. If the Tail is still attached, you’ll gain some Buffs to the stats related to the Element of the Tail. After the Tail is severed, you’ll get Debuffs to the previously Buffed Stat, but gain a different Buff. Meaning that you now have even more ways to optimize builds for runs. 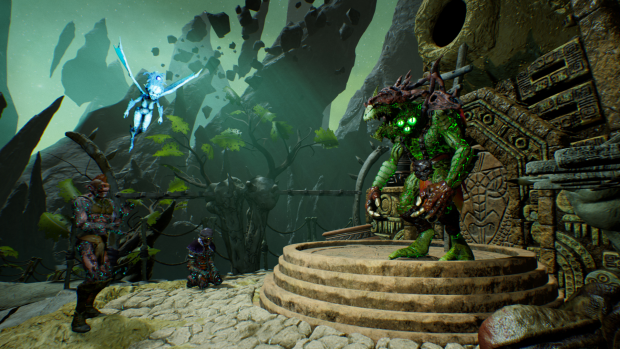 Surely every possible piece of Equipment will come in handy when you descend into a completely new Setting. Guarded by the Reptilz King lies the Fungal Grotto where Gobboks pawns pose a new threat to the player—Mutantz! Three new types of Enemies; Trunk, Ribjaw, and Cyfly, will now stand in your way. A specific mechanic of the Mutantz enemies is their ability called Fusion. It allows Trunks to Fuse and create other types of Mutantz, which makes eliminating them a top priority.

Additional help with eliminating new threats can be found in the form of a new Symbiont—a Whip! The Whip has one of the longest reaches of all the Symbionts which will help you get rid of dangers from a safer distance. What it lacks is Impact. But don’t worry, we’ve made some changes to the Impact/Stability system so that now, it can be described as a Cumulative Impact System. While the previous calculation took into consideration the current value of each attack and put it against the Stability of the enemy, the new calculation adds each attack’s Impact value to a cumulative Impact value that slowly degrades over time. In short, with this new system you will be able to cause a Hit Reaction with any weapon on every enemy with enough hits!

We’ve also added an additional 18 new Mutagens to the roster, which further increase the number of possible builds and add even more randomness. For a full list of changes please refer to our patch notes!

We hope you’ll enjoy this new update. Thank you for playing and good luck exploring Durnar!
Dreamplant & All in! Games 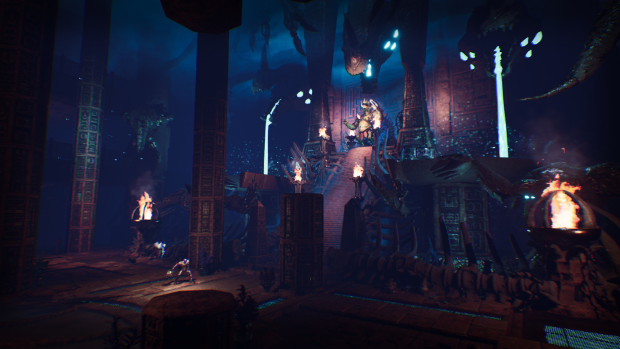 Another Arboria update is now available! The Tainted Throne Update is the sixth major update and there are more to come in the future. Keep following the game on Steam to stay up to date with monthly improvements.

Have you played the new update yet? Head to the comments section, Steam Discussions, or Discord, and let us know what you think!