Well, we're back with the first Dev Diary covering one of the most important changes of the new 0.2 "Konev" update: Ideologies!

It’s been ages since the last Dev Diary, eh? It sure has been a long while but that doesn’t mean that development on the mod has ceased cause it never did.

We've been working hard on the new 0.2 "Konev" update, projected to be released post-December 15th (Well, if we had access to the Beta we would've probably gotten it ready much sooner *wink wink paradox*)

And so today’s subject will be the newly revamped Ideologies...

We all know how good the ideologies layout worked on HOI IV, it was simple yet efficient, but to me (and a lot of the others) it was too simple, and so we decided to bring back the good old Ideologies from HoI II, Darkest Hour and HoI III, if you’re not familiar with any of those titles, I’ll be explaining each one of them one by one:

Usually referred to as Nazism, I believe it’s a rather self-explanatory ideology, a good example would be Germany under the rule of Adolf Hitler

Simply a form of radical authoritarian nationalism, Think of Mussolini’s Italy, It also seems like they don’t have an issue with monarchies (We’ll get into that later on)

Covers all sorts of Authoritarian ruling systems, from Dictatorships to Absolute monarchies, it’s rather widespread in Asia, the Middle-East and Southern America, some good examples would be Japan (before Tojo taking over), Saudi Arabia and more

Also known as Left Wing Nationalism, It’s mainly to represent Euro-Communists (Josef Broz Tito), Pan Arab Baathists (Gamel Abdel Nasser). It’s also used to represent the Right Opposition in the USSR (Nikolai Bukharin) and the Anarcho-Communists like the CNT-FAI in Spain (Which will be the subject of an upcoming Dev Diary ;-)

Leninists, it’s mainly used to represent lighter forms of communism such as Trotskyites, Internationalists and such

Also known as “Hardcore Communism”, usually with a heavy emphasis on Industry (and a tendency of getting famines from time to time) a good example would be Papa Stalin and Uncle Mao.

With all these new ideologies, which will hopefully add a bit more complexity and variety to the politics of HOI4: DH, We’re gonna need to add leaders to cover these up, which is still a WIP.
However, we decided to take the chance and redo all the portraits to a new B&W vanilla-ish looking style, allowing us to easily add new portraits (the process takes less than 10 mins)

Here are some examples of the newly added portraits 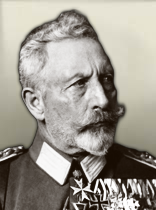 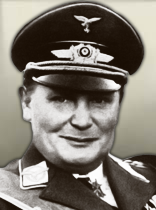 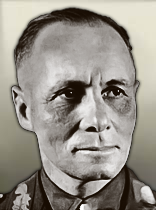 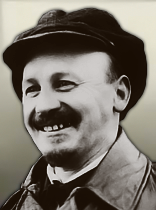 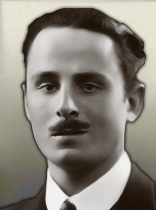 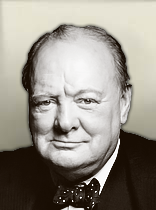 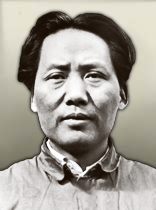 Well that’s all for this Dev Diary, Thank you guys for your time, if you wanna be notified about the new addition that I’m working on for Darkest Hour make sure to hop on our Discord server or Follow me on Twitter Twitter.com

Stalinist is a derogatory term used against Marxist-Leninists primarily by Trotskyists and Left Communists. So a bit weird to see ML and Stalinists as two separate branches.

It's not ML, We have Leninists (Internationalists, Trotskyites ...etc) and Stalinists (Stalinists, Maoists ...etc)

We don't have a Marxist-Leninist Ideology

Instead of Leninism, "Market Socialism" would be better, then, instead of "Stalinism" you could use "Marxism-Leninism." Both Lenin and Stalin were Marxist-Leninist

Also, I don't think Italy qualifies as just "Paternal
Autocracy", since Mussolini was outright Fascist. The model in DH the HoI game would be better. Paternal Autocrat > Fascism > National Socialism.

Italy is Fascist, an example of a paternal autocrat country would be Saudi Arabia or Hungary

Did it even say Marxist-Leninist or was i just blind? If it never said ML than my comment is kind of pointless lool.

Yes, I agree. But your list said Italy would qualify under "Paternal Autocrat".

It doesn't, that's the Fascism section you're talking about

There's no such thing as Stalinists, smartass.

And Tito wasn't a Eurocommunist.

A better scheme would be:

Something to represent moderate and reformist tendencies within socialism
(Kautsky, left wings of the SPD, SRs in Russia,
Mensheviks, maybe Makhno but I'm not too sure here, Arab
socialists. Maybe
even market socialists like Tito and Deng)
Revolutionary socialists (Lenin, Stalin, maybe Trotsky, the CNT and FAI in
Spain, the earliest Chinese Soviet republics and that Korean anarchist commune. Gheddafi I don't know whether he can be
placed here or in the category below)
Internationalists (maybe Trotsky, later on Mao and Maoists)

Now the first category is known for its adherence to parliamentary politics,
historically they were very keen on multi-party elections and so on. They were
not socialdemocrats but in some ways democratic socialists. Their land reforms
did not include collectivization as much as they included the formation of a
class of small landholders. SRs and Makhno were perfect examples of this. When there was a single party system, there
were SOME capitalist dynamics like a regulated market to
supplement central planning to different degrees.
The second category speaks for itself, it's most socialist experiments in the
20th century. It may sound weird to find the CNT-FAI with Lenin and Stalin but
believe me, they ended up doing exactly what they did while disconfessing it
at the same time.
The last part includes wingnuts. No, dude, Trotsky was really no moderate, he
wanted to use the USSR's army to IMMEDIATELY spread the revolution abroad
without consolidating it at home first (something that would've resulted in
the USSR being ROFLstomped by the West and the revolution being squandered).
Mao was another kind of wingnut, the one who came up with the Theory of Three
Worlds and the Cultural Revolution.