Hey guys! This is going to be the first of many developer logs and status updates on the ongoing effort to reboot the Hellgate multiplayer experience... but first, a teaser ;) 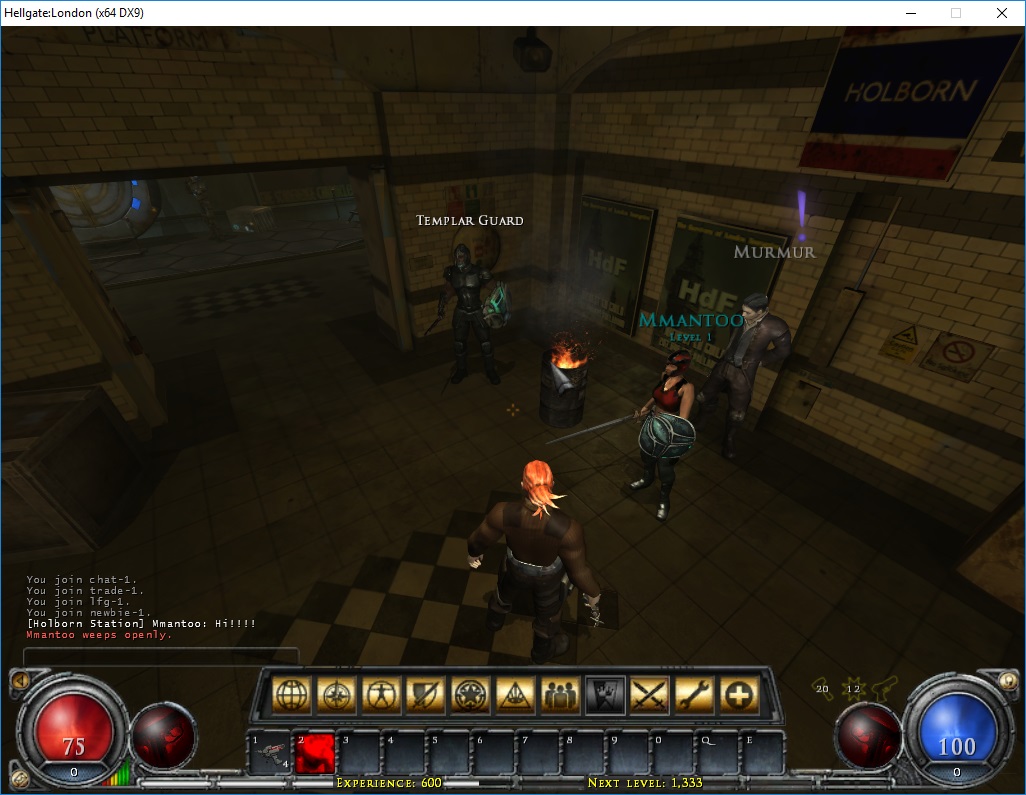 As seen above, we have a working Hellgate: London multiplayer server running. At this point, Hellgate multiplayer WILL be returning to the community. It has taken months of work, dedication, blood, sweat, and tears to get to this point, but we are at a point where development is accelerating and we are able to actually debug a running MP server.

Something to note: London 2038 will NEVER cost money, will NEVER have anything for purchase, will NEVER have a subscription, will NEVER have a cash shop or money transactions of any kind, PERIOD.This is a passion project for fans, by fans, and has 0 money involved. We are all volunteers, and we want everyone to enjoy the game we remember with out any cost EVER. No one will EVER make money off of this project.

We currently have 4-5 developers actively working on this project; Omerta, MMan, and MarCNeT being the principal developers at this point. Things are still at a very tentative stage where bugs are both discovered and squashed daily (sometimes hourly 8)). See below for a rough list of what works and what doesn't:

What Is Being Worked On/What Doesn't Work

We are actively working on fixing the known bugs, testing the current version, reporting bugs, and recruiting developers. Check back on this subforum for more dev diaries, I will post as appropriate. Development on the issues listed in the "don't work" list above are our #1 priority--there is a consensus that the work being done on the data will alleviate a lot of current bugs/weirdness. Keep your eyes peeled for more info to come! :D

Please feel free to join the discord server, especially if you are a developer (and if you are, check out the wiki).

FAQ
See here for an FAQ

THIS IS AMAZING. #following

Loved this game back then, was sad with their poor launch, and even sadder when the Flagship sunk.

really hope to play this

This is great news, best of luck to the developers.

Nice to hear, keep it the good work!

I really loved this game when it was new. It wasn't perfect, but I thought it delivered "modern day Diablo with guns" well. This multiplayer project seems amazing, and I look forward to the day it releases.

I loved this game, and it was so sad when it went down