Max, STEVE and you coming into 2015 together! Join them as they battle the hordes of Boss 101. Randomly generated bosses? Yes! Monkey robot crossed with a Mecha T-Rex? YES!

Posted by DonleyTimeFoundation on Jan 24th, 2015

Boss 101 Dev Update! Thanks for checking in with our Saturday update. Here's a look at some of the latest boss battling we're working on!

The week in development.
Work on the Greenlight submission continues. A lot of our work this week was centered on polish and making the Boss AI work well with the player. By that I am talking about the expectations of the player as he blasts around the level. During the moment to moment gameplay we are focusing a lot on the player feeling like he’s doing something awesome at all times. Some thoughts:

Player guns: even the most lowly guns should seem worth playing. Since you start with a simple machine gun and that is your primary weapon throughout the game we wanted to make sure it felt and looked good.

We have been working on the gun flashes and feedback when you fire. For us, each gun you get, buy or use should have something special. Maybe you like the bazookas, you can use that and upgrade, maybe the lazer gun is your speed. That's fine.

The next steps are to match guns abilities against the bosses weaknesses to create some rock, scissors paper moments. The idea there is bosses do have weaknesses to certain bullet fire if you take the time to study them. This is for those looking to rack up the highest score the quickest.

Mostly though, it's about fun to play and looking cool. Our main philosophy is "fun trumps all". Fun does include challenge and skill but mostly it's about making YOU the player have an awesome experience.
Read on below for more of the game's philosophy. 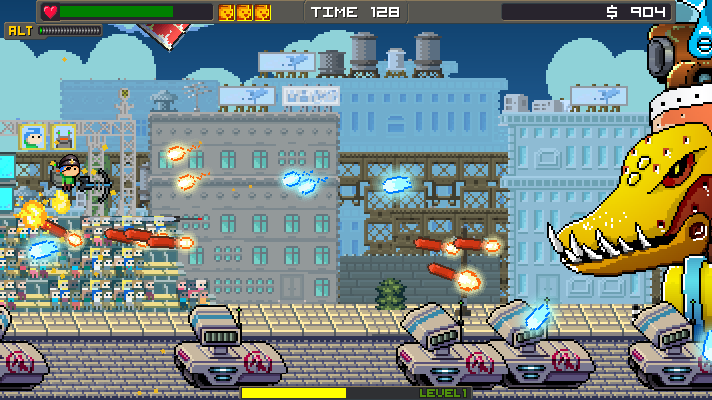 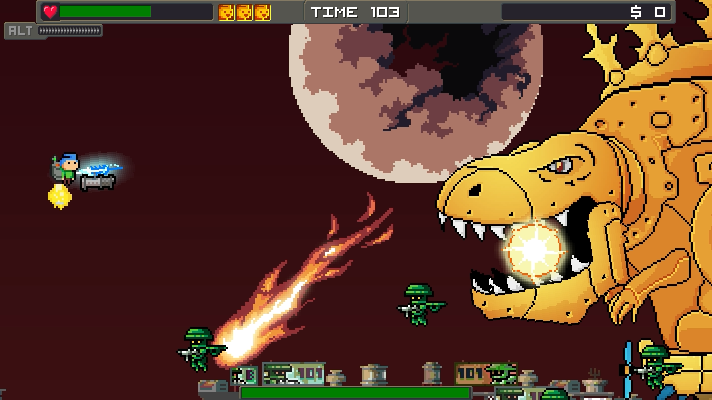 The boss experience at its core should be exciting to the player. We have super sized bosses filling many screens and we have smaller more ‘manageable’ bosses you deal with regularly. In all cases we are setting it up so you will have a moment of surprise when you see certain boss combinations. It’s that randomness that adds to the unique Boss 101 experience.

Levels: we’re about giving player a universe to explore. You will travel from Earth across the galaxy fighting all sorts of robo-bosses on many different planets with their own look. Our Game Development Philosophy

In a nutshell is you will be battling the most with your own psyche to get things done. In my humble opinion, game development at its core is:• Taking yourself and your goals seriously• Creating as complete a list or “picture” of your game as possible and reevaluating that list regularly for completeness and correctness• Working on your list and adjusting your workflow as goals adjust. Do not be afraid to remove things from the list. More than likely the game is better with less than with more.• If you need help, get it. If you don’t get help, you will have to learn from the beginning and expect to take time to master any new skill (coding, art, sound, etc)

From the above you can see there is nothing about using C# or being an tremendous artist. You’ll also notice I’m not talking about playing a lot of games or watching a certain anime. Those are all nice but they skirt an obvious talent – which is your passion for the thing you are working on. Passion is what will pick you up when you hit the floor. Trust me, you will hit the floor a lot during the making of your game.

More coming and thanks for stopping by! Remember to live your dreams folks!
-Tim 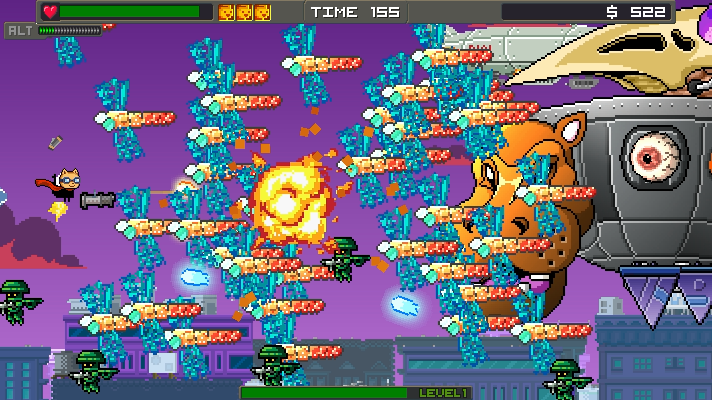 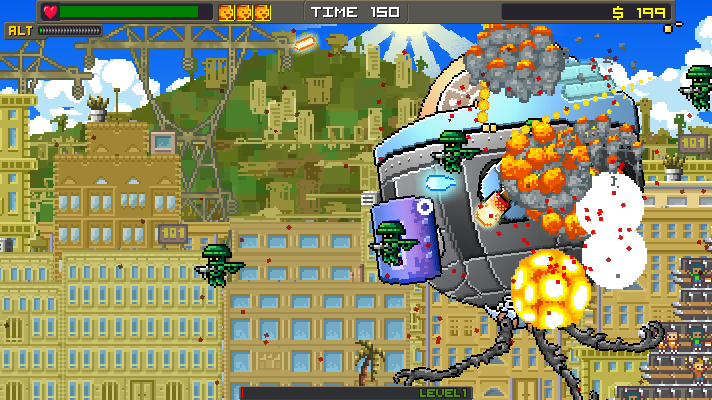 Thanks so much! It means a lot to myself and the team when people check out our work. It's your game as much as ours and we looking to give you and anyone who buys it value. The conversation we normally have goes "Would someone talk about this (insert gameplay idea) to a friend AFTER they played?" If the answer is yes - normally it goes in! hahaha