It has been a long time since the last article I posted and many things have changed, there have been great changes in the game engine, server and client structuring, game design, new concepts and new possibilities. 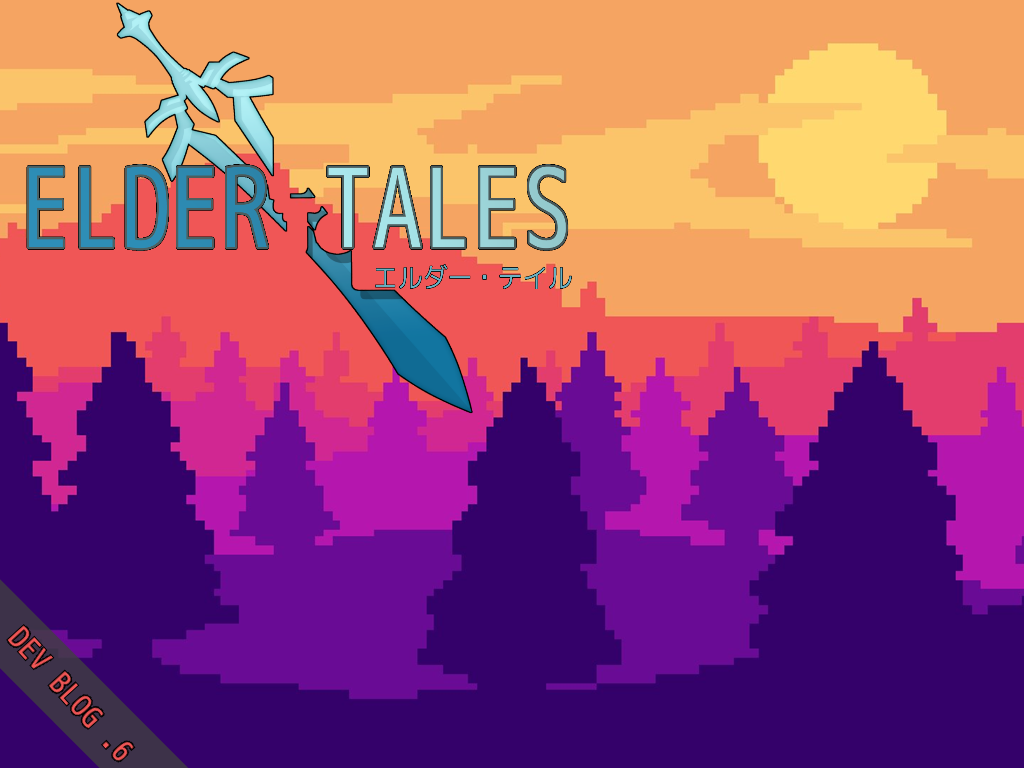 Firstly, I wanted to thank the patience of the whole community that follows the project and I apologize for staying a while away and not posting anything with news and sequences from our blog blog, but this time has been useful for me to study more, create new concepts and restructure the project again and for the better.

I will be presenting in this dev blog related changes to our server, client, game design, ideas, concept maps, WIP stuffs.

I can say that with this new structure the game can advance quickly enough to have test versions earlier than planned.

Earlier I used a different concept of server and client however I worked hard on it and now I have a 100% original structure and withstand a large amount of players. 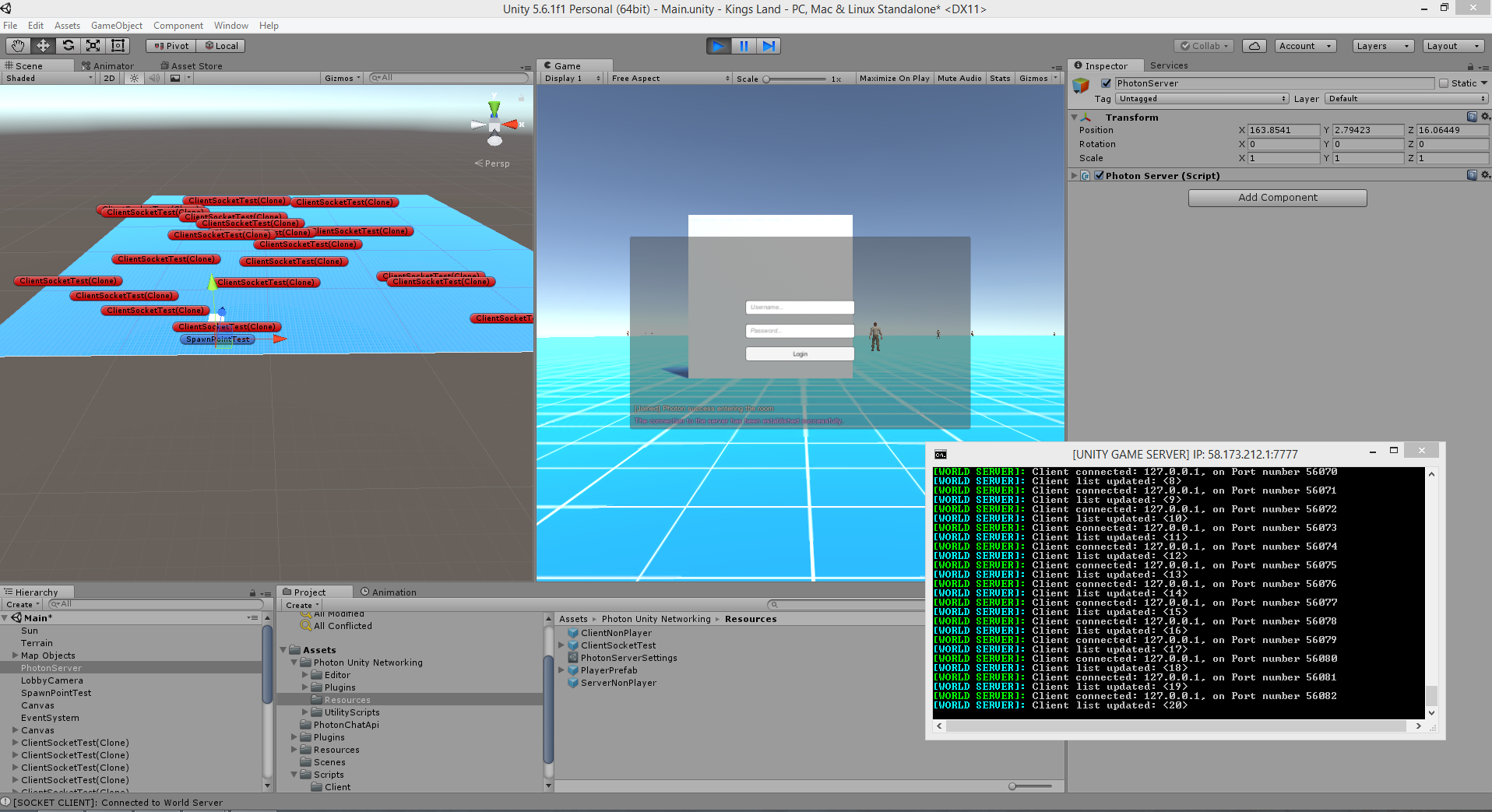 The test performed above shows the server's large capacity to handle connections and multiple requests at the same time. The test was performed using 3D objects but the game still continues the same 2D retro pixel aspect.

Panels with fade in and fade out

I have been added fade in and fade out effects to the panels like login, account etc... These effects give a better look at screen transitions and are widely used.

In the above gif you can already see a change in the visuals of texts, colors and design but the graphic question will still be improved but it is something that we can use for test versions.

The character creation is already synchronized with the server, has been added function to delete the character, until then can only have one per user but it is something that I will plan to add new slots in the future.

The panels inside the game have also been restructured, with a better look and new concepts. all information is already being saved and loaded by the new server.

The panels are draggable and have best fit into all screen resolutions.

Previously I had not implemented 100% the equipment system and the inventory but in this new update already we can see this advance when equipping items to show a visual in the player.

Everything is synchronized between the server and client, all players can equip items, walk, have their own information stored and shared when necessary. 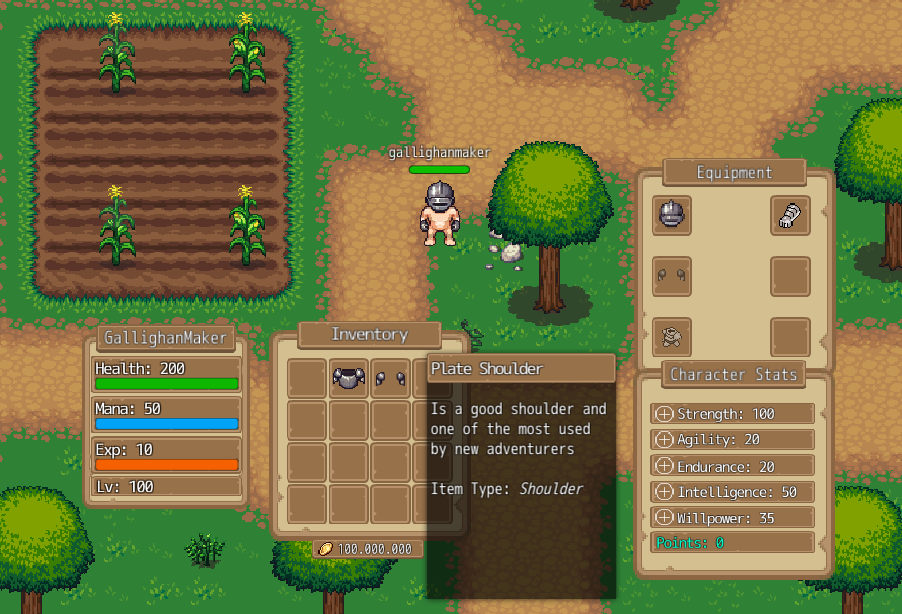 All graphics so far are free and may change over time but I really liked this new interface and I will keep this pattern for now.

I made some modifications in the world and the map where players will start the adventure but it is still in progress and will be added all objects, npcs, animals, effects etc... but I would like to share some pictures of the work that I am doing in the maps. 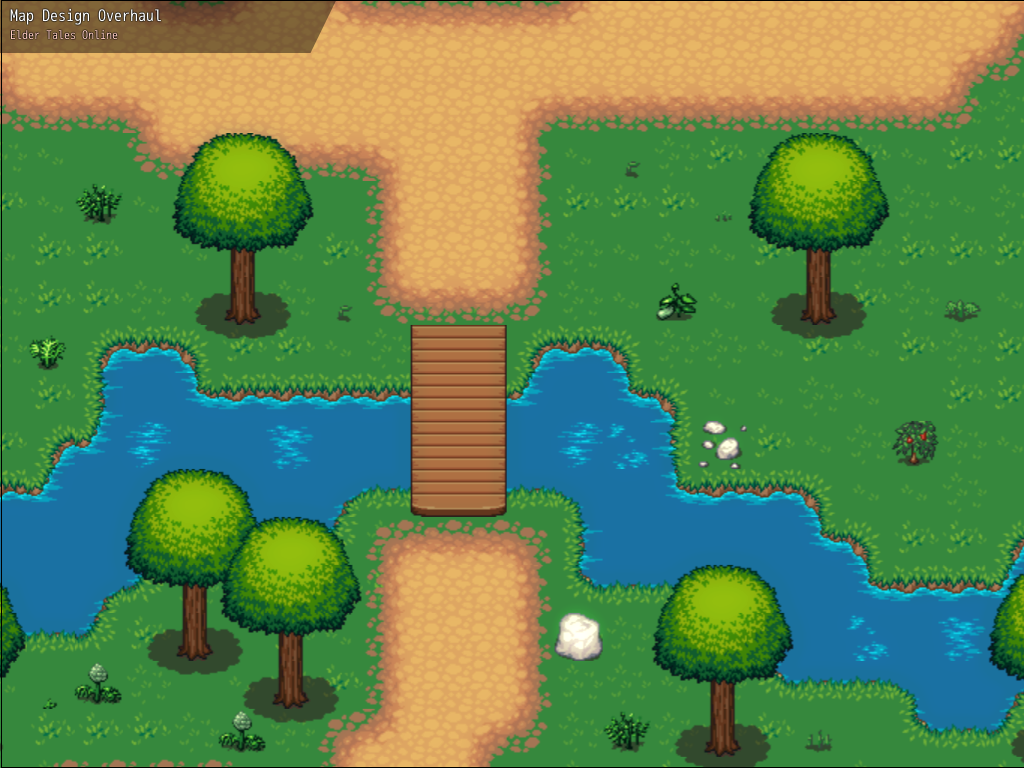 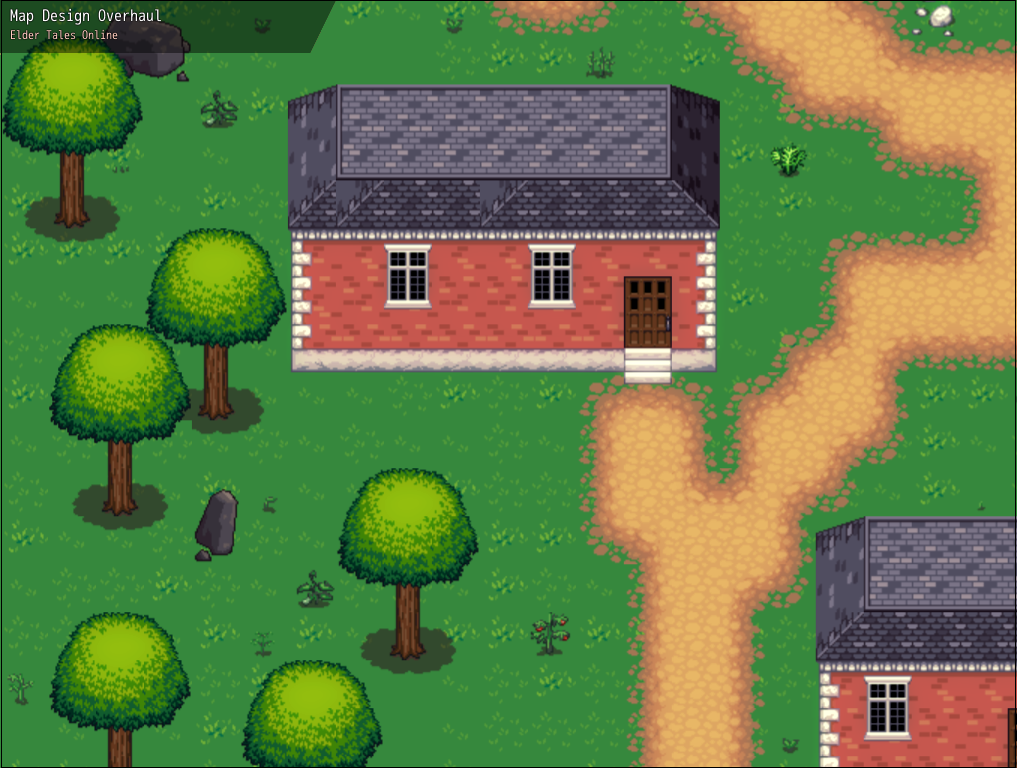 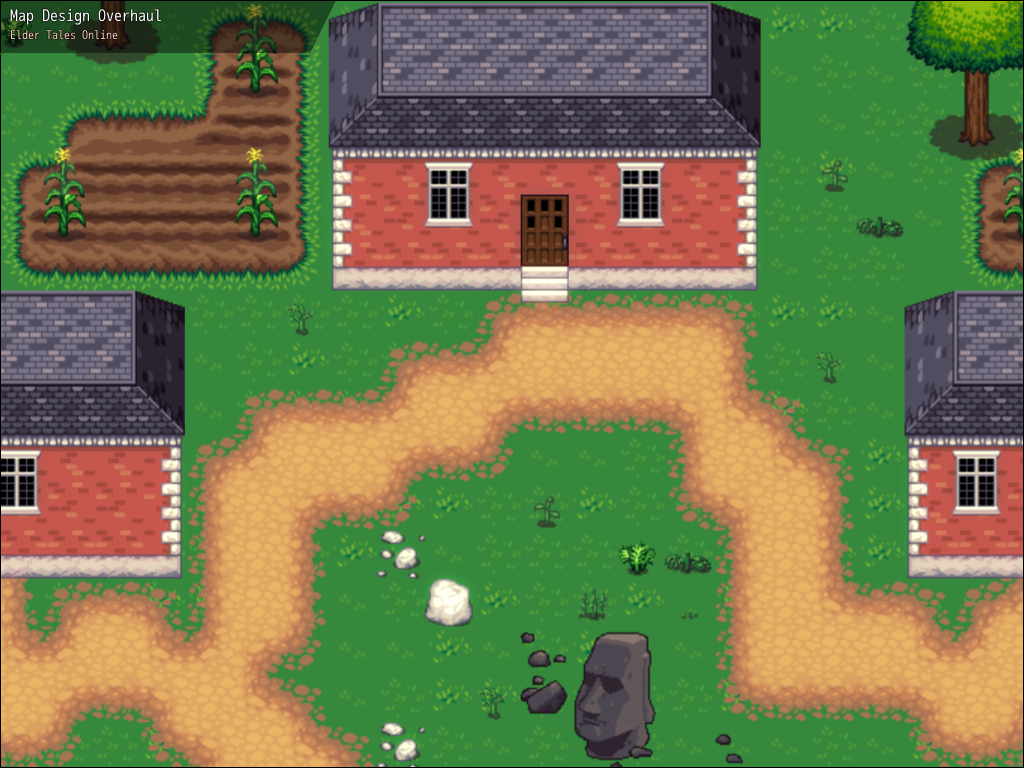 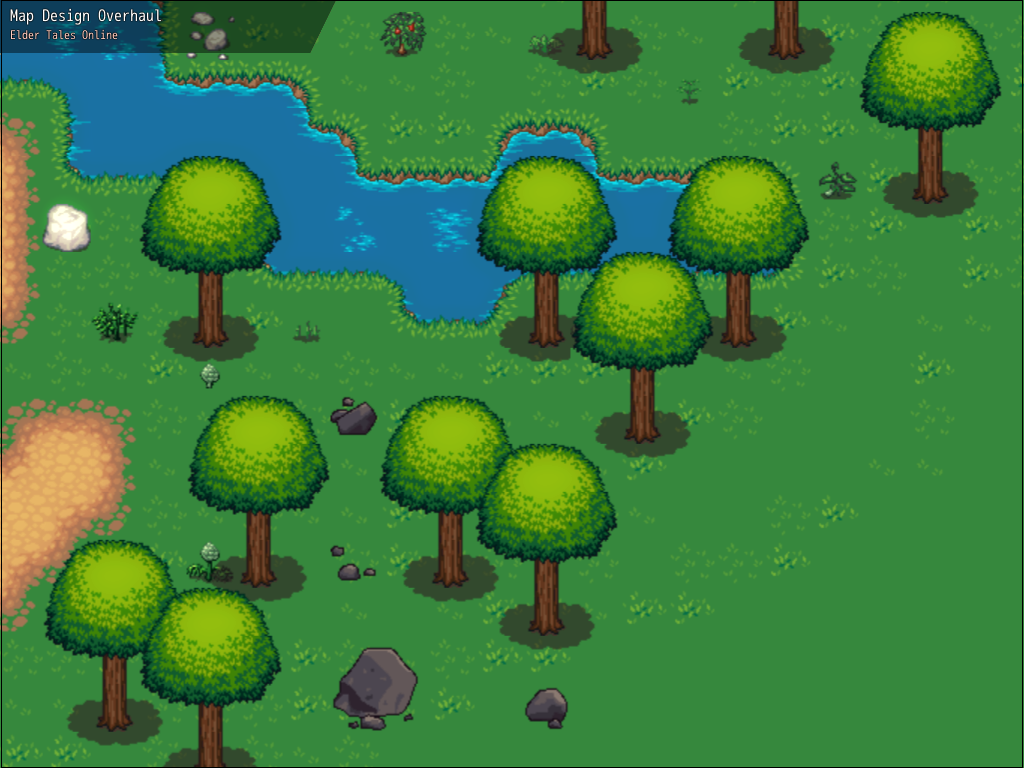 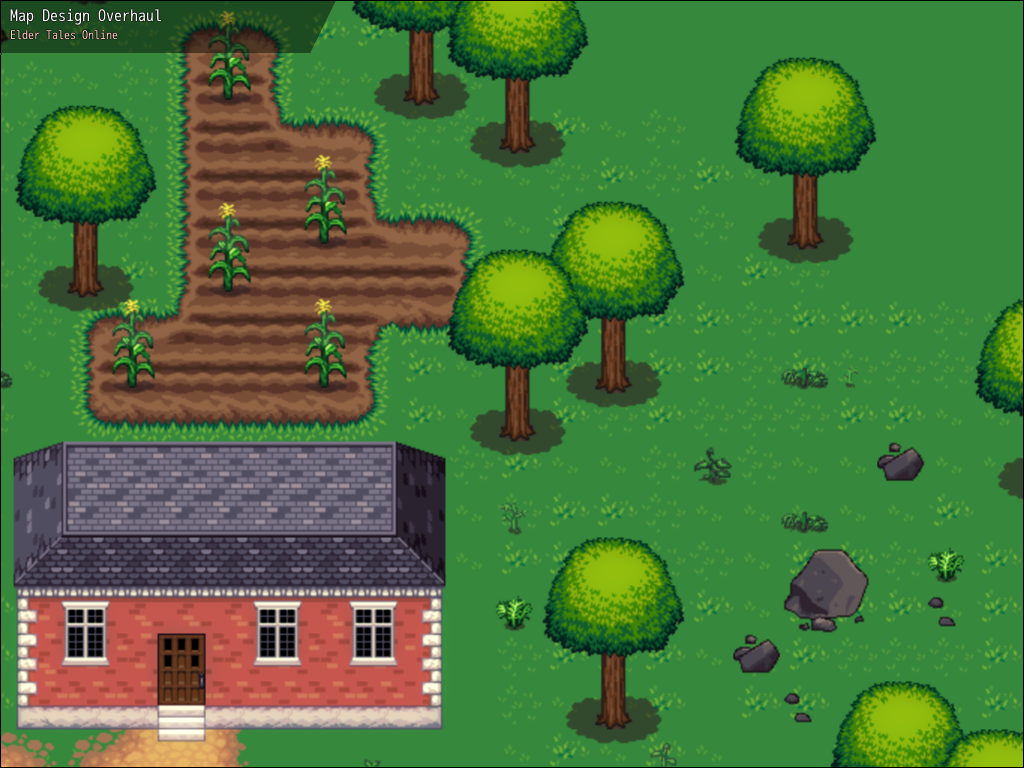 I'm only using free resources but it can be changed over time but in the same color and concept pattern.

From now on I will further advance the project, improve some current functions and implement new systems.

Soon we will have the long awaited test version even though it contains problems but will be essential for the project.

In the roadmap I already have all tasks including the game world and not just systems features, because it is something that I want to evolve enough to launch a test version.

Continue to support us, the community is very important to the project.