A new version has been uploaded to the unstable branch. Check out our new HDR renderer.

Hello guys! Welcome back! I know it took a little more time with this post, but this is simply because we have worked so hard. We have practically rewritten every shader. I did not thought that it would be so hard to create a HDR pipeline. As a small consolation I already uploaded the new version!

And I also changed the development policy. Where we used to have multiple projects running simultaneously we will focus now on a specific goal. And that is currently HDR. The next will be the gameplay!

The first pictures of the HDR pipeline just looked terrible. The colors did not match. Everything was too dark, etc. We debugged a lot but now I think it looks good. We currently only have a problem with the colors, they are very highly compressed which makes the shadows and shades look very hard. And thus has changed the tone of the game a little bit. But I still think that it's cool to finally support HDR!

Here is a picture of a sunrise: 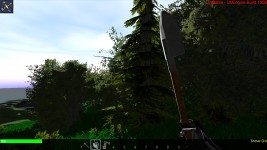 The night rendering is also working again. The first attempts looked terrible because the star had the same strength as the sun: 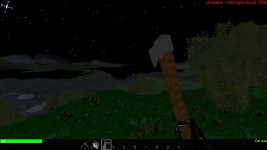 Glare is a phenomenon that occurs in normal life when strong light strikes the retina. This also activates light receptors which are not directly affected by the light. Here's a screenshot: 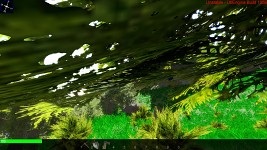 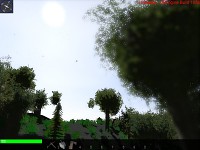 And the glare of the moon is not a sprite anymore 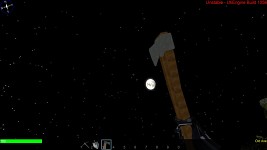 The underwater view is now blurred: 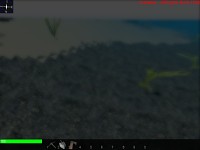 We also considered whether we should use this effect when the player is poisoned.

For cameras or the eye not everything is always in focus. The rest is out of focus. This is also implemented now: 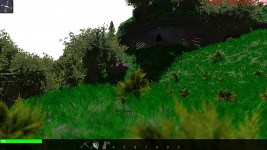 The focusing has made us initial problems because we did the distance determination via raytracing. When that did not work, we have now realized the function with the graphics card.

I have always found it so great in other games when the screen slightly blurred if you changed the viewing direction. As we were already working on the shader we implemented this too: And then we inserted an effect which makes the screen borders appear blurred at high speeds: 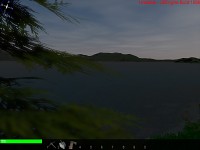 We added a new settings page so that you can tune the HDR effect:

HDR - On / Off
HDR adaptation speed - how fast the virtual eye adapts to the brightness.
Luminance HDR - How bright is the scene?
HDR Blur - Blur underwater
HDR motion blur - Motion blur when the player moves.
HDR Depth of Field - Depth of field
HDR Focus adaptation Speed ​​- How fast the focus of the virtual camera reacts
HDR Aperture - How big is the iris / aperture of the virtual camera
HDR Glare - How strong is the glare effect
HDR Star Effect - The effect is similar to the glare effect.
HDR FrontMotion - distorts the screen when the player is moving very quickly. 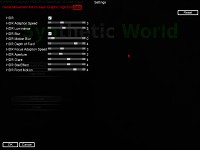