What started as an optimistic weekend turned into a nightmare, when we decided to upgrade from XNA 3.1 to XNA 4.0.

So Simon and myself went into this weekend full of optimism and a list of things we wanted to conquer and achieve before the start of the new working week or at least get started on, some of which we hoped, as I stated last week we'd be able to show off to you guys. A Basic load out screen, More weapon behaviors and a whole bunch of passive items like healing, energy regeneration and indeed the decision to upgrade our project to XNA4.0, which as it turned out was and still is a nightmare.

Yes, we felt since Microsoft has release XNA4.0 and the risk that they would cut ties with XNA3.1 in the not too distant future (though this hasn't been officially announced) we thought now would be a good time to upgrade our project and make the switch. Knowing full-well there will be changes, we knew the switch will break things, we didn't know how much would be broken, but thought it would be easier to fix hundreds of lines of codes rather than thousands of lines once all the content is in. Even though the upgrades to XNA4.0 doesn't really benefit us.

We thought it wouldn't take any longer than a morning to do the transfer and iron out blatant bugs and problems...then through the weekend as we get the content pipeline up and running again and just report and fix bugs when and if we stumble on them...this how ever was not the case.

So what went so wrong?

After getting everything transferred and seemingly working on the PC, Simon tried it on the Xbox and the game didn't even load due to an 'Unexpected error'....after stripping our project apart, loading in 1 thing at a time to pin-point the issue we finally discovered the Xbox can't load certain XML files, mostly custom created XML files made through editors in the engine....this is bad for us, as our engine has no less than 4 editors.

Not only this but a whole host of bugs have come to light in our editors and various functions of them.... 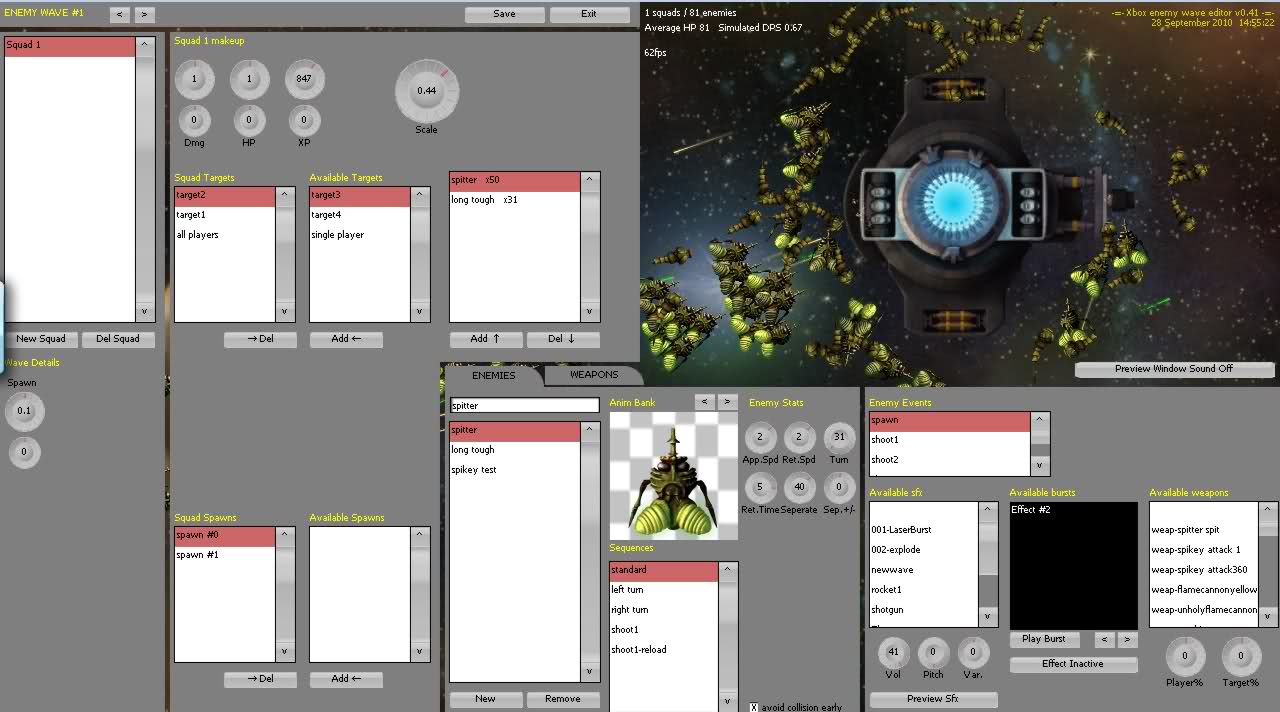 The AI editor , 1 of our 4 custom editors with chunks of broken functionality, which was working fine before the upgrade.

So, another frustrating weekend comes and goes for Invasion Games, but there maybe some optimism to gain from this misadventure.

For a start the PC version works fine, which will make all you guys happy, YAY!, Simon has found a work around for the Xbox bug by using Binary to store information rather than XML, which means the game now works on the Xbox.

However load times on the Xbox is almost 3minutes on first time load, considering we have just under a 3rd of our content in that is very much unacceptable, and as a result we are rewriting the animation and image reading systems and converting the animations into animation strips instead. So the Xbox and PC would currently be loading in around 1000 images, after this new system is implemented it will be loading in 50, bigger images....which indeed would mean much faster loading times on both platforms.

This will take most of the week to implement the new systems and get them working properly however.

Individual images into image strips as above.....

Also the eagle eyed amongst you will note, all these issues are programmer related and you will also notice if you look at my profile I'm not a programmer I'm an artist, so you ask what have I been doing while Simon has been tearing whatever little hair he has out.

I’ve continued to work on a variety of artworks, including paintings for menu screens and Icon art for the load out screen which is yet to be....and whatever in game art I can do that doesn't require the editors to test...but it is now beginning to stack up....oh and finishing off stuff for the unveiling of the first playable race!

I’m also heading to London on Friday to meet other Indie Devs and a few contacts at the Eurogamer Expo in London then staying with a friend over night so that will give Simon an extra day to get back up to speed. 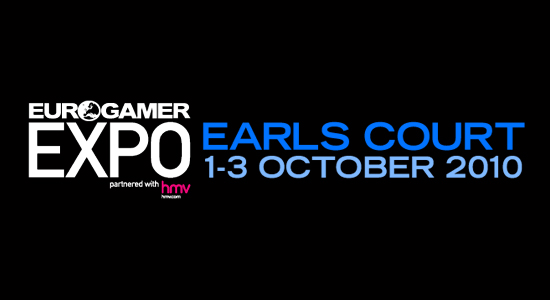 Oh and yes we will unveil the first playable race before the end of the week...as for other blogs, we'll just update on either Wednesdays or over the weekend when and if....since we're not to good at this whole blog things clearly :-).

There is officially NOTHING wrong with XNA 3.1. In fact I am a gaming company I will only use XNA 3.1 until I am out of business...just what benefit is it that XNA 4.0 have given you with all this frustration? I would say the only benefit you have, is that you write in resume you have used XNA 4.0, that is about it.

This is a fair point, the benefits we are getting are not worth the hassle we have/are going through.
Also we never said there was anything wrong with XNA 3.1...we were perfectly happy with 3.1, our concern was that Microsoft, being Microsoft would *probably* pull the plug on XNA 3.1 before too long...Whats the point in funding support for 2 versions of the same software?

What we wanted to avoid is getting caught with a close to complete project then being forced to upgrade to 4.0 anyway....meaning we would have had these problems regardless...but with a massive amount more code to sort out and retest.

There are also afew benefits to be had that I didn't mention,for example framerates have been increased across the board and im sure theres afew more that are not as ovious.

Overall I agree with your point, and wish we didn't have to doit and could wait until the end of the project and upgrade before the next one, but its a gamble that so far hasn't paid off....only time will tell if we judged MS right or not.

I totally understand your point :) However, just for future update I was being informe that XNA 3.1 will not be pulled it's plug on, because last I checked XNA 3.1 is the only technology that allows you to make xBox 360 games out of them. XNA 4.0 is more intented for Zune and Windows game last I checked, if you want to make xBox 360 games then you need to use XNA 3.1. So Microsoft will NOT pull the plug at all on it, the only time this may happen if future XNA versions become like XNA 3.1 AND MORE then I would recommend upgrading it because 3.1 would have it's plug pulled.

From my understanding that XNA 3.1 would be with us FOR A GOOD time. :)