We recently released 10.1 out to the public earlier this month on 8 November, 2017. We have also pushed a number of fixes, including harvesters over the last couple weeks. The 10.2 update has been pushed to Staging! Read about the upcoming changes and what you can expect. We are also looking for good and dedicated internal testers for the 10.2 update and all following patches and updates. 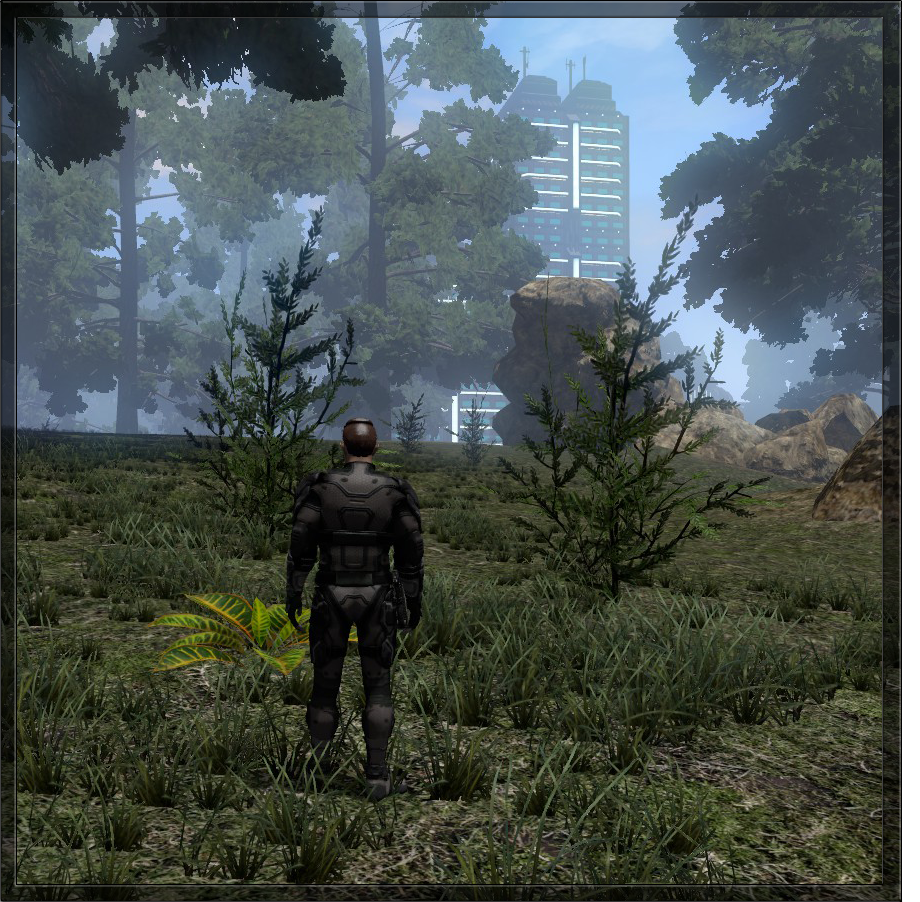 Internal Tester Need Apply:
We are looking for good and dedicated internal testers for 10.2 and all following patches and updates.

With your help, this will allow us to provide more thoroughly tested updates and spend less time working on bugs that our early access players might find. Remember, the more people we have in, the more we can find and fix, and the more you have fun with other players!

To apply to be one of our internal testers, please visit this link: Goo.gl

Make sure you visit the forum post HERE to comment and join in on the conversation. Let us know what you think!

Option of Merging to one server- Community Question: 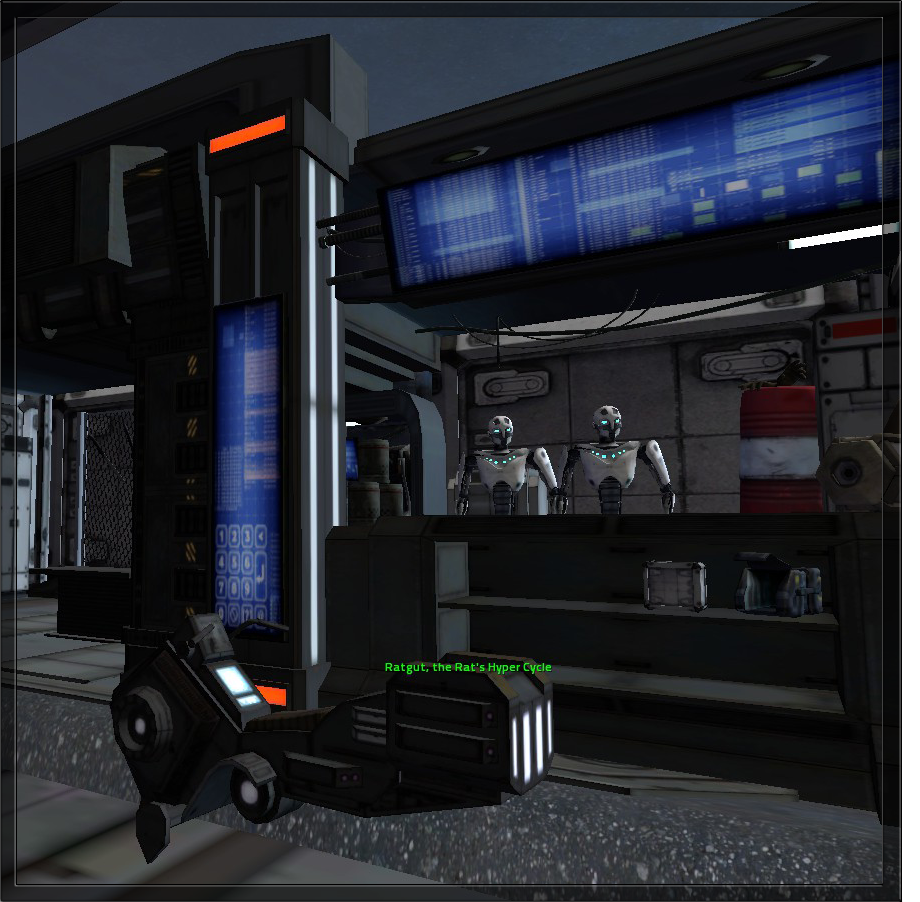 As players may know, 10.2 is going to include a wipe of all characters and a fresh start with the economy. It has been mentioned by several players that it might be a very good idea to temporarily turn off the EU server. This would enable the developers and the players to focus on community building in a single place.

Being that the wipe is occurring with this update and the populations are low on both servers, we thought it would be the perfect time to merge into one community and build upwards from there.

If we decide bring up a single server, we would be disabling the EU server until later in development, after more systems are completed and the community grows again. This would allow players to make fresh characters on the server or move their current US East Characters across. We have several options on how we can handle this and would like your input now and in the future when you think we are ready to reopen the EU Server.

We want to know how the community feels on this, and would like to see where the decision lays. 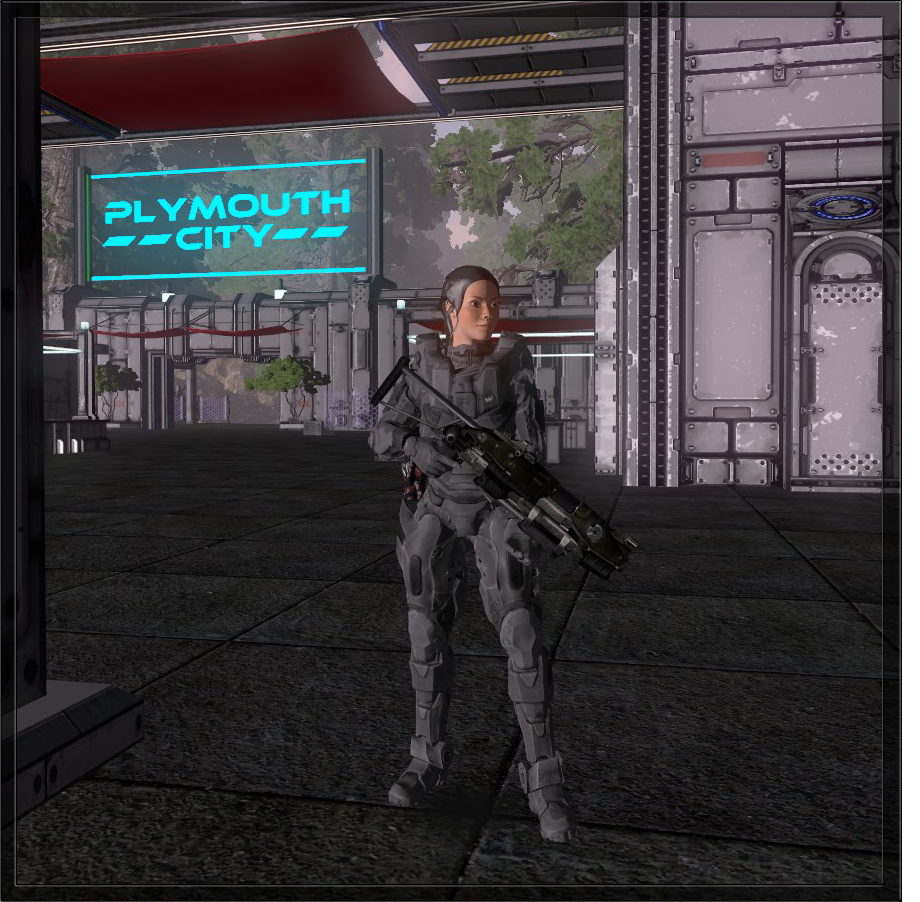 Due to the sheer amount of work ABT put into the 10.2 Update we have decided to adjust the release cycle slightly. To avoid confusion and bring the development cycle closer to the players, we have decided to release the 10.2 alone first along with some of our improvements, then focus on Condorslug (A01.00.00) and subsequent release of smaller patches and updates.

This should mean the players can see and contribute to the changes and will help internal testers, and players, with easier bug reporting.

10.2 Stage Testing:
Today we pushed ABT’s final build out to staging, it includes some of our own work with a lot of clean-up, notes on this are below. This is a big milestone for us as we no longer have multiple different builds on different servers. The servers will have the same updates at the same time moving forward.

Once we have done the initial testing for the 10.2 staging, we will begin bringing on the old and new testers. Each person that had applied and been accepted will be given permissions to log into the Test Stage server through either Steam access or Stand Alone access.

Stage testing is expected to take between 1-2 weeks of QA testing. Anything major found will be fixed and a live update done. Minor changes and adjustments will be added to the current dev build and pushed to staging in the next cycle. Though there is no absolute timeline yet for the 10.2 update and subsequent Condorslug updates, we do not expect the time frame to be too long between Testing and the release of 10.2. Afterwards, we will be able to focus on a rhythm that is focused on quality updates. 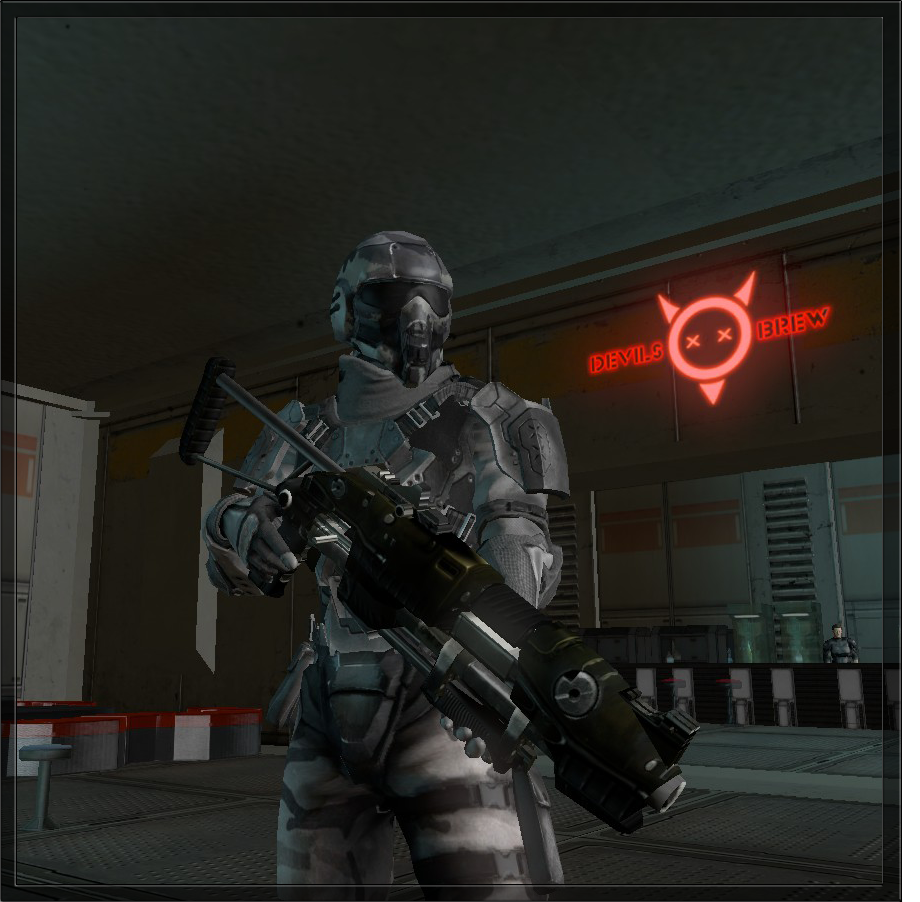 This patch is everything from 10.2 of ABT’s, the patch notes are here: 10.2 Patch Notes

When this patch is released we are past the point of using anything from ABT, putting us at a good point to start renovating and revamping the systems to give similar outcomes but more efficiently.

As mentioned, we will also be doing a wipe with this patch. Players will be able to login as normal, and be prompted to create a new character in a fresh world.

The patch does include a number of elements to do with ABT’s Tier purchase system, so character slots and inventory slots will differ. We haven’t touched any of this yet, but all feedback we get from you is good for when we get around to adjusting the systems involved with inventory, character slots and a few other adjustments and optimizations.

There are a few fixes from ourselves which we feel are ready to be implemented, it’s only a small list, but the highlights are:

10.2 Release: With the push of 10.2 going to staging, internal testing has started. There are a lot of patch notes and systems for testers to look into, but we are hoping it won’t be very long until we can push out to Live with a wipe.

When the Staging build feels good, we will push it to Live using same process as we did for 10.1, keeping an eye out on any required hotfixes or live pushes in order to make sure the game is playable.

What not to expect until further patches are done 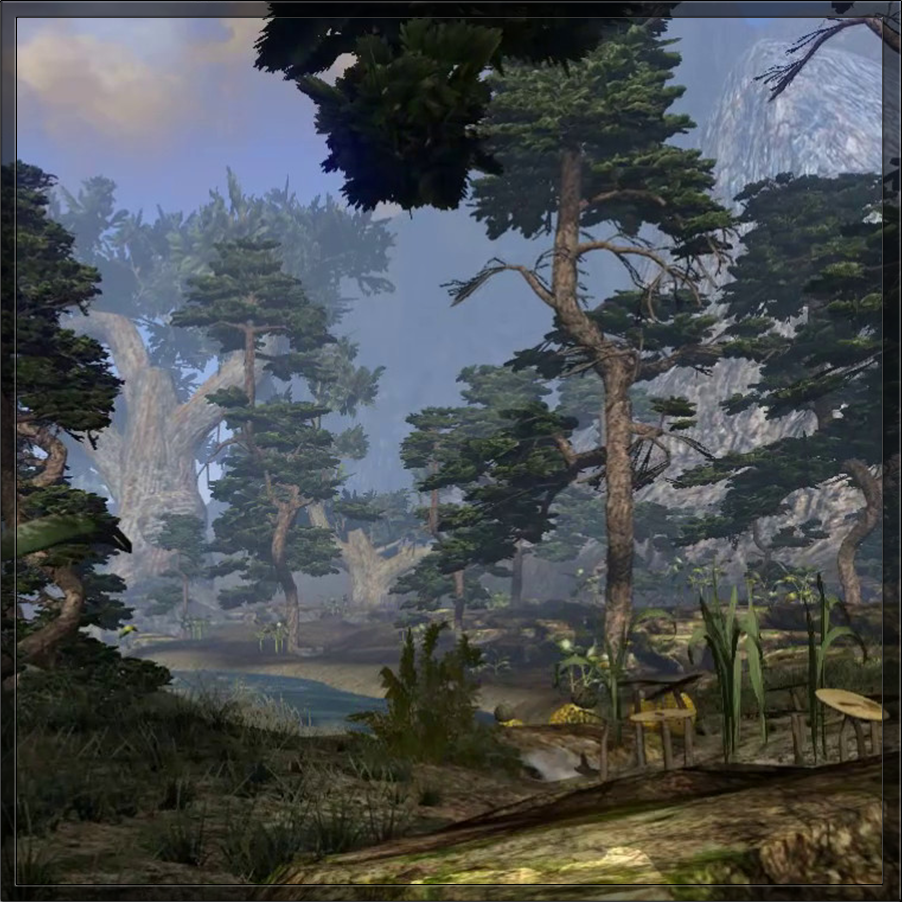 Though there is a lot coming into this patch from ABT, we also have a lot of smaller fixes and optimizations that have made it into this update. However, there are aspects that will not be able to come into the 10.2 update.

In order to provide the quickest development times possible, we have planned out a series of optimizations and adjustments to multiple systems. Most of these will be done in stages. As each is worked on you will start to see the performance gains as well as updated and new features.

Below is a list of some of the things that many of you have asked about but will not be completed or in this update.

► Area Transition Crashes: The area zoning issue isn’t going to be an instant fix, there are a lot of culprits causing this one, ranging from inventory and replication, all the way up to how areas are actually created and used. Problems still occur because:

The reason why some players experience this more often than others is in part, the above, combined with a) isp and speed b) wired or wireless connection, c) pc specs d) what else is using resources on the players pc.

Over time as the systems get cleaned up and or revamped you will see this problem dissipate over time. We have cleaned up a few of the most critical systems in the 10.2, so some may see a slight improvement already. We want to make sure that all players, no matter location, system specs or bandwidth can all play and have an enjoyable experience without the area transition crashes.

► New Areas: The New Tutorial and New World areas will be coming at a later date, after the systems are actually fixed up and usable again, we don’t want to fall into the trap of doing the current content, then redoing the system, then redoing the content again. You will probably see these starting to come into play with A02.

The first that you will see in upcoming Condorslug (A01.00.00) will be the new tutorial terrain and eventual layout. Terrain and World changes will be coming in first, then as systems are revamped you will see more changed to have a smoother game play experience. A lot of planning and details have already been done for the Tutorial and the World, and as we know the release details on these you will be notified.

► The New Art: The new art will be coming in upcoming updates as we progress through the new World layout. Organization, optimization and new art will be replacing or updating the current in game art to help performance and give a more updated and unified style to the game.

When it comes to the Hardcore servers we have a lot of other systems which are going to need testing first, getting a base game working well, and having everything implemented correctly. As we get closer to having these systems done we will evaluate the population of the game and see if we want to put up a Hardcore server or explore the avenues of having optional areas/rulesets within all of the other servers. (For example an area of the game with hardcore rules which players may or may not want to enter) 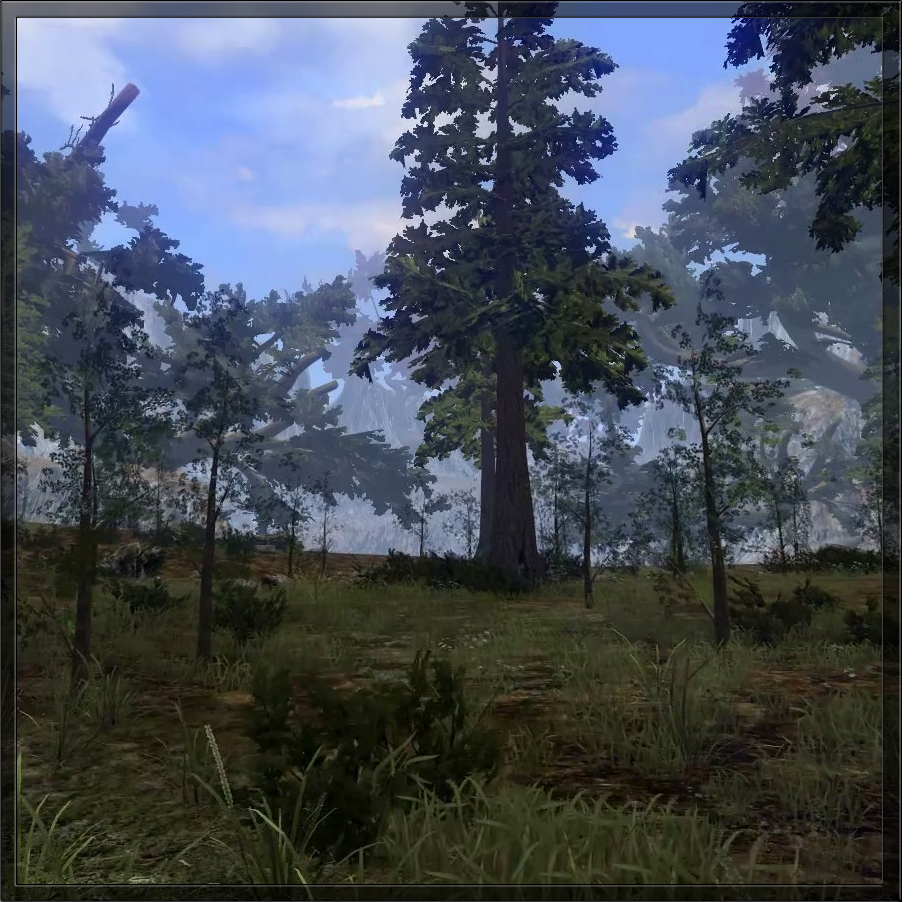 As we let the Condorslug move out you should be seeing Performance Increases over time and other new systems coming in to play, some systems may be turned on and off between the incremental patches, as each system is coming up we will notify the community and have testing on them.

During development, we do want to make sure that players can expect some of the older systems disabled for a short time while we work on the new systems.

Whether some of the systems will be temporarily disabled or not will be determined on the amount of work and the performance hit it has for you, the players. We will notify you ahead of time if we do have to disable any systems temporarily between patches and updates.

Some examples would be:

... just to name a few. We are also looking at the crafting, combat and character art in the future.

We have not forgotten about the other game systems either. As we progress through the more taxing systems we will update you and even ask some for some of your more in-depth opinions and ideas when we start approaching the systems like combat. However we want to make sure we have a good base to do these systems and clear planning to reduce the amount of rework and the time it takes to get you as the player.