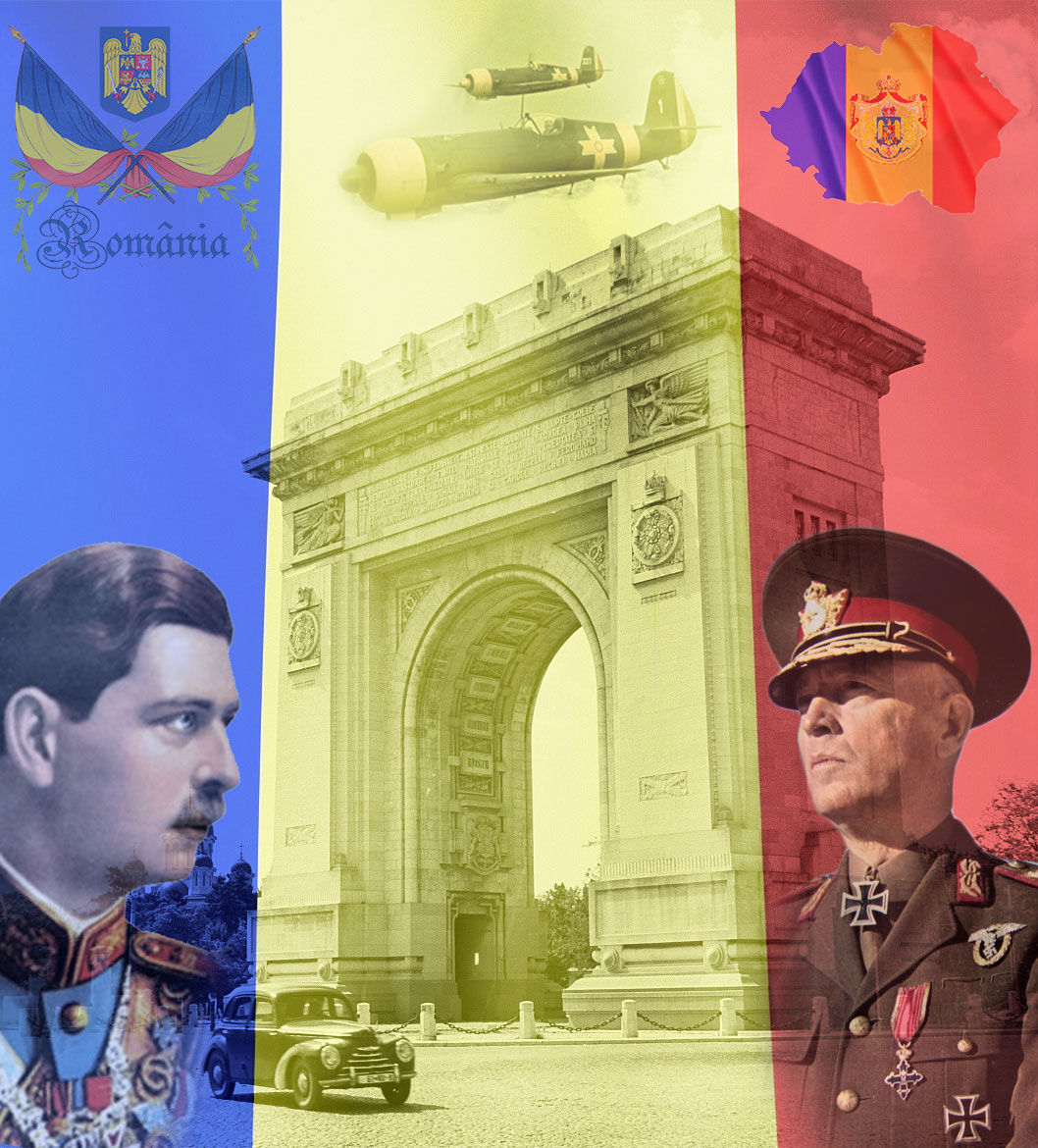 - Over 50 events added, including:
- Turn Weapons Event (triggered after Soviet Union conquers Moldova);
- Little Entente ( historical mode only);
- Balkan Pact event after 1940;
- An event chain that reflects the political situation during the prewar era in Romania. (full event only in historical mode). Includes:
- The elections from 1937;
- Carol II Coup d'etat;
- The change of governments before the National Legionary State;
- National Legionary State.

- Lots of portraits made by Red Beard and lancerlot99 ( with the vanilla background, hopefully ) for country leaders, generals, admirals, advisers.

- Historical mode should work fine now. ( there is still an extremely little chance that they will go on other unhistorical routes! ) , you also have the option at the begining to choose between those two game modes: Historical and Nonhistorical.

- Reset the country name to "Romania" for ruling party non aligned.
- Created an advisor for non-aligned (yes,you heard well!) and an event to happen just in case you are no longer a monarchy and have enough non-aligned popularity.
- Added numerous advisers for Romania in the political management tab.

Delete the previous Romania - Turning Point files and place the romaniannationalfocustree.mod file in
\Documents\Paradox Interactive\Hearts of Iron IV\mod
and the folder in the same place.

1. We want to thank Majestic Lemmings for his mod, Minor Sprites, that adds in the game all sort of equipment, tanks and planes... if that made you courious, you can have a look in here: Steamcommunity.com
2. I really want to thank to my mates Stapanu and Merwitz who were working even in the Christmas Day with me at 4 A.M. in the morning to release the mod for our subs as our Christmas Gift.
3. I want to thank Udecebal for his work at the events from Black Ice (Hearts of Iron III) that we used for Turning Point.