We apologize for the demo we released on Monday; there was a bug when we packaged the main menu.

Hello everyone, we apologize for the demo we released on Monday; in case you didn't notice there were issues with the camera when you started the demo up. This was a bug we had while packaging the main menu. However, we've just uploaded a fixed demo. If you've downloaded the demo before 8pm EST please re-download the demo and check it out!

For all those seeing this for the first time Clastle is a side-scrolling puzzle/platform game based in a universe beneath our own. The protagonist is a character named Nero, who (on the surface-world) is an elite assassin possessing talents of great magnitude. After his wife's murder, Nero kills himself in grief and is transported to the Underworld. The Underworld is being fought over by two opposing kings; the evil king Kerberos and the good king Titus. 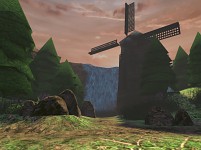 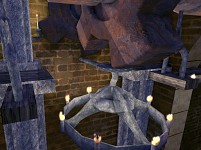 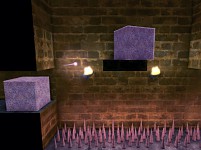 LOL I love the idea of this game. I can sense incoming rage while playing and thats just fantastic. The music fits perfectly with this trailer.