Next week, the demo will be playable in Paris. Buster, the most professional team member of SSS, talks about camera behaviour, transitions, Sony library, snow, rain, caves and unfinished screens. 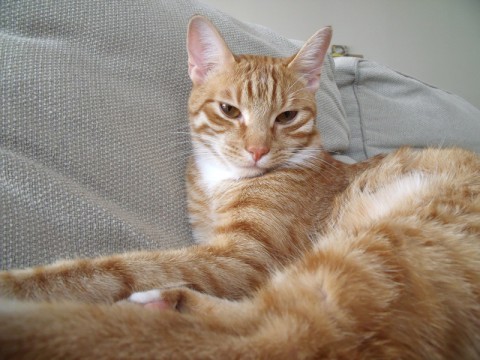 I’m Buster, the “product marketing manager” of Swing Swing Submarine.
You can call me “Boss”.

Don’t worry, Guillaume and William are not dead (yet) but they are really busy right now. So busy they didn’t took the time to write the weekly report about the development of the first playable demo of Seasons. Speaking of it : COME MEET THEM IN PARIS NEXT WEEK !!!

Well, I’m more professional than them so I’ll do the report. But let me warn you : there’s a lot of pictures and not a lot of texts. I don’t want to ruin my french manucure using this curious computer device you call “keyboard”.

Guillaume played with the camera by putting some constraints on the camera targeting. You can see two green circles in the image. One circle is the constraint, and the other one is the current camera target. It seems like it’s a funny game put I prefer my toys. 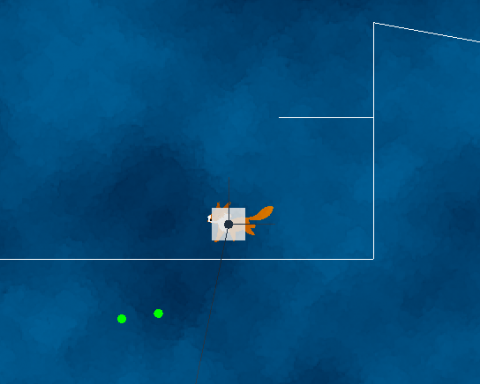 Especially when the orange thing falls, you have to be smooth and fast at the same time to let the human player see where it falls.

> Fade effect during transition between level

Now we can travel from the pink level to the orange level without experiencing a dirty cut. Guillaume is happy because he can do some stuff during the black screen. This is saving my super cat eyes because they were bleeding each time I was looking to their computer screens when changing level.

Now Guillaume can write things like this thanks to Sony lib. Before that, he was making is own stuff. Since he’s a poor programmer, his math lib was so inefficient that he wasn’t able to use SSE. Now yes, he can.

> Gameplay
- generic hole
- generic script unlocker, to unlock various gameplay element
- some script modifications to be in the good state when changing a season from another level than their own level.

Half the screens are gameplay and art complete ! Well, William still have a lot of work to do on the other ones, and he still have to finish the character(s) animations. 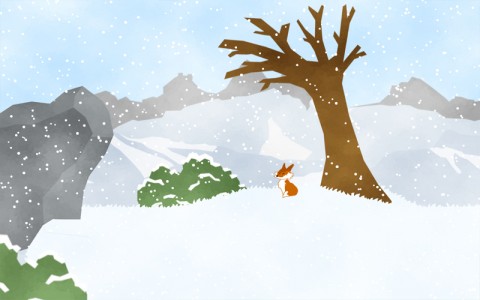 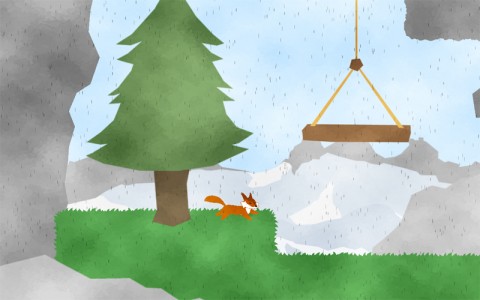 Screen #4 under the rain. 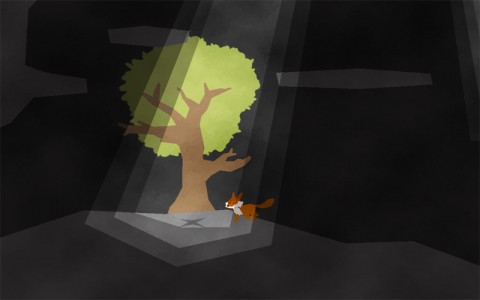 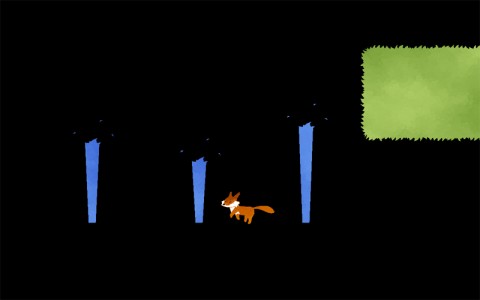 William, do you know you only have 5 days to finish Screen #10 ?

Ok, I’m done with the report and I need to hurry : don’t want to lose precious minutes of my afternoon nap. 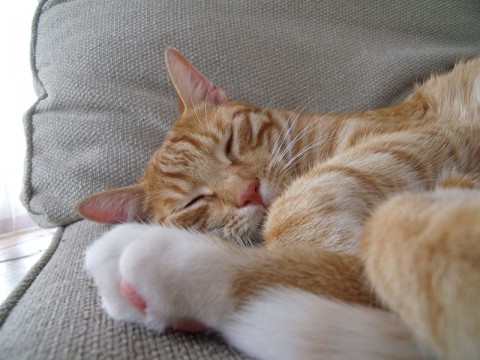 I really like the tree that grows in the cave because the sun shines just there. Very clever. Coming along nicely, keep up the good work!

So you'll probably like the mushrooms too :)
Thanks for your message !

Hehe, too bad, maybe we will meet another time, if we're still alive :)