You asked for it, you got it. This post should get everyone caught up with our development status.

It's been a while since we've had a general update, so I'm going to take the time and get everyone caught up with our current status, as well as discuss some new features. Please note, as always, the things you are going to see/hear about are still a work in progress and are subject to change.

As most of you probably know, we are introducing human intelligence into the game. Land of the Dead already had this, but we are expanding upon it further.

Throughout the game, the terrorist organization named C.O.I.L. responsible for the outbreak will make slight appearances and try to kill you. But you're not their only problem; the zombies will often attack the terrorists making it easier for you to take them down. 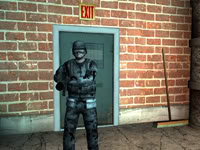 Our versions of the Terrorist AI are pretty nicely made. They will take cover behind objects, and communicate with each other, in efforts to make sure you go down instead of them.

We've been making good progress on the levels. All current maps are complete, with some needing gameplay additions. 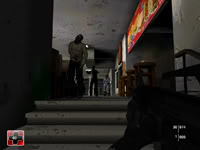 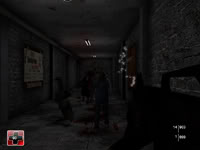 The story mode currently has 16 levels, with each one being long and unique. 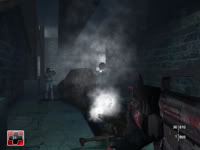 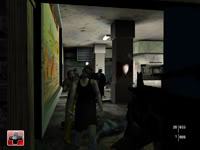 In addition to the story mode, we also will have a free roam gametype that has around 3-5 maps. 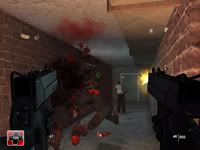 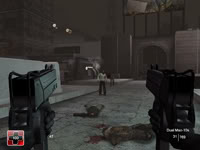 In the maps you can expect much more zombies on screen than Land of the Dead originally had. 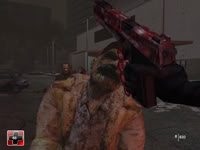 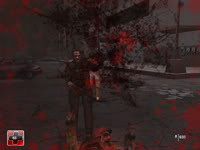 That's all for now, stay tuned for more media updates coming in the next few weeks!

Also, check out our wallpaper based upon SteelRavens "DE: Dead City" if you didn't already.
Click Here to Download

Nice update fellas, and I like the pistol/knuckle duster thing you've got going, however i'm a little unsure that it'd be the wise thing to do, getting blood all over a pistol would probably not be very practical as the blood would dry, causing jams and so on, but hey, I guess it's not designed to that extent of uh..."realism", so I like the idea either way, so long as it creates bloooood. :D

You underestimate modern weaponry ;) I've seen plenty of pistols coated in mud and all sorts of nasty crud that have been able to operate after wards. The amount of dried blood that would be on that pistol would not be enough to jam it.

Alright, let me be honest. I have played just about every single zombie game out there and let me tell you how frustrating it is being the only good guy or the lone survivor. Please if you are going to make AI please add some friendly SWAT units or Military so I can at least feel like some others are not insane. Just a suggestion, the mod looks great.

Looks sweet!!! Will there be iron sights??