A small summary of the changes that will be in the next release of Dawn of the Reapers. We are also including the release date so that you folks can look forward to the next release.

So with the rapid progress we have been making the last several weeks, I wanted to do an update to show you and demonstrate exactly whats to be expected with this glorious upcoming release. I want to start by introducing ARC, I would elaborate further but she is perfectly capable of doing that herself.

ARC will be almost constantly communicating with you in-game giving you updates, and telling you of galactic events.

On to the asset updates. Cerberus is almost done in terms of ships. Since the last release we have added 3 more Capital ships to each faction, as well as replace all the stock ships left in Cerberus. Each ship in game has been given its own respective voice overs courtesy of MEDiscovery who has been working overtime to help get Cerberus done! I spent two weeks updating all the skins on the Cerberus ships to better emulate the ones seen in Mass Effect. Included below are some simple before/afters for two of the ships that have undergone the update process. 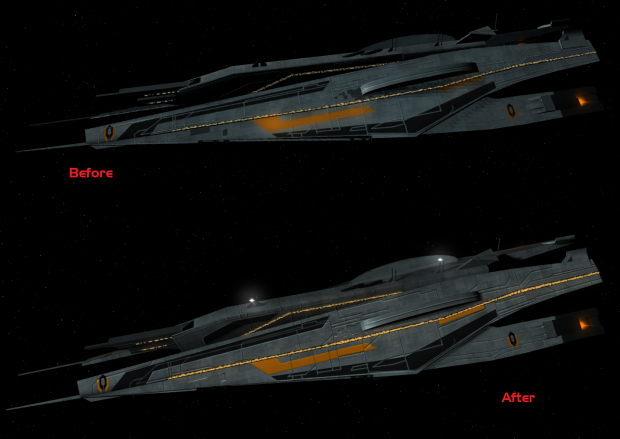 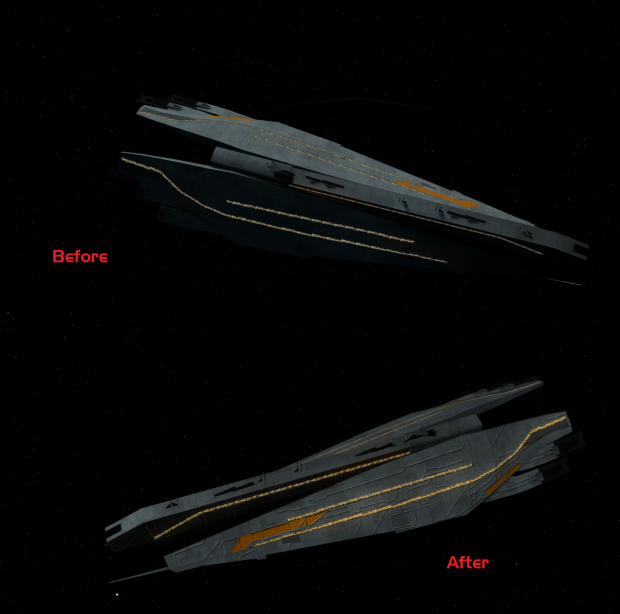 With new bloom shaders that we have been provided the ships now have that pop that has been missing for so long.

Included below is a small playthrough/Interview I did with Gul_Dukat of SA3 that includes A LOT of the changes that will be included the following update.

We are releasing Version .3 Onslaught on
February 21st, 2015

All Hail the one and only Lord_Set

There is a myth about Lord_Set. It is said that Lord_Set subdued Lord Gaben and made him his emissary in ancient times, even though there is no proof of this, and have provided Gaben guidance in times of great need.

They also say that Reaper_Armada was behind the founding of Steam and is in 'direct control' of it, and for every Reaper created, they celebrate by providing great sales on various entertainment items.

And someone has heard a small whisper, that Didact have been working undercover with FaZe clan to recruit MLG programmers and modelers to create Half-Life 3 and Portal 3, and plan to release both of them near the end of the next cycle while Reaper_Armada leads the invasion in Milky Way.

(Forgive me if I forget someone)

Even Lord_Set is not that full of himself as to spurn the wrath of Lord Gaben with such heresy.

Even the craziest of myths have a small basis in fact ;).

If that is the case of all this craziness, then I'll be the cricket.

LISA, please cancel all meetings past the release, thank you.

Congrats on the new update guys!

That Voice Acting is fantastic! It sounds fully professional. That is a rare thing in mods, so it is something worthy of praise.

I will certainly pass this on to the rest of the team. :)

Does this mean star-bases finally get guns?

Starbases by design in this mod do not have weapons, we are sorry to disappoint but starbases offer buff and other such thing that warrent their use but you must be ready to defend it.

Dawn of the Reapers Sins of a Solar Empire: Rebellion
Related Games