Dawn of the Mexica has been released and is now on Steam! DotM is an old-style (Nethack, DCSS) "true roguelike", yet with a modern UI and a very complex combat system which features a deep gameplay with light & shadows.

Dawn of the Mexica has been released on Steam for both Windows and Linux! 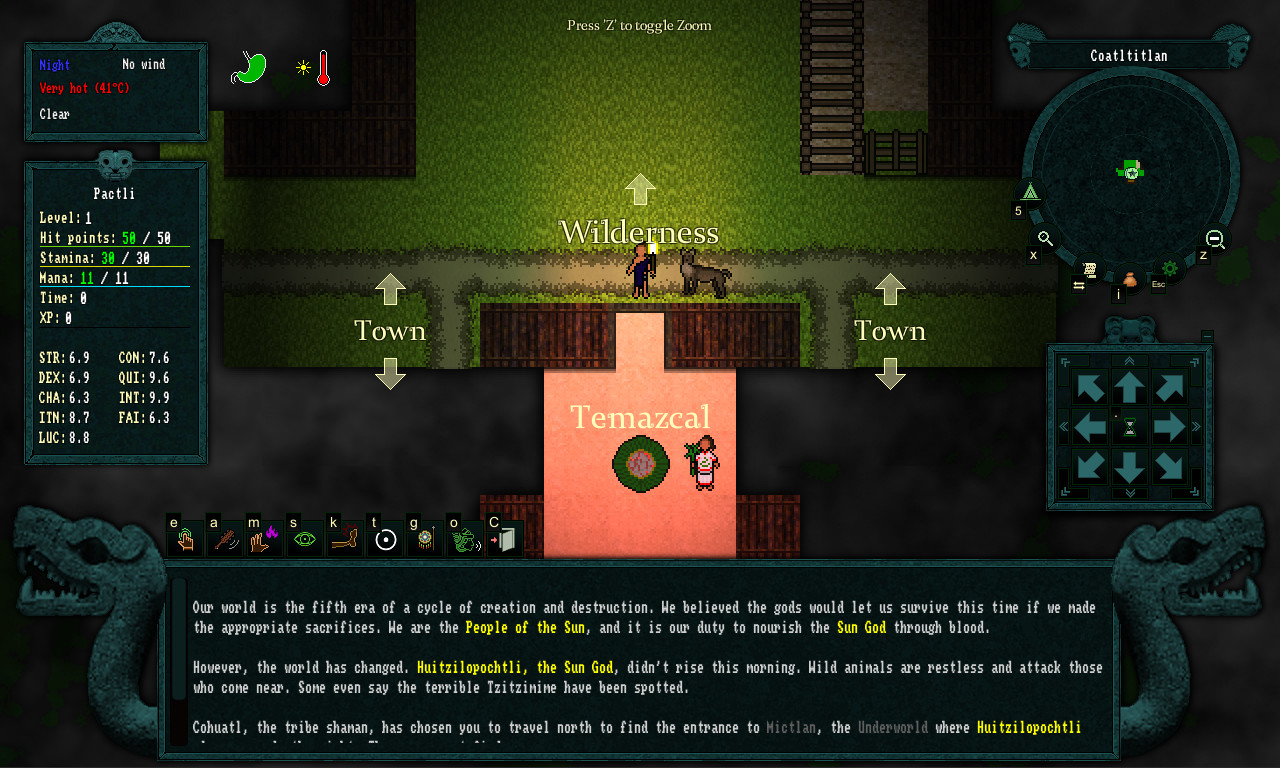 Have you ever wondered how it would be to sacrifice Hernán Cortés?

Dawn of the Mexica is a challenging roguelike videogame based on the myths from the indigenous people of the Valley of Mexico in the age of the Culhua-Mexica Empire and the invasion of the spanish conquistadors.

- Extremely complex and realistic combat system. Every weapon and armor type combination is taken into account, and there's more than a thousand detailed critical effects: Every part of your body can be injured or broken, burn and freeze. You can become blind. Or deaf. You may bleed, become stunned, knocked out...

- Complex character sheet with 9 stats, 12 Character classes, more than a hundred spells and more than 40 skills to choose from as you level up. 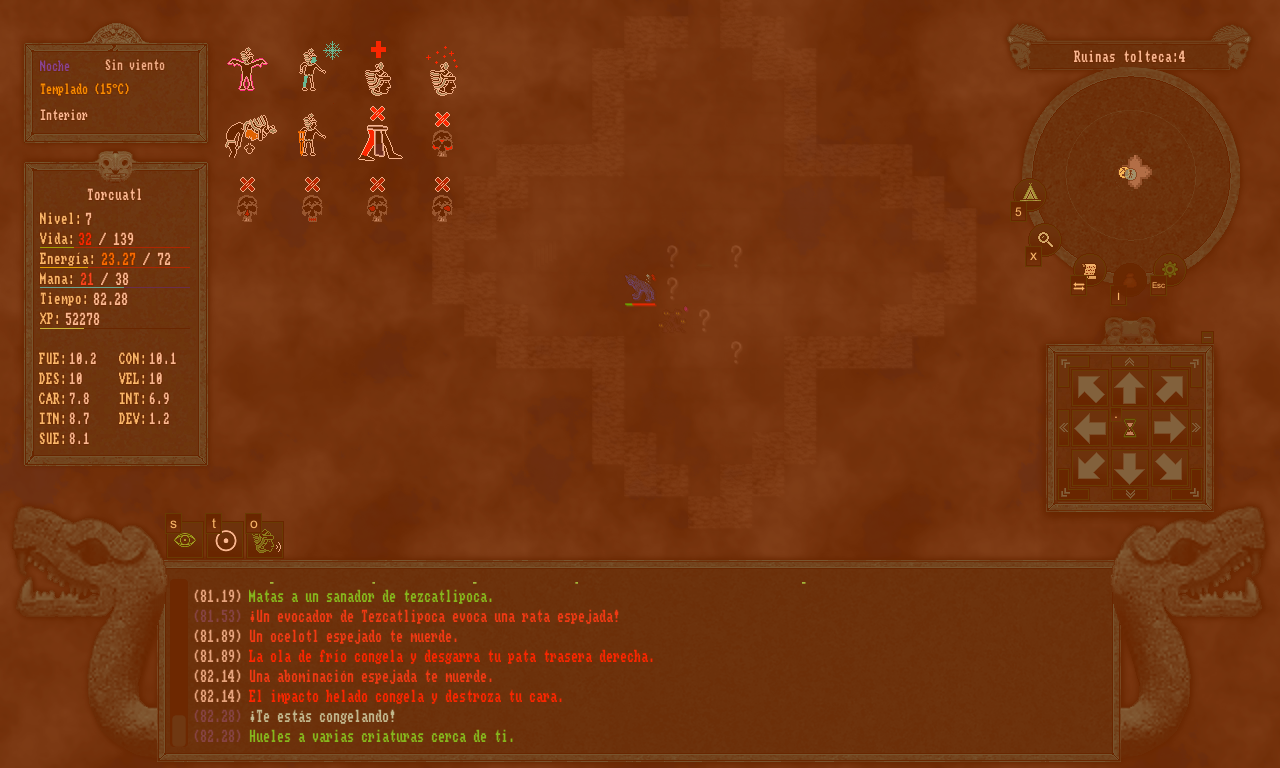 - Friendly and intuitive interface. Complex doesn't mean hard to use.

- Weather/survival system. Even a torch may change temperature around you. Be careful not to freeze nor faint from the heat!