This week I've been working on pathfinding, spawnsystem, and the player. Implementing the pathfinding NavMesh system, random loot spawns, and other things.

Posted by VoytechInteractive on Jan 18th, 2015

IT'S BEEN A WHILE

But development is going smooth, this week I've been working on pathfinding, spawnsystem, and the player.It feels like I need to start working on the antagonists and the new map, because the player is almost done with the inventory system.

Pathfinding, the most challenging part for me personally thus far in development. There's tons of different pathfinding solutions out there,and the tough part is to find what fits best with your game.For you who don't know what pathfinding is, pathfinding is a part of your AI, whenever you're moving your AI you don't want it to walk through walls or objects.That's why you use pathfinding, pathfinding is basically finding the quickest route between two points, without running through any objects.I chose Unity's own NavMesh for Darkest Night, it's simple, it's efficient, and it works for Darkest Night's AI.Since vampire, werewolf, and similar monsters are pretty easy AI's in terms of pathfinding, I believe Unity's NavMesh will work fine.

(Image below is a top-down view showing the pathfinding, and a navmesh bake image) 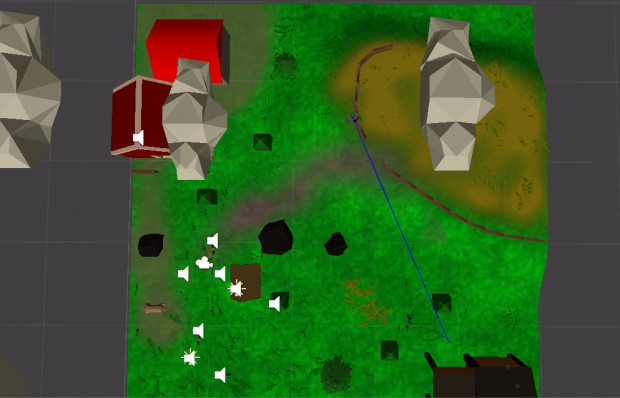 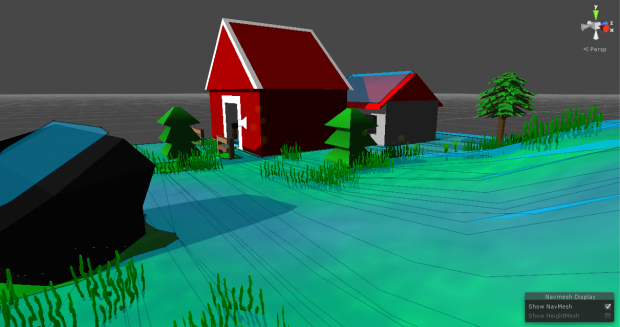 In survival games, you want the server to spawn loot at random points in the world.I have implemented a spawnsystem, and it spawns random loot in the world.It's very efficient for me as a developer to use an approach where all spawnpoints are connected with each building/spawn.For example a barn, the barn has 4 spawn points, with every server restart it spawns new loot in each spawn point handled by the server itself.And if I move this barn, the spawn points will remain at the same position, this makes it easy for me to design the new map.The spawnsystem has not been correctly balanced yet, and I will take feedback from people playing the alpha version regarding the spawn rates.

(Image below is showcasing the spawnsystem, the yellow spheres represents a spawnpoint)

I've for quite some time now working on solely the player, how the player can interact with the environment, how the player uses the inventory system, and other things.But now I feel like it's almost ready for the alpha version, which means I can focus on other parts instead of the player.There's still much polishing to do, but I think the foundation of the player is set.One thing I will complete before starting to work on something else is weapon management, how the player can reload their weapon with ammonition they've found.Weapon management will be quite dynamic in Darkest Night, so you don't need to open up your inventory each time you need to reload, it should be fast and automatic.

(The images below is first the blood screen, which is showing when the player get hurt. The second image is showcasing the wolf that's in Darkest Night) 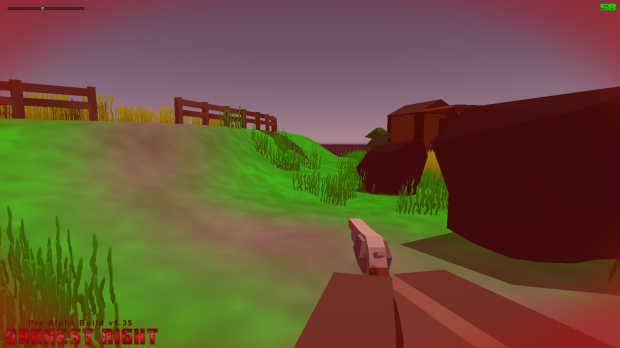 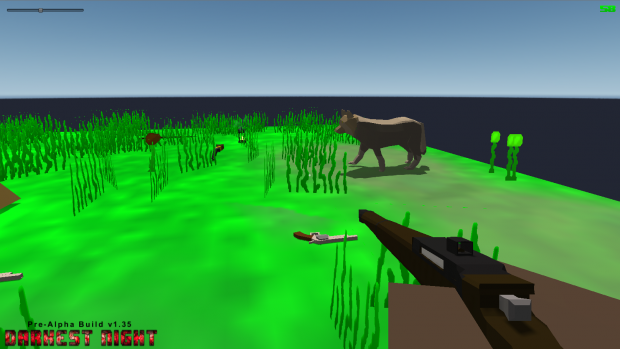 Next week I'll continue my work with the monsters, the antagonists.Working with models, animations, and AI behaviour. Antagonists is such a huge part of Darkest Night, so I think it needs more attention in development.I will also start thinking of new antagonists, 2-3 antagonists won't be enough, so I'll make sure there are enough before I release the alpha version.

Thanks for recurring to watch Darkest Night's latest news. And yes, the alpha is coming closer by each day passing, and I'm super stoked for others to try it.