This will be an image-heavy update - I meant to make this update spread out over the course of the past few weeks, but as it is wont to do, life got in the way.

As with the earlier iteration of the mod, each hero will have a special "hero support" unit; a unit that only shows up whenever the hero is the hero chosen for that map. Since the heroes are random on any given map, so are these hero support characters.

Now, I know my modeling work isn't the best - to be honest, while the different characters are fun to see and play with, my work on the new maps and modes are really what's most fun to me. However, because it is always nice to see something new and different (and because I always like practicing something I'm not very proficient at :) ), here are several of the new characters.

The new heroes for Dark Times II are as follows: 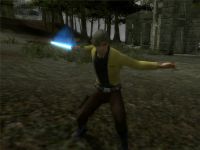 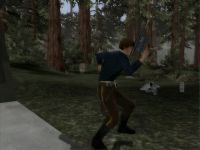 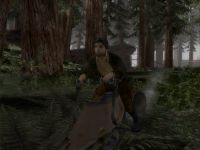 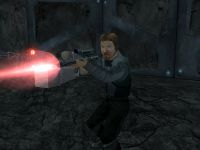 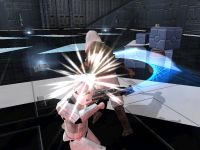 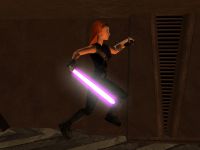 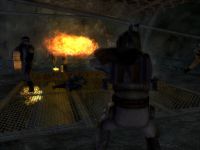 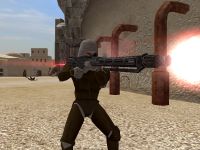 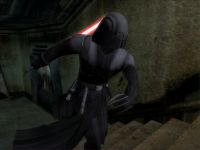 And here are their hero support classes: 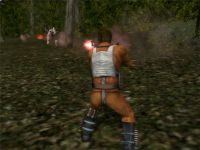 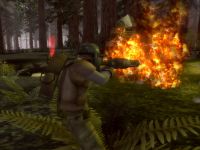 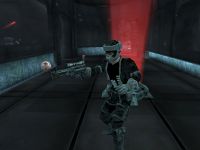 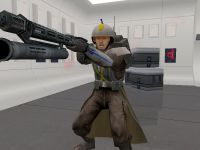 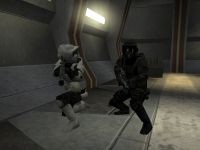 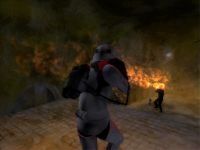 Both the pre-movie time period and the in-movie time period are possibilities for any given map. The way this works is that the game will randomly select one time period (pre- or during-). Then it will randomly select a hero (with their corresponding hero support) for each side from among the list of potential heroes for that time period. The heroes available in each time period are as follows:
Pre-movie: Bail Organa, Rahm Kota, Obi-Wan Kenobi, Starkiller (Light Side), Starkiller (Dark Side), Shaak Ti, Yoda, Shadow Guard, The Emperor, Darth Vader, and Maris Brood
In-movie: Darth Vader, The Emperor, Shadow Guard, Sith Stalker, Boba Fett, Dengar, Mara Jade, Rahm Kota, Luke Skywalker, Han Solo, Col Serra, Galen Marek, Yoda, and Vace Thermill

As you can see, there is a bit of overlap between the two (and none of the overlap was shown in the above pictures) to represent those people who were present in both time periods. Despite that, there's still a total of twenty heroes that you can potentially play from on any given map!

Are you serious xD
Imagine him walking around the battlefield :D
Hey, look at me, I'm blue xD xD
Did you ever read about him fighting like they do in Battlefront?
Noooo, because he was a officer of many skills, like tactical talent and his ''art-thingy'', but I doubt he would actually fight on the ground^^

Sith stalker looks cool. But, will you add some maps?

Yes, right now I have seven maps done and I'm working on more to be added. I wanted to get the unit news out of the way since I had that finished first. I'll update on the maps soon.

can you do a mod based in the yuuzhan vong war? please

That would be a sweet mod, would play that for days. Adding the coral-skippers and those big world-ships as the capital ships in space battles, the Voxyn as the "third" team. Maybe a map of the bio center on borelais. That would be the best.

OH! Can you somehow add a map that includes Mandalore the Ultimate?!?! 3950 bby is the time era Starwars.wikia.com and there is just some info. He is one of my all time favorites and it would just be such a joy to install this mod and play with my all time favorite characters