The Kickstarter campaign for Damsel, the speedy arcade platformer is live!

After months of preparation and design tweaking, Damsel is now live on Kickstarter. Here's the pitch: 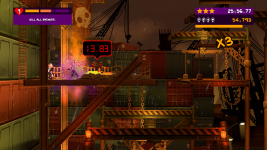 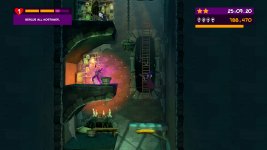 The Damsel team have worked tirelessly to get the game to a point where we think players will love and appreciated the attention we've put into creating a fun gameplay loop. The game has tight controls and super smooth platforming. For a score attack game that relies on combos and tricks, it was vitally important that moving the character be intuitive, as when you're in the thick of it, thinking about buttons is a death sentence.

Here's a little bit of gameplay from the Kickstarter demo:

Oh, and you can grab the demo and try the game for yourself by visiting the Kickstarter page here:

Soon we'll be starting an online high-score competition, so get those vampire bustin' fingers all warmed up!