After some search, i discovered that doing Damocles from Code Geass IS possible.

Right now i made some search and i just discovered that Damocles is possible to do, but first i will make some things clear: 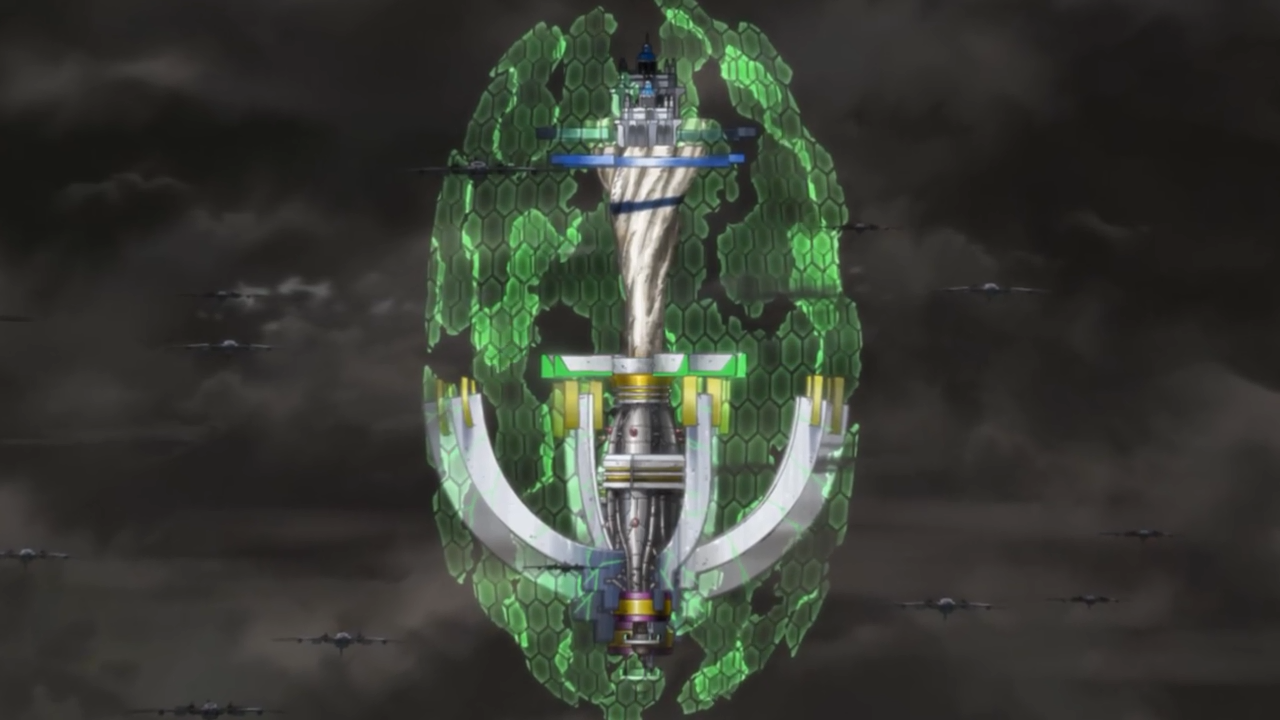 Damocles is the biggest behemoth you can ever imagine that is in the game.

Air Superiority: Once she's on the air, she will give 100% AIR SUPERIORITY.

Damage she can sustain: I think her HP is going to be around 10K

Damage she will deal: 0.

Why she will not deal a single damage? She throw FLEIJAS!

So, she is a true monster to do and the last air research possible, once she is in the game it's suggestive that you attack and destroy him as fast as you can, because she will give the superiority enough to destroy any region of the PLANET.

I loved to know that i could do the Damocles (Sky Fortress) in the game.