Listed below are some of the core features currently implemented in D-RPG.

Combat is a mix of action RPG combat and traditional dice roll combat (spells and attacks can be physically dodged while a skill check will still be performed once a hit is detected).

So far there are three primary stats in D-RPG.

There are an additional 5 primary skills. 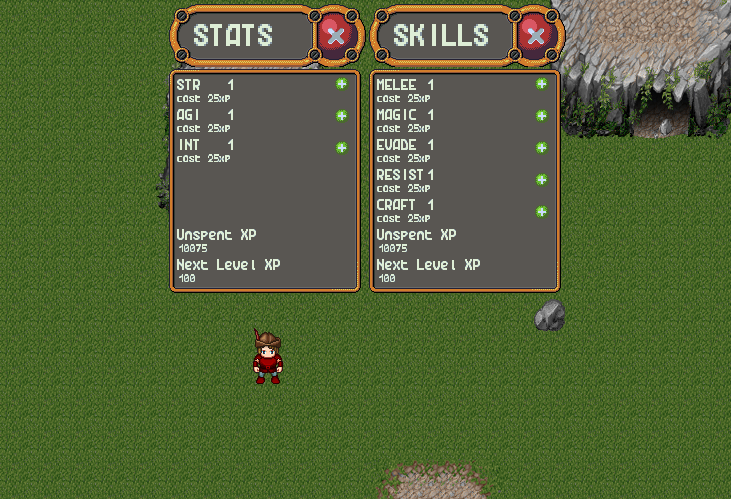 XP is awarded primarily for slaying monsters. XP can be saved and spent to upgrade stats and skills.

Loot rolls are random based off of a slain mob's loot table; all attributes for armor, weapons, and accessories are also randomly rolled.

Crafting in D-RPG is more of an upgrade system than a system where you craft items from scratch. Crafting materials can be found from farming mobs which then can be applied to a piece of armor, weapon, or jewelry. For example, a Steel Bar can be applied to a weapon or armor piece to increase either the damage or armor level of the item. When applying the Steel Bar a probability will be displayed based off of the number of times the item has been upgraded versus the crafting skill of the Player. If the dice roll is successful the item is upgraded with a bonus stat. If the dice roll fails the item is destroyed along with the crafting material.