Quick update on the current state of the game, along with screenshots of some of the latest game assets.

So where is BHB at right now? Well I've been developing this thing in stages and simply don't move on to the next one until the current one is done, and as a result there are obvious things that haven't been done or finalized yet which I will be getting to eventually (you know how it is).

Right now I have a tech demo version of the game done, that one was finished a while ago. It's sort of a one level condensed version of the game, mainly for showcasing purposes. So that one is done, and since then I've been working on the first actual level of the game. The level layout is complete and everything
has been blocked in, with the important placeholders all in place. So with that done, for the past week or so I've been working on the semi-final game-ready versions of the placeholder assets. There are a
lot of assets to make, but things have gone surprisingly smoothly and I've been able to get a rather large number of assets done in a short amount of time. Since my last post (one week ago) I've made about 10
game-ready assets, including a custom-made lens flare. So that makes me feel quite accomplished :)

Here's are screenshots of a few of the assets (the turbine looking thing, the trap-door type thing, and the support column type thing). 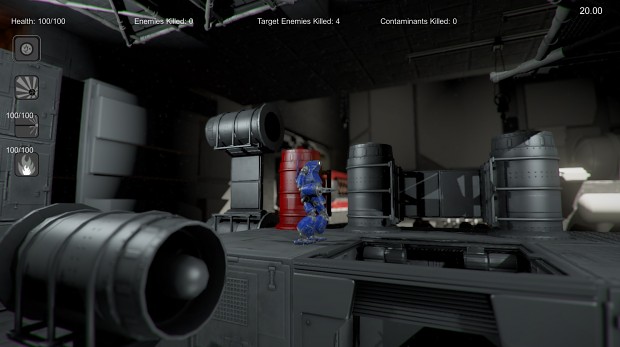 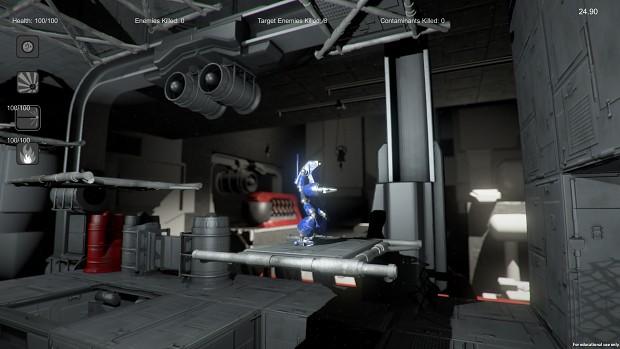