A few weeks ago we have silently released a public Beta version of the Crossfire 2.0 Mod. Crossfire 2.0 contains 43 exciting main story missions which extend the original game and will lead the player to an epic showdown. New exciting battles, cutscenes and discoveries await you. Are you read for it? Can you unlock the 44th mission (bonus mission)?

In 2014 we had to deal with lots of critics regarding the overdue Mod release. Infact the development of the Mod took much longer than expected in first place. There were many reasons for the delay, such as technical problems (as we were really working at the limits of whats possible with the game engine), the sheer size of the Mod, community feedback and wishes which convinced us to add even more content than originally intended. The amount of time and work we have invested to build the new version has been massive.


I wish I could say that all the work is done, already.
A few weeks ago we have silently released a public Beta version of the Crossfire 2.0 Mod and since that we have been pretty quiet about it here at ModDb.
We knew that the singleplayer part of the Mod was working flawlessly, but our server software (which has been completely rewritten for CF 2.0) required a step by step testing and debugging period. We decided to go through that procedure with the core Crossfire Online Community. It was the best possible test environment for us to locate and fix the most urgent problems aswell as getting qualified feedback from long term Crossfire players. Every day the Mod and server software are getting better and more reliable.


Since we clearly didn't want enter the Mod Awards 2014 with empty hands you are free to download the latest Beta version of Crossfire 2.0 at www.swat-portal.com
You will very soon notice how much work went into this massive Mod which truly can be called the "Freelancer sequel".
But please keep in mind that this is just a Beta version of the Mod and that we are still working on the Multiplayer part of it. Many server features are currently not even active, but we will change that bit by bit in the next few weeks.

As long we are still Beta testing the Mod we will not provide a Download for Crossfire 2.0 here at ModDb. You will only be able to download it from www.swat-portal.com since we are from time to time updating this download. When all tests are done we will of course release a final version of the Mod here aswell. Until then the only valid download link will be at the SWAT Portal website.

If you need help or if you want to report a problem then use our Bug Tracker. We will take care of the issue as soon as possible.
We will not give any support here at Moddb (we don't have the time to do that on multiple websites -> so use the official Bug Tracker)

Crossfire 2.0 contains 43 exciting main story missions which extend the original game and will lead the player to an epic showdown. New exciting battles, cutscenes and discoveries await you. Are you read for it? Can you unlock the 44th mission (bonus mission)?

Crossfire 2.0 does not only show you the end of the official storyline, it also allows the community to develop and add new side stories. New bonus missions and side stories will be added to Crossfire in the next months and years. Be part of it... be part of the development... be part of our community.

Please vote for Crossfire 2.0 and support our hard work at the annual Mod Awards 2014.
Click on the green "vote for this Mod" button and support us and our future projects this way.

Thank you in advance. 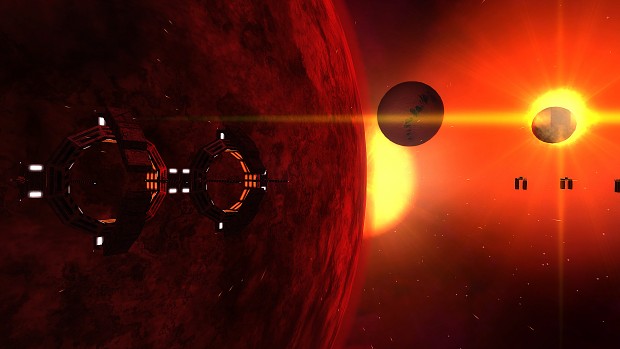 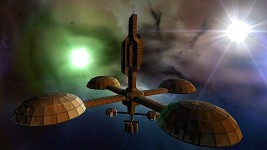 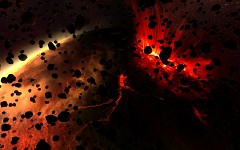 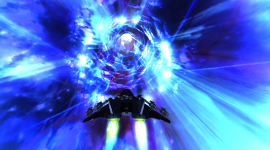 This looks fantastic, can't wait to try this mod.

Better reserve some months if you want fully explore it :)

I can't wait to play this mod, i've been waiting like a little kid for the new release.Thank you so much you are the best.

Help - I can not find a direct link to the beta release.

Oh my ! I wasn't expecting that at all !!! I'm already drooling !
Thank you for all your continued hard work Crossfire team !!!

There are certain reasons when this happens, maybe a corrupt installation or something is missing or was altered by you which should not be altered. Please report that problem in our bug tracker. There you can get help of the community to resolve your problem.

This was a clean install, I followed your instructions to the letter and haven't "altered" anything. If the help from the community is going to be "maybe you altered something?" then it's not exactly much help.

I'll maybe post a bug report tomorrow, but it's going to be the same thing as here.

Trolling attempt? :) ... how many times we need write that support will be done ONLY on swat-portal? We heard exactly this more times 'i did all to the letter' 'I did not changed anything' ... and guess what, almost every time it was something on user PC what caused problem. Please do report in a way which we politely asked for and we will try our best to help.

Please check in article above part "Download, Support and Feedback" .. you have link there (on portal please look into FAQ section). Atm is mod for download only on swat-portal. Article also explains why is this done atm such way.

Swat-portal.com
is link to FAQ, you have there in detail described install info, link to download section and also answered other questions.

I downloaded the ecrossfire 2 mod several times now, because every time I start extractin it says file corrupted.
Checksum error in Crossfire2setup-1a.bin. The file is corrupt
Crossfire20setup.zip: The archive is corrupt
I tried different mirrors but it's always the same?
What could it be? I really want to use this mod.

That usually indicates that you internet connection suffers packet losses. Your provider should check that.

You also can try to download the file via a download manager. There are multiple good ones that are for free.

I think a print type in game menus is hard to read. It beatifull, but... Think about it please.

what are you actually talking about?
Thousands of players got it running without any errors... maybe you are just doing something wrong.

Oh and thank you for downvoting for even trying to ask for help.