With Crossfire 1.9 we once more have decided to release a major Freelancer Mod that breaks all limits. Eventhough we keep focusing on the graphic elements much more new gameplay elements will be introduced.


With Crossfire 1.9 we once more have decided to release a major Freelancer Mod
that breaks all limits. Eventhough we keep focusing on the graphic elements much
more new gameplay elements will be introduced. In the past we mainly focused on
the Multiplayer aspect of the game while the Singleplayer only took benefit from
that indirectly. We still put much importance on the Multiplayer as this remains
most important for the developemt of the Mod, however we also decided to create
a full Singleplayer campaign and will do some neccessary balances to the
Singleplayer mode.

The story always was most important to us. That gets reflected by the already
existing amount of story quests and short stories. Now we take the next step
developing a complete storyline that links all existing story elements. This is
probably the toughest we as Mod developers have done so far but we like
challenges. We even will make use of new cutscenes and a relative dynamic story
telling. 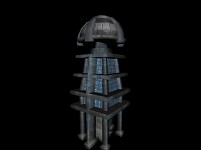 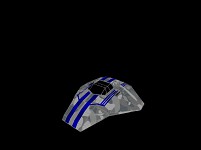 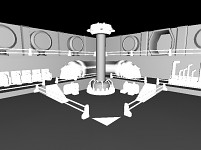 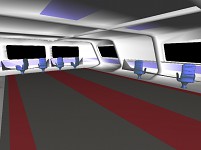 Next to the storyline we would like to concentrate on improving existing
parts of the original game. Graphical improvements on Solar Objects
aswell as on Characters and sceneries will be introduced with Crossfire
1.9. A modern look for a modern Mod. Our dev team will also take care of
the many player suggestions that we got over the past months. This
includes a slightly different balancing and the introduction of various
new features that will improve the gameplay. One of the requests was
about the intruduction of new battleships. They are coming... 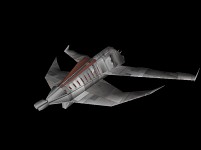 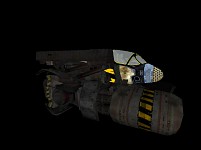 I would like to use this opportunity to thank all the people which have
voted for our mod. It is the fourth time in a row that Crossfire got
nominated to be in the Top100 and we are glad to have such a cool
community. Every vote keeps out motivation high to develop such a good
Mod.

Please support our project and keep voting for us at the Mod Awards 2010. Thank you.

Great work! As always :-D If you can manage to make a campaign with cutscenes and everything it would be fantastic! It's gonna be difficult and time consuming though.
Keep up the exellent work!

Hoping for an early release of a new version

if you need any help ive already made a single player campaign, you know i'm available.

Yes, we will need every help we can get. Tons of ideas and only limited time.

Hi SWAT, need help in playing single campaign. need to know how to get into the innercore system at Omega3. People are telling me I have to kill ancient drones to allow me to do this... Have been everywhere in your mod except innercore, need some pointers m8.

But I must say that this is a truly awesome mod, thanks for keeping the dream alive, you have made an old gamer very happy indeed.

i have idea mabey 2 new Jump Gates in X-3043 and 1 is called ASF Home system and another in X called CSF Home system and we can get stuff like ASF/CSF lisences and when is system it could have clan bill bords thats in that type like |PX| and that for CSF :) Also another Idea mabey Put a museum system of showing stuff like inner core and that but doesnt show any clues or anything :)

Can I play crossfire 1.82 with joystick ?

HI SWAT!! im thinkin of a epic idea 4 multiplayer- to build and run you own base soo cool to buy ships weapons and commoditys 4 it. great way 2 make money aswell!!!! hope u like the idea-pieguy

awesome mod please let know us when will it be ready for download.

please where are i can download Crossfire 1.9 ? or later?