Ian talks about the different weapon abilities, all the new enemies, and their interactions.

Hey everyone! Happy Thanksgiving! Ian here, the designer and artist working on Crimson Keep. We've had a productive several weeks despite a multitude of distractions. First let's talk about weapon abilities.

Weapon abilities are abilities like any other in the game, but are slotted in when a weapon is equipped. The ability varies by weapon type. A two handed sword (like in the image above) has a cleave ability, that does a percentage of the weapon's damage in a wide arc in front of the player to multiple enemies. The one handed sword type, despite gaining damage from the same skill level (slashing) has a different ability. When we get around to adding shields to the game, the block ability will replace the weapon ability when a shield is equipped. Creating an interesting trade-off between offense and defense. I think players will enjoy picking weapons based on their preferred play-style. The functionality is also there for unique abilities for artifact weapons, like a sword that can shoot fireballs.

We made several new enemy types that are already making the game more interesting to play. One of the hallmarks of great action rpg design are varied and interesting enemy types that form their own puzzle dynamic when grouped in different ways. Some enemies can now resurrect and heal certain types of beings. The environment has also started playing a larger role.

The flying skull enemy flies towards the player, once in range initiating an exploding attack that the player has a short time to get away from. This attack also does friendly fire damage to other enemies, so could be used creatively. 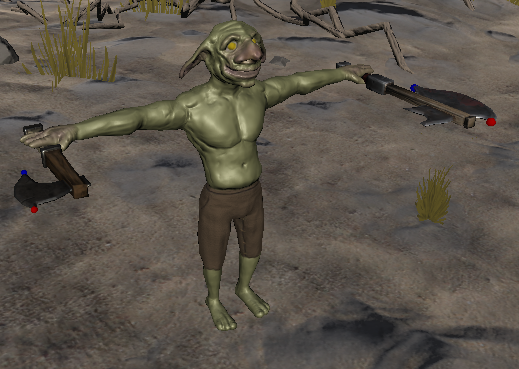 The Imp Berserker wields two weapons and does a quick attack using both, triggering damage twice. The rage of battle induces a high in the berserker, increasing its attack and movement speed the more damage is taken by surrounding entities. 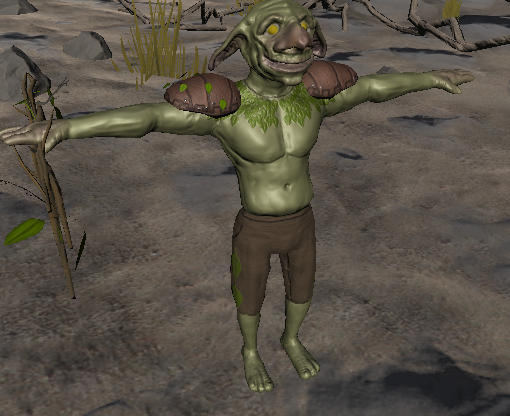 The Imp Druid harnesses the power of the wilds to shoot snaring projectiles, heal living beings, and protect itself with sharp brambles that damage melee attackers. Dangerous for their healing abilities, though their natural source of magic doesn't allow them to heal the undead. 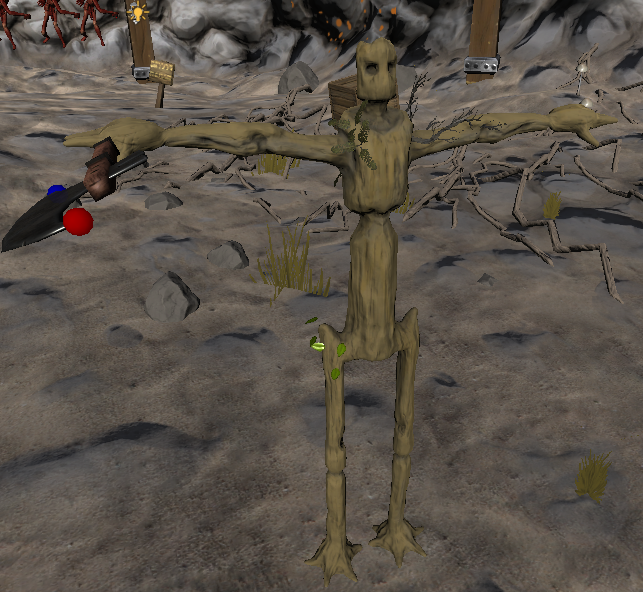 The Treeman Warrior has a dangerous halberd with a long reach. It does fast combination attacks, some of which have so much force behind them they cannot be parried. They call The Grotto their home, and prefer to be near bodies of water, which enrich their bodies and heal their wounds. 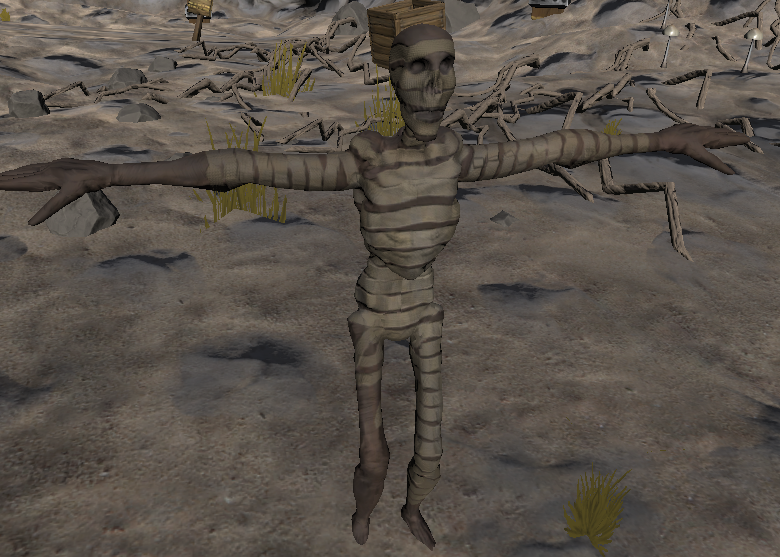 Mummies are not an incredible threat in their dried, decrepit form, but if blood of the living is splashed near their dead body they will be revived and empowered, becoming much more dangerous. 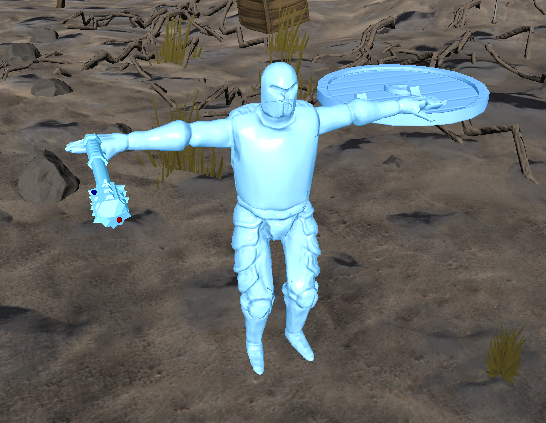 Ghost clerics are heavily armored apparitions that can revive the freshly deceased. They are a target that should be prioritized if in the presence of living creatures that can benefit from their resurrections.

Let me know what you think of these enemies types!

Maybe consider elements of Dark Soul's combat system, holding a weapon with either one or two hands as well as being able to freely equip any weapon or shield in any hand.
Holding the item in your right hand or with both hands does the same thing if you can change grip. The two attacks are either fast or powerful. weapon in left arm makes you either parry or block and fast attack. Maybe you'd want some inspiration from their system.
Parrying in that game has to be timed right and if done allows for a ripost if you attack after the parry. Ripost damage is quite a lot.
ALso consider dual wielding swords to increase damage by simultaneously using both weapons.

Good suggestions, we plan to add dual wielding for certain classes, which will (like the shield) replace the primary and secondary attack. For example using two swords together might give you a special secondary attack that you don't get when using a dagger and club or something.

I'm pretty into the souls series, and while I like the consistency of the 1 hand/2 hand system the game has, it doesn't always meld the best with the rest of the design. 2 handing weapons typically doesn't do a crazy amount more dps, and certain weapons make zero sense to 2hand (daggers, wands), it mostly comes down to the character's build. If you have the strength to 1 hand and hold a shield, that's always the dominant strategy, because 1hand attacks aren't significantly weaker or slower.

the art style is unmistakeable :o
there better be online high score lists of the best dungeon raiders if it the dungeons are randomly generated

Leaderboards and dailies are something we would definitely like to do!