Fellow fans of Creature Chaos.
Again it is time for a prerelease update, namely for the last one. Progress on Creature Chaos 7.0 is well under way and I strive to have it released within at most a month. The campaign is nearly finished and all 3 creatures have been completed. However there is a lot of minor things left to do, for example fixing the whole cut-off texts issue, which is not as easy as it might seem. Either way, here's the last of the three stock creatures, the Grasshopper: 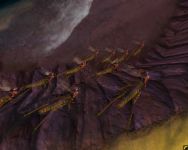 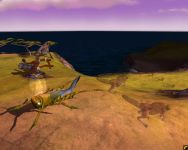 At this point, again, I'd like to state that I shall be gone until sunday, thus will not be able to continue work on CC or be available on the forums. On another note, Doggie might release a small balance patch, fixing the more pressing issues of previous CC versions. This would only be announced on our forums.

Reminds me the antlions from half-life 2:D