The slew of new features that have been added to my (unofficial) spiritual successor to Blast Corps: Crash Co.

In my journey to create a spiritual successor to Blast Corps, I have added many features to make it more familiar. First-off, the introduction flyby showing you both the map and the objects which will need to be cleared has been fully implemented. Using the objects which I have already set as "in the destruction path", I temporarily change their material color to red so that they stand out for the flyby. After which the helicopter will fly over the path and lower the player in to their starting vehicle for the level. 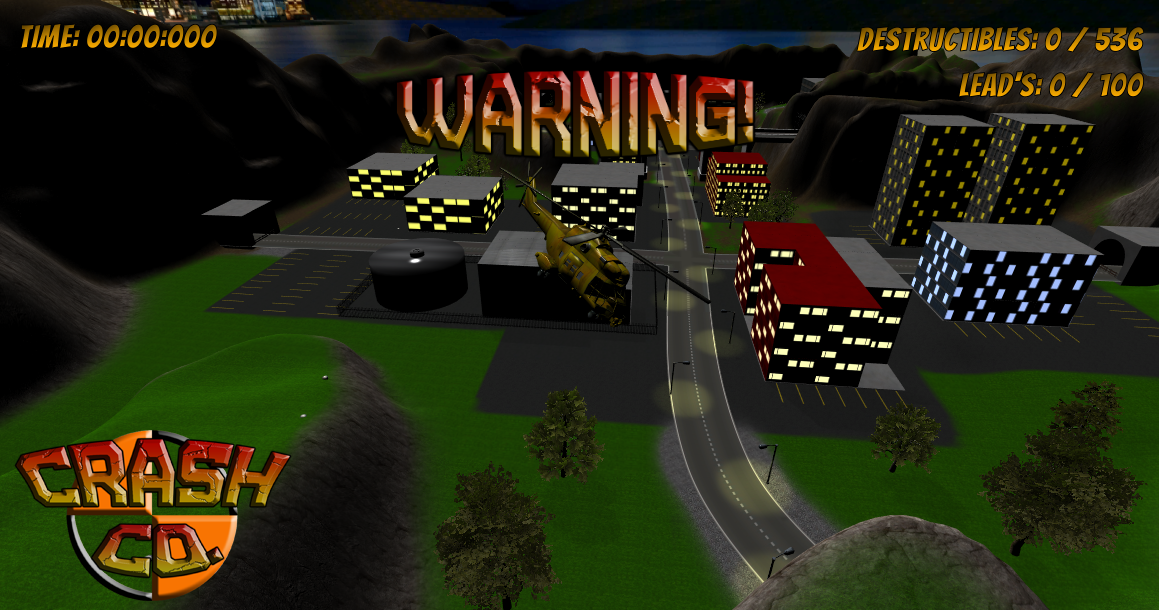 Next-up is some progress on the levels themselves. I decided to go with a night-themed downtown are as my second level so that I could showcase the building cascade effects (as in you demolish a lower section and the ones above it follow). This was something that I had implemented in the early prototype phase but never got to show-off in the first level (being that it is based in a rural farm/residential area). 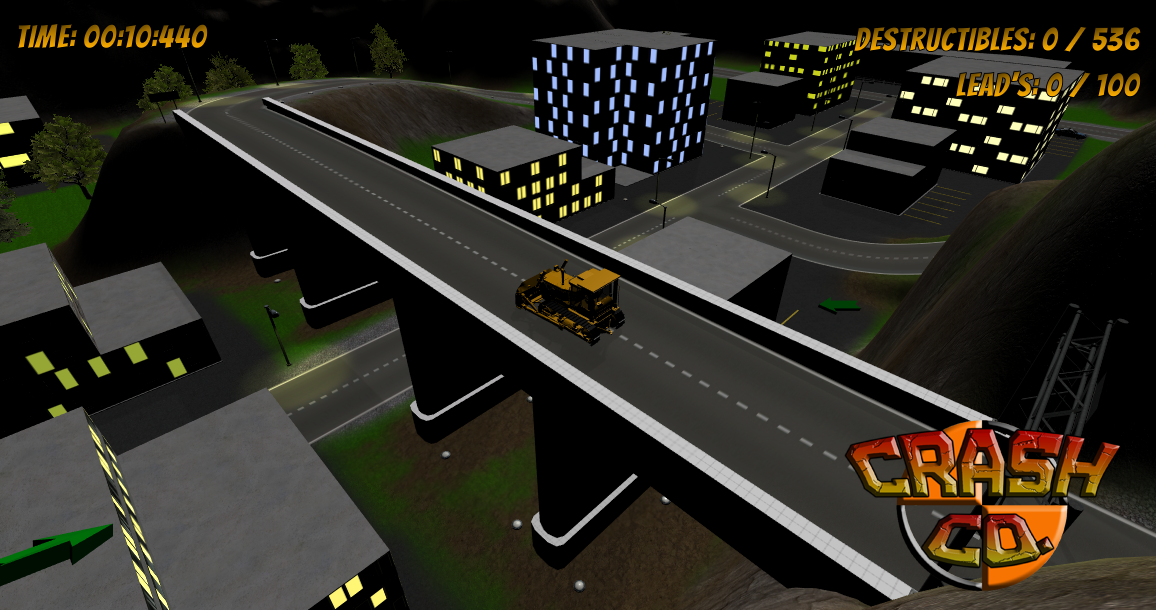 Once the semi gets close enough to a building/object in its path, I decided to implement a picture-in-picture type event so that not only could the player continue doing what they were doing, but also see just how close or specifically which object the semi was about to collide with. The music changes, a warning appears, and the live picture-in-picture camera shows up. 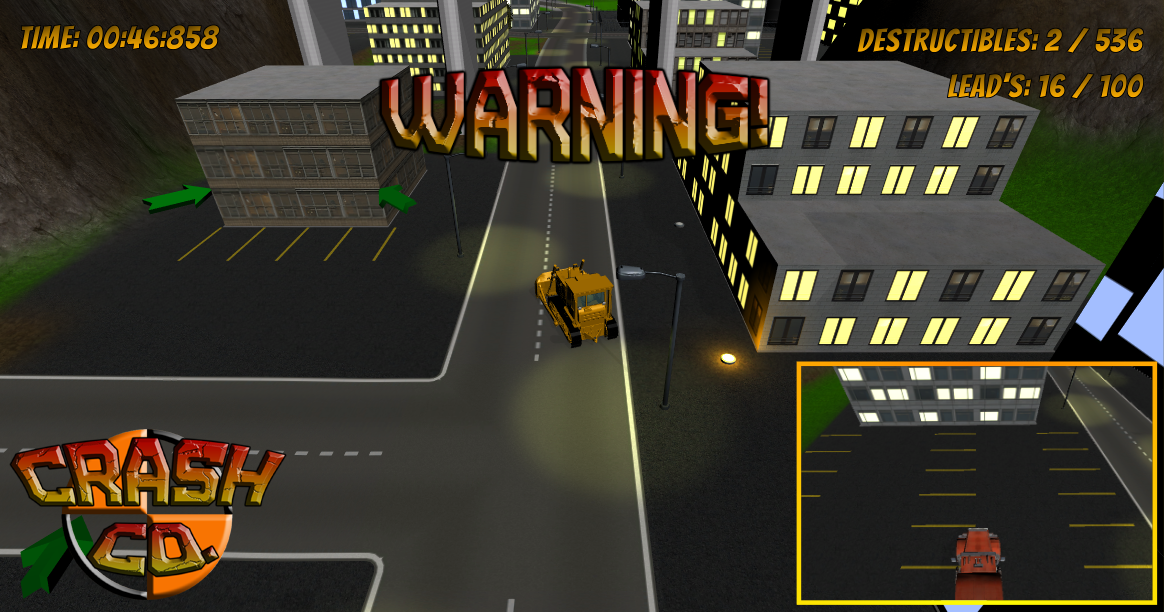 Now that I had a downtown level to showcase the building cascading, I needed a level to show off another vehicle. Being that it's a helicopter, I thought an industrial coast with multiple islands would not only provide a change of scenery, but a reason to need a helicopter to demolish everything. This also provided me a chance to work on the water shader, how to handle respawning of objects that fall in to it and best of all, an electro-magnet crane which can be used to move objects and vehicles. 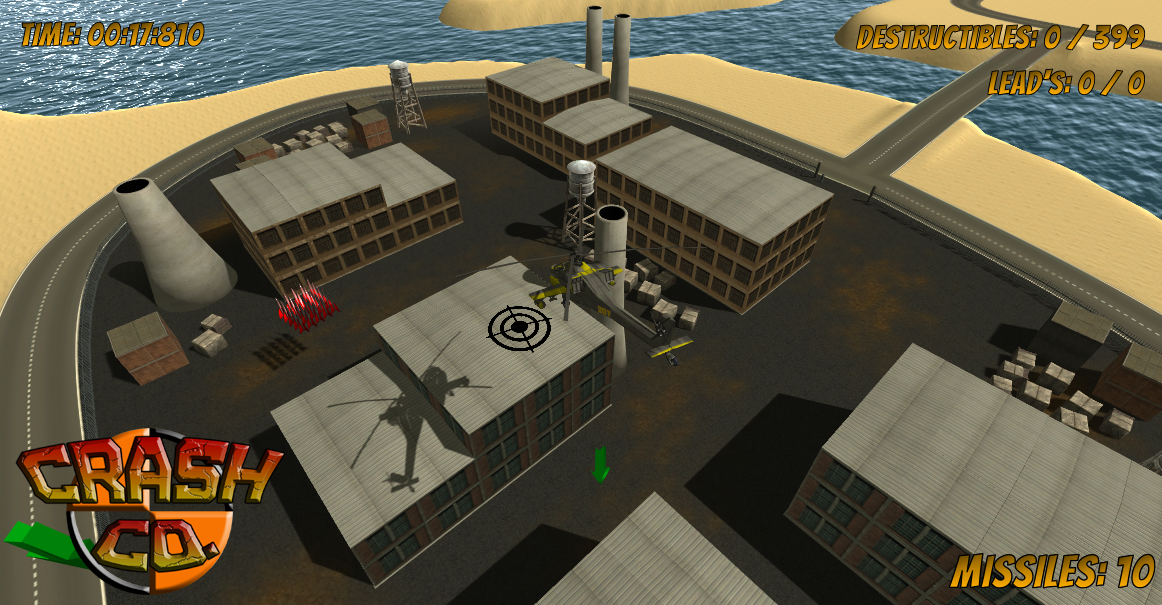 Among the industrial buildings, I decided to include some highly explosive containers and large concrete smoke stacks (which require a lot of damage to destroy). As I was playing, I realized that missiles needed a limit so that the player couldn't just fire them off without concern. Now missile "packs" will need to be picked-up in order to replenish the missile supply. I'm still town on whether or not I will provide ample missiles for the player to fully clear the scene in one-shot, or if they will need to revisit it to clean up the remaining buildings. 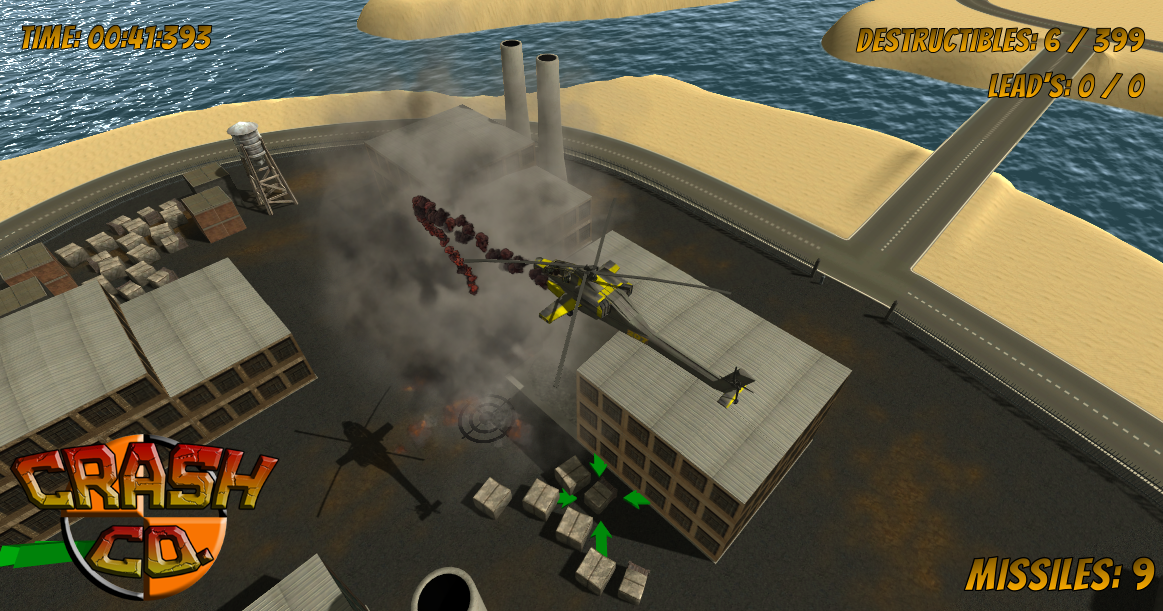 Lastly, I have added a few extra details to the level select menu which provide a preview of the level before you enter it the video/gif of which can be seen here.