Well, it's been 3 weeks since v0.1b has been released, and I regret to inform that things are gonna be cooling down for a while. Not a lot of progress is gonna be made after Christmas, as due to life commitments, I have to dedicate my time to passing my finals in high school. However, up until Christmas I hope to make some changes to the population of the bsp, and get some more tags in-game.

So far, we have made lots of changes and we have you thank for it! Without your feedback, v1.0 wont be as awesome as it is now when it's released.

Which brings me to the release date for v1.0, and subsequent levels. The fact of the matter is, the team (the two of us) have real life commitments that get in the way regularly. A full release for the mod is a long ways off, as you can imagine, it's not easy to make a new campaign with only 2 members. At the moment I hope to get a lot of changes and tag work done up until Christmas, and when I finally return about 6 months later (yes, I said 6 months, I won't be able to play any games for 6 months due to real life) I hope the time afterwards to be spent on just bug fixing and implementation of tags. Then, finally, release of v1.0 of StKft.

Other maps in the mod are being worked on indirectly. Once the tagset is complete then most of the work in each level will only be population, the rest, only the team knows.

For now however, progress is being steadily made. We've recently finished re-doing the first major battle in StKft, and added some cool effects to the first part. All of which you can see in the image section.

What I intend to do next is re-do some battles that lack in flavour, and hopefully get some objectives into the map, so you actually know what you need to do.

Tag-work on the other hand is coming along smoothly, we've added in some community creations, including some better looking grunts, and Halo 2 Hunters (courtesy of HDoan/DMT)(No, the Huntes don't have the beam weapon from H2, we've decided to keep weapons the same as Halo 1)

Again, I would like to thank everyone who tested the beta, and also for providing feedback that will no doubt change the course of the mod entirely.

Some new pictures that are in the Image section: 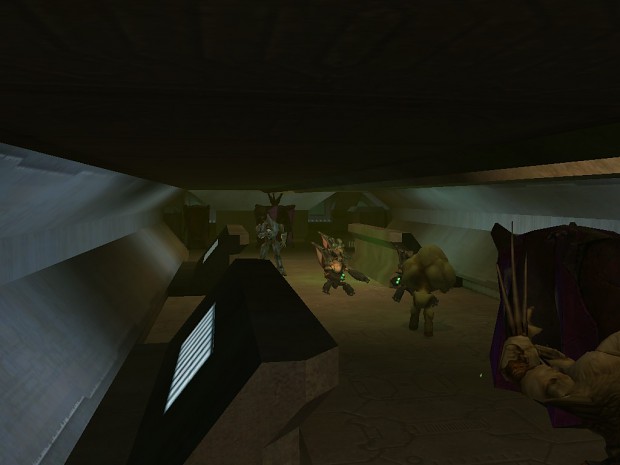 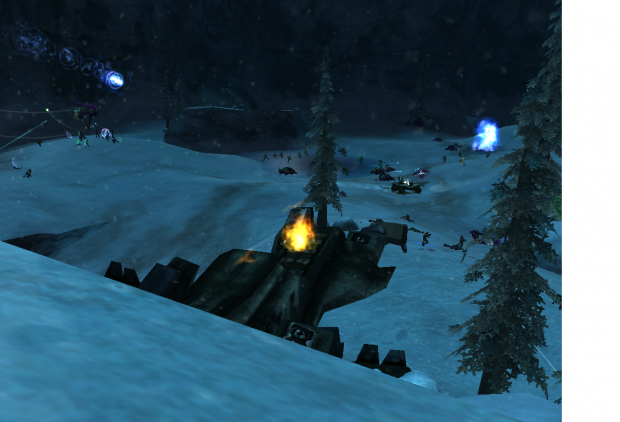 will you be releasing another version before you leave this project for 6 months?