Implications of an infinite gameworld and an experiment in rule based procedural tiling system.

To borrow in part a tile from the beautiful Continuous movement ( by superstudio 1971)
this update describes our efforts in trying to achieve an infinite space. 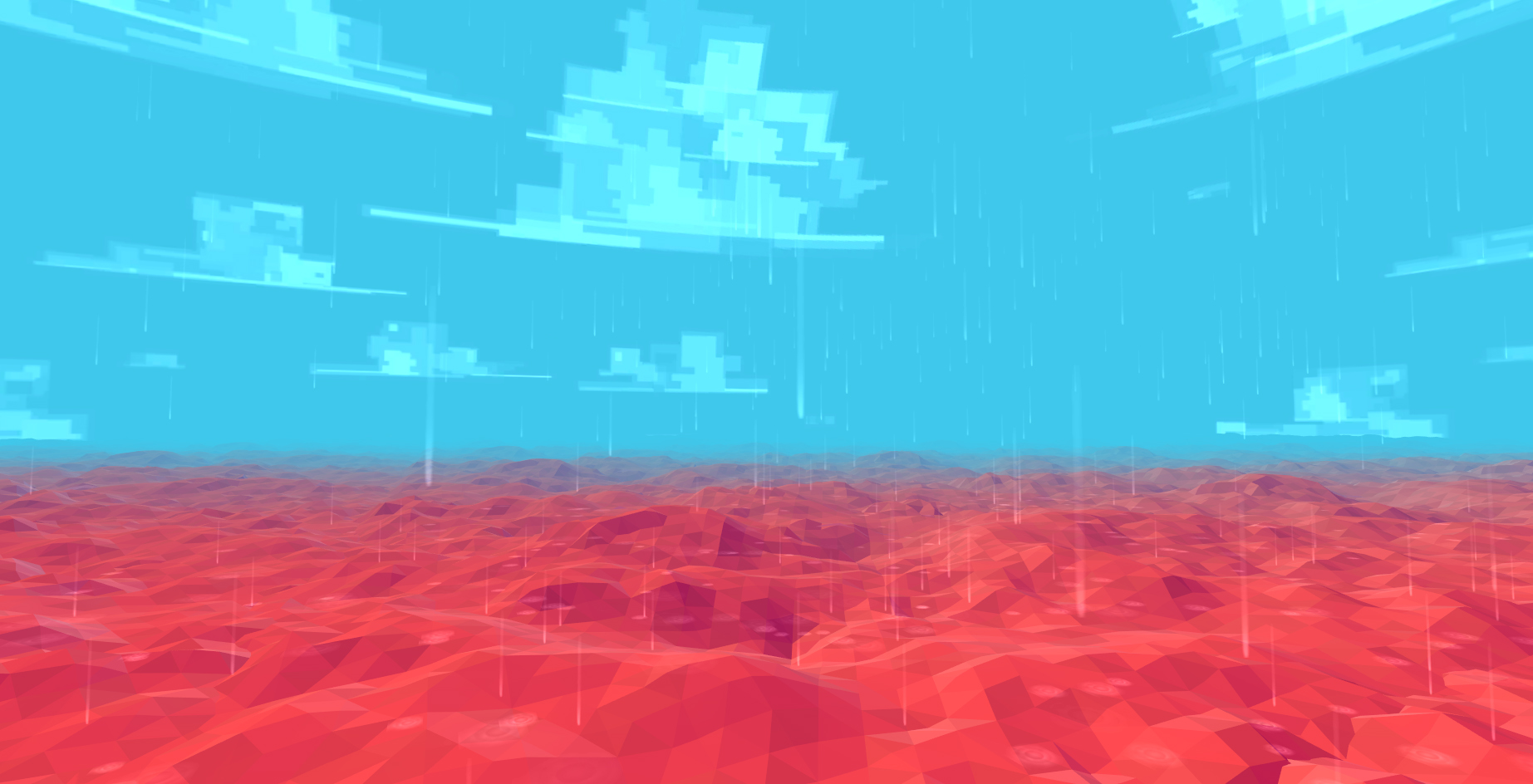 In an effort to create a gameworld, where exploration is an implicit part of the gameplay
and navigation a method of understanding the world, it became necessary for us to relinquish some
control over the construction and thereby the experience of the gameworld.

Building upon a simple two tile system, which seeds terrain according to programed rule-sets,
the player can now navigate an endless world.

While retaining control in the construction of the tiles and the logic of the rules, we will allow the
player an ability to manipulate the rule combination building the world.
This ability would not be a control system, but a natural result of the narrative route followed, and
the paths explored.

This infinite tiling or recursive tiling works by the compilation of rule-sets already programed, Each rule set is a singular interaction between two tiles and specifies a unique result.
The number of rules in a rule-set are then therefore dependent on the number of tiles used.


gameplay video posted separately in videos section.
transcribed text from the video above :

a world that would stretch
and with my step, become anew,
and would hide within it's distance
a people different an' wonders new
a world that would never end
never fold upon its own
a world so described
i have around me grown.

Mhm, I love the procedual terrain/chunk/tile generator, the way games can be infinite, I am personally working on some minor things, hopefully I'd be able to get something like this working with a zombie survival game or something like that.

The tiling system is not hard to actuate,
optimizing the system though, so that it runs smoothly over multiple iterations can be challenging.

Good luck with your game.