Help decide the next new Character and Content to be added to Guts and Glory! Concept art and descriptions inside. 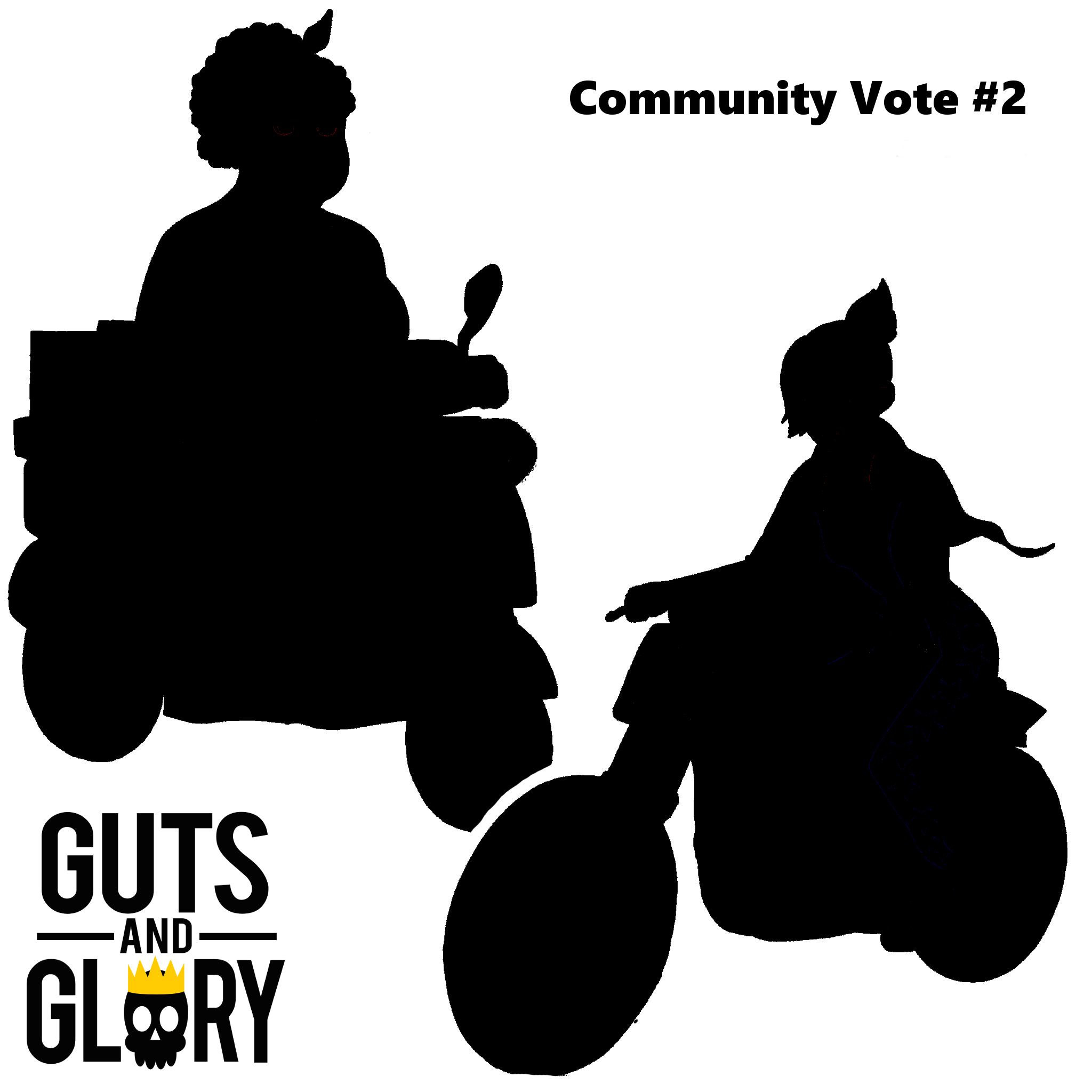 What content should be included in next major update?

“Vote” by commenting on the Steam Announcement page.

Select both a Character and Content Option from below!

Feel free to comment further on your decision or leave other feedback. The final options chosen will be determined by a mix of the total votes and the content of any discussions created in the comments.

Final decision will be made on July 21st. 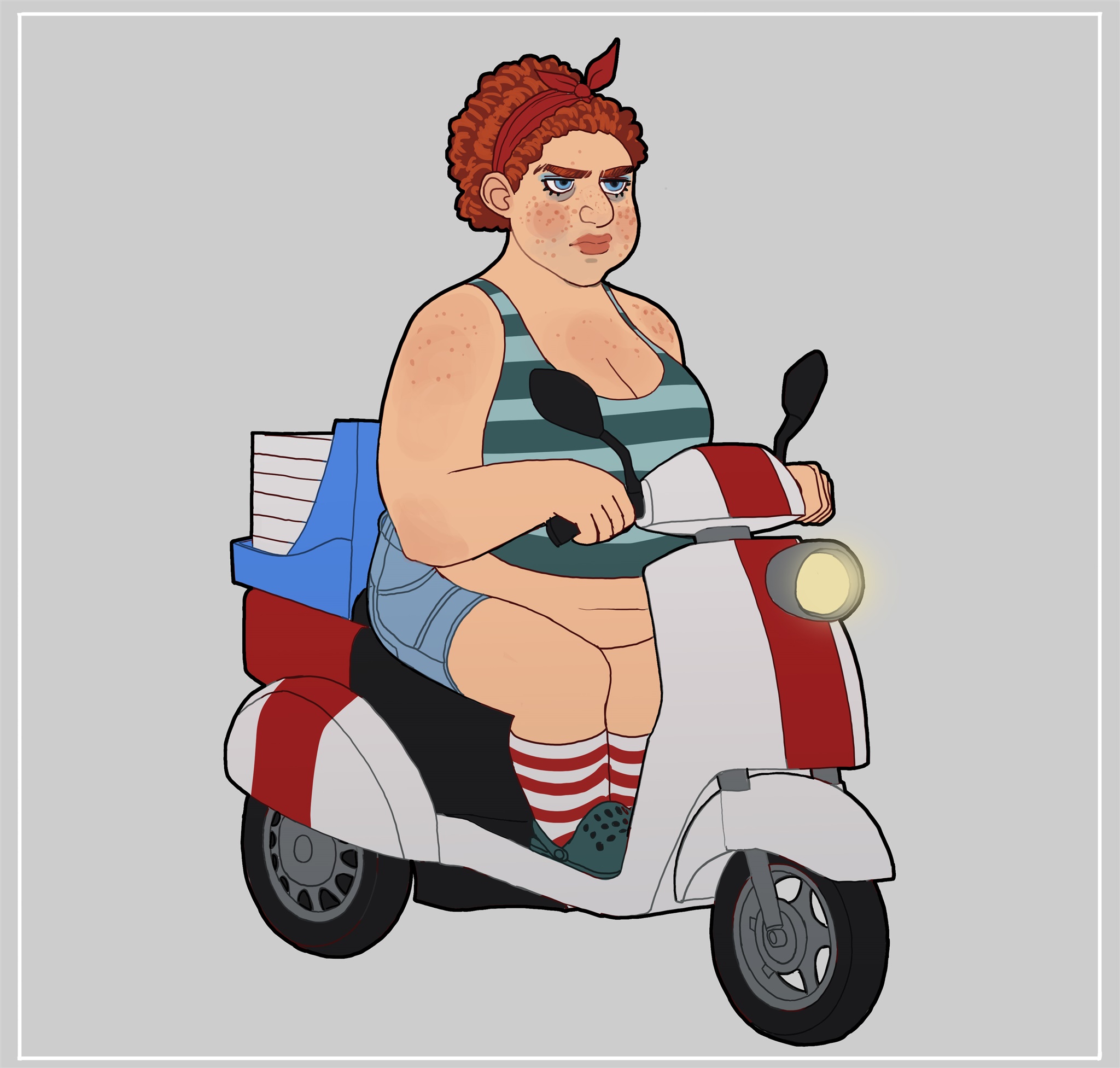 Dixie met the man of her dreams and was gonna have it all: a double-wide trailer home, seven kids, and a litter of puppies! It was gonna be the perfect life with her perfect man, Earl.

But all that ended the day she caught Earl kissin' her sister at the bar! (To this day, Earl still says it wasn't him.)

In a fit of rage, she burned that double-wide to the ground, packed up her things, and got a divorce.

Now bitter and destitute, Dixie is trying to make ends meet as a moped pizza delivery woman. She wants to enter the Guts and Glory games to get back at her ex and get back on her feet. 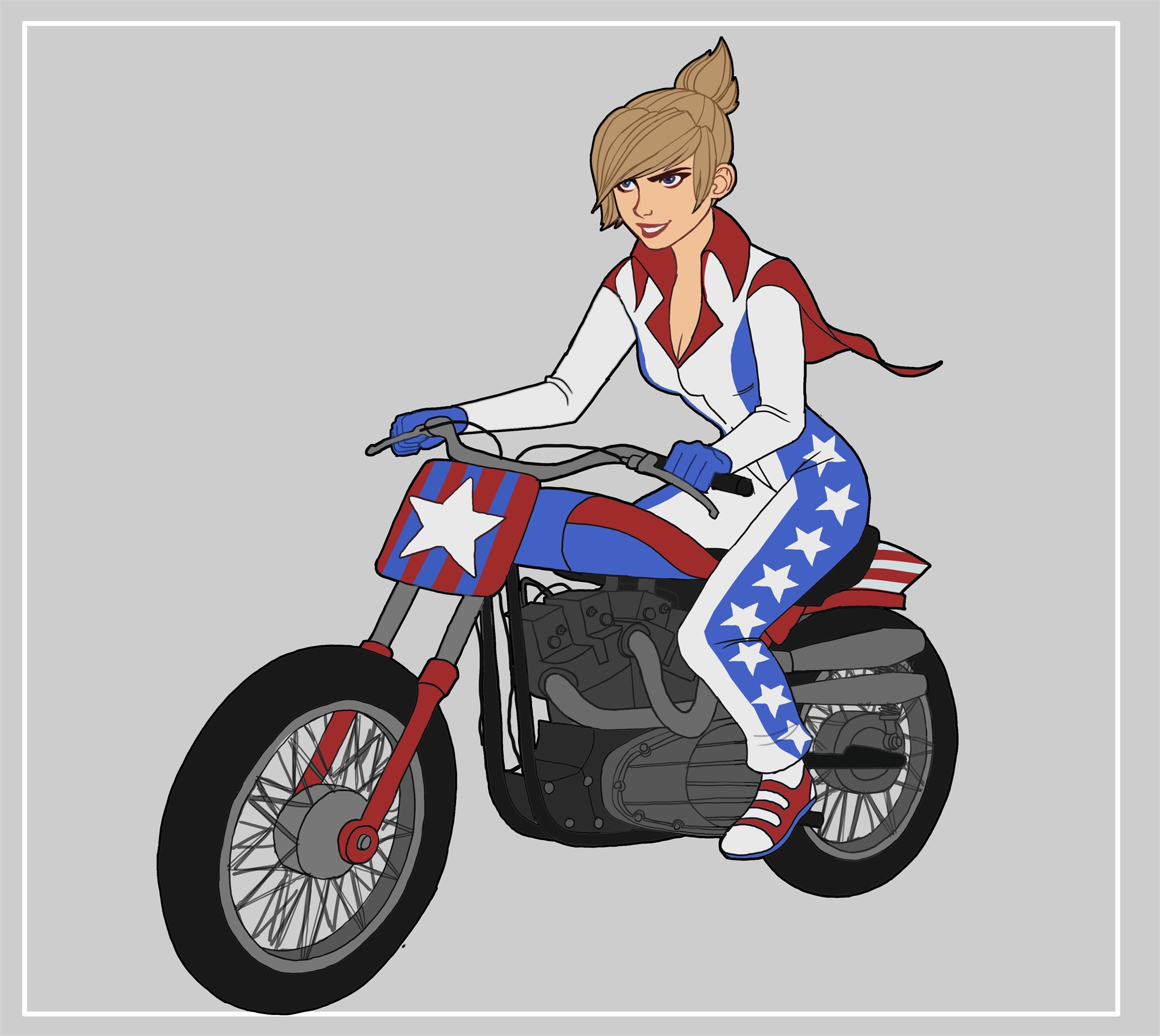 Nobody knows where she came from, but everybody loves her! Zoe Zoom has captured the attention of fans across America, and soon the world!

Already famous for her death-defying stunts like jumping a school bus full of children across the Grand Canyon, Zoe is ready to claim her presence on the global stage by entering the Guts and Glory games. 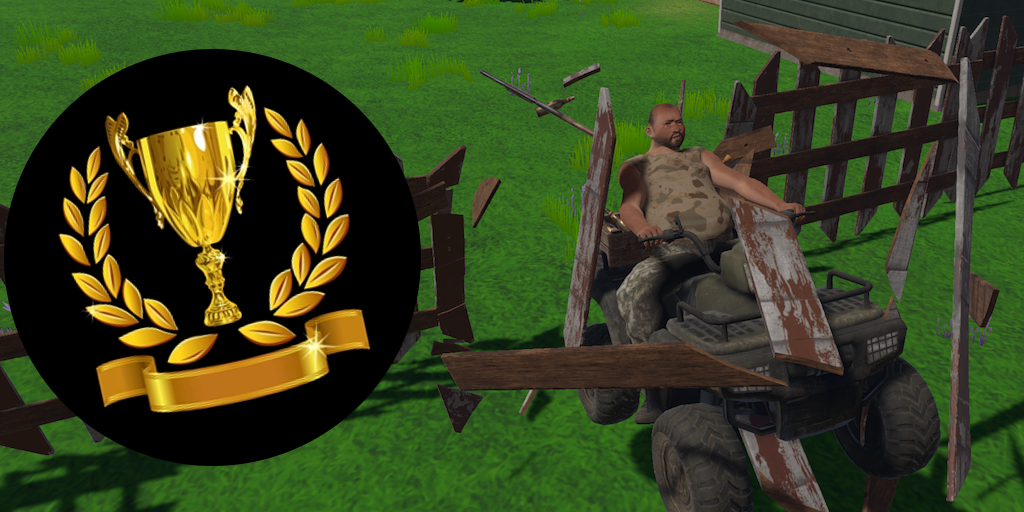 Add Steam Leaderboards for both Official Tracks and Community Tracks so you can compete with friends and the entire Guts and Glory community for fastest times.

Add Destructible Objects to the Level Editor such as barrels, bottles, glass window panes, TVs, etc. Maybe even add some new ones too! This would also involve optimizing the destruction system so it's more scalable and faster. 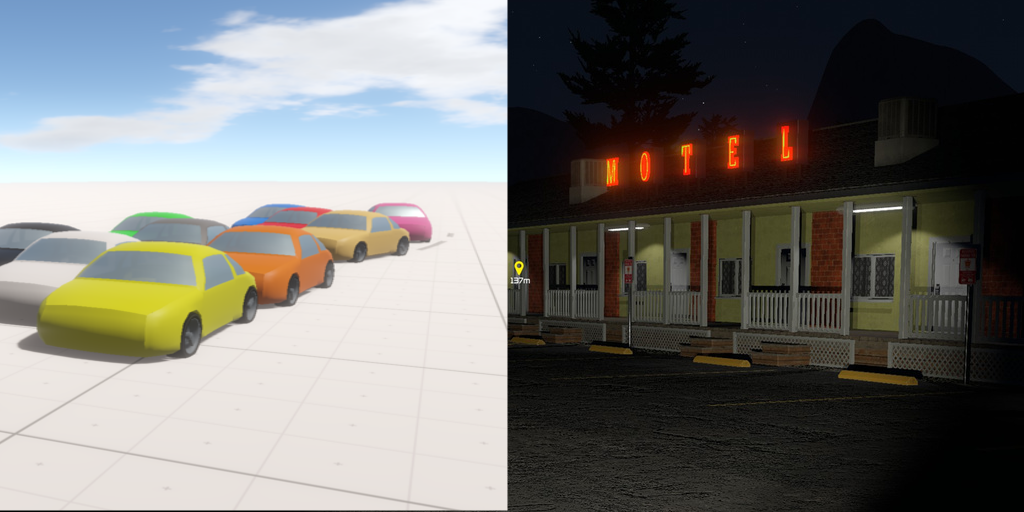 Add a Time of Day option to the Level Editor so Community Tracks can be set to Night, Day, Morning, Evening, etc.

The awesome character concept art presented here was provided by up-and-coming artist Lowe Norman from Sweden. I discovered this talented creator on Reddit, seeking to build a portfolio and begin a career.

You can reach Lowe at lowenormandesign [at] gmail or on Reddit. Great to work with!

Mix and match content options if you're not happy with how they're presented and I'll consider that too. For example, maybe you want Leaderboards and Time of Day in the next update, instead of Destructible Objects? Just let me know!

CAST YOUR VOTE BY COMMENTING ON THE STEAM ANNOUNCEMENT PAGE!

Great article, also noticed a bit of a mistake under Dixie. Says she's Class B when she's A.

I also an idea for another character for which I can provide the voice work for, if a Death Metal singer sounds interesting as a playable character then hit me up with a private message.

Heheh, thanks for the offer. I'll keep it in mind.

Dixie's moped would be fast enough to qualify as a Class B.