Community update for the New Blood halo mod in Call to Arms.

Posted by DailySimplicity on Sep 1st, 2017

Once again the New Blood mod has made huge progress recently.

this update is coming quickly since the past because we have many new things rolling off the assembly line.

After having a revolution the team has been more dedicated to completing this mod and adding much more content rapidly. The team has been working on our mod every day for multiple weeks now. Once again the community update will begin with a fairly large reveal for the New Blood mod!

The New Blood team has officially composed a stable multiplayer option for the mod. As of recent the team has put together multiplayer for New Blood.

In the multiplayer option of the mod there are currently four playable factions, with many more to come.

First is the UNSC The UNSC currently consists of multiple smaller squads with more diversity in weaponry than most of their Covenant counterpart.

The UNSC requires a more tactical play to win over the opposing faction(s),
though is much more versatile with multiple transport vehicles such as: Pelican, and Warthog which are very reliable for quick extractions out of a combat zone.

The UNSC also has two supporting units to buff the moral and fire power of their inferior marine counter part. ODST's, the "Orbital Drop Shock Troopers" are a quick, experienced, small squad of units that can easily out skill any Covenant Squad that stands in their way.

In slight cases where even the ODST's cannot control the situation on a battle field, the UNSC has one last unit to potentially turn the tide of battle.
The Spartan. A UNSC Spartan is a highly advanced super soldier that has greater training, leadership skills, and combat knowledge, than any other UNSC ground unit. The Spartans are the ultimate ground commander to lead any one unit into battle and almost always achieve victory.

The Covenant are composed of squads of different "aliens", the most basic unit in the Covenant, the grunt.
A grunt is a small, disposable unit, great for over running opponents in large numbers.
For those that prefer good unit composition an elite minor is a good counter part to its inferior grunt. The elite minor is the main unit of the Covenant armada. An elite is superior to the UNSC marine making them a dangerous unit in small groups. Superior to the elite minor is an elite ultra.
the elite ultra carries a heavy weapon known as the concussion rifle. The rifle is devastating against large groups of units due to having an explosive radius upon making contact with any one solid surface.

The current two non-main factions in the New Blood mod both consist of the Sangheili, and the Flood. Both factions are playable and stable in the multiplayer currently.

As always new units are constantly being added and switched throughout the entire mod. As of recent new units (as spoken previously) would include:

The Flood are used as a swarming unit, large in numbers yet weak in health creates a different unit composition to work with whilst in combat. Dangerous yet effective the flood are definitely not a faction you should wish to face as they easily over run any position that stands in their way.

Police are a "minor faction" added to the mod, designed for either campaign or editor purposes strictly. The police will be found lying about in our ODST campaign (mainly in the city missions)

ODST's have been revised for the New Blood mod, featuring new updated skins to visually appeal to every user. Another new addition to the mod for our ODST's would be the silenced smg, our orbital drop shock troopers can now roam about carrying some of the finest weapons the UNSC has to offer. ODST's also now have proper skins to fit their needs as specify (class based, campaign characters, ext.)

The Sangheili are an ancient race that used to be known as "elites" by the UNSC, until there was an inner conflict amongst the Covenant causing the Sangheili race to be banished from the Covenant, therefore leading them to fall into an alliance with the UNSC to destroy the rest of the Covenant.

yet again the New Blood team has made progress on the vehicle front, we now have adapted, tweaked, and fixed our warthog variants inside the New Blood mod. Warthogs are now functional and working as they should, currently the warthogs have been added into the multiplayer has great support vehicles for marines fighting on the front. The New Blood team continues to expand its vehicles with this new addition and many more to come soon.

For now the team is manly focusing on other important aspects of the mod yet still working on expanding the mod for new vehicles and looking into creating a larger number of air vehicles.

New Blood has been spending countless hours on its maps to generate a fun and creative experience.
The team plans to bring back classic halo maps recreated into the CTA engine for you all to enjoy with our new multiplayer.

These would consist of maps such as:

and others to come. 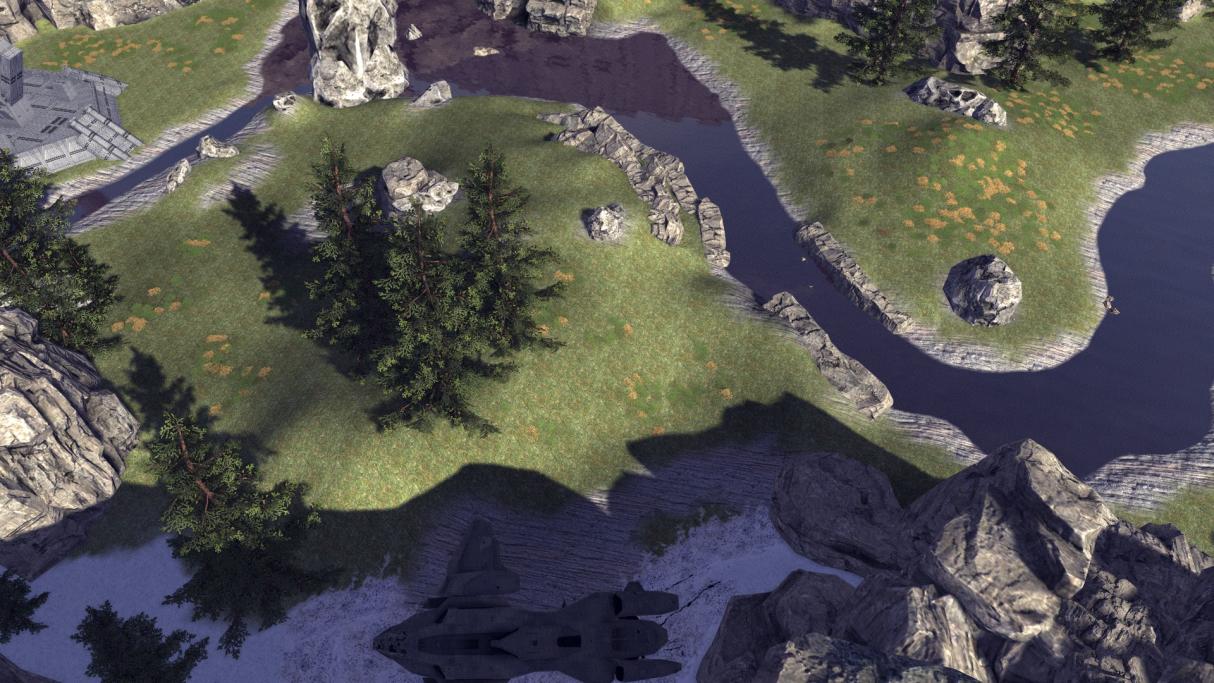 With this the New Blood team would like to thank you for all of your support and we cannot to get our first release out to the public!

With that said this concludes Community Update 2

will this mod have grunts?

yes we already have grunts, we are going to be replacing/adding more to add the diversity, we're working on getting more diversity and playable maps and such

thats awesome thanks for response for real

we're coming back no worries