Gregg Bond creates an amazing 'Pioneer log' mini series since our release of the game. Read about his adventure so far.

It's been a fantastic week for us here at Flix Interactive, we have been hard at work fixing bugs and working on high priority features. The community's response to the Early Access launch has been amazing and we are truly grateful for all the ideas, suggestions, bug reports, screenshots and lets-play videos you guys have been putting together.

We would like to share with you something that stood out for us on Twitter, a piece by Gregg Bond (@cabe_bedlam) entitled 'Pioneer Log', the story of a Pioneer on his 7 day struggle from survival to domination... 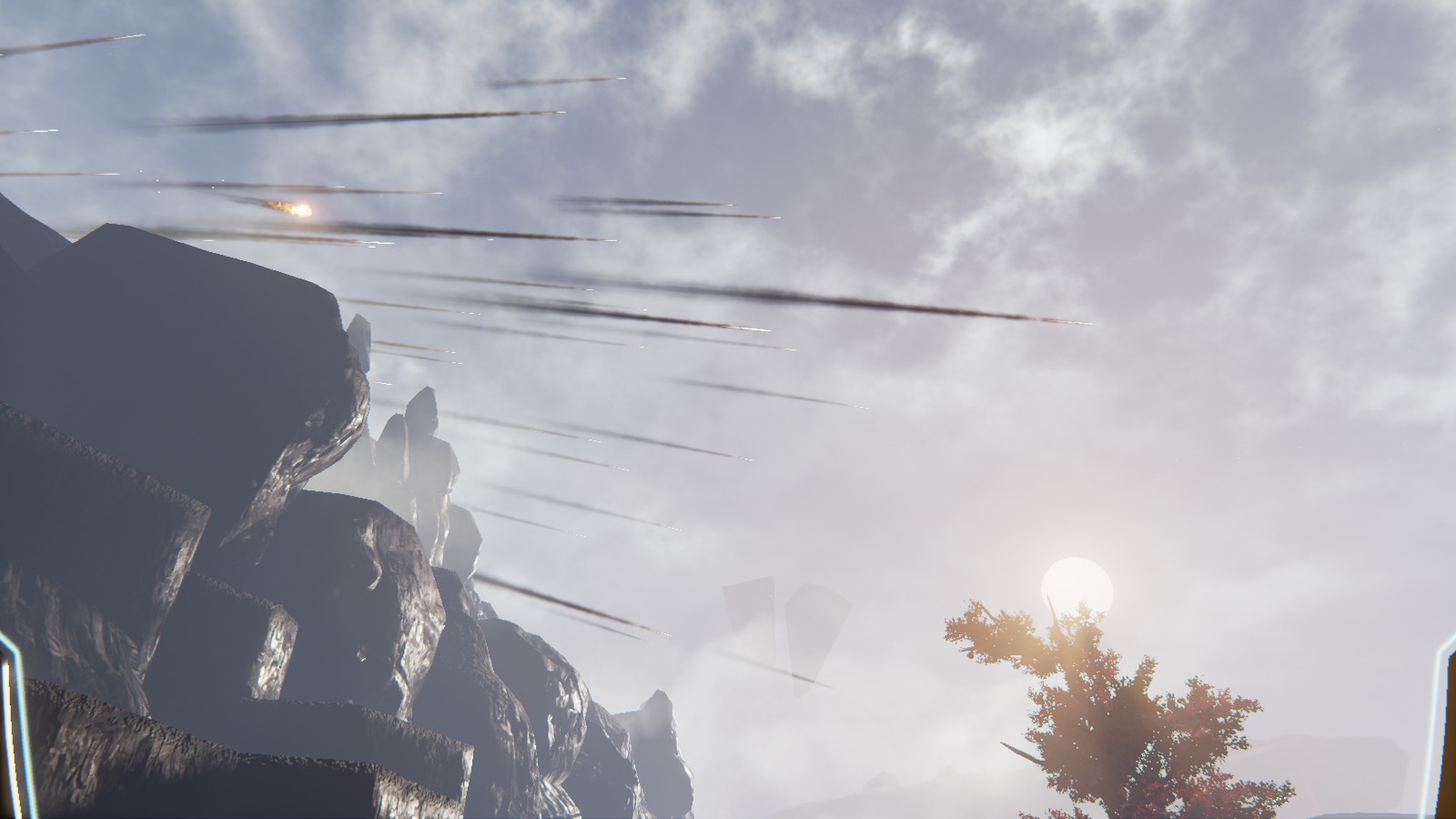 “Well that was a hell of a ride. It was a miracle I managed to make landfall on the Pharus 7 at all. Calling it a planet may be a misnomer, orbital scans indicate its more a close collection of floating rocky ‘islands’ over a gaseous core. If my drop pods guidance was off by a few degrees I would have surely ended up falling all the way to the core.” 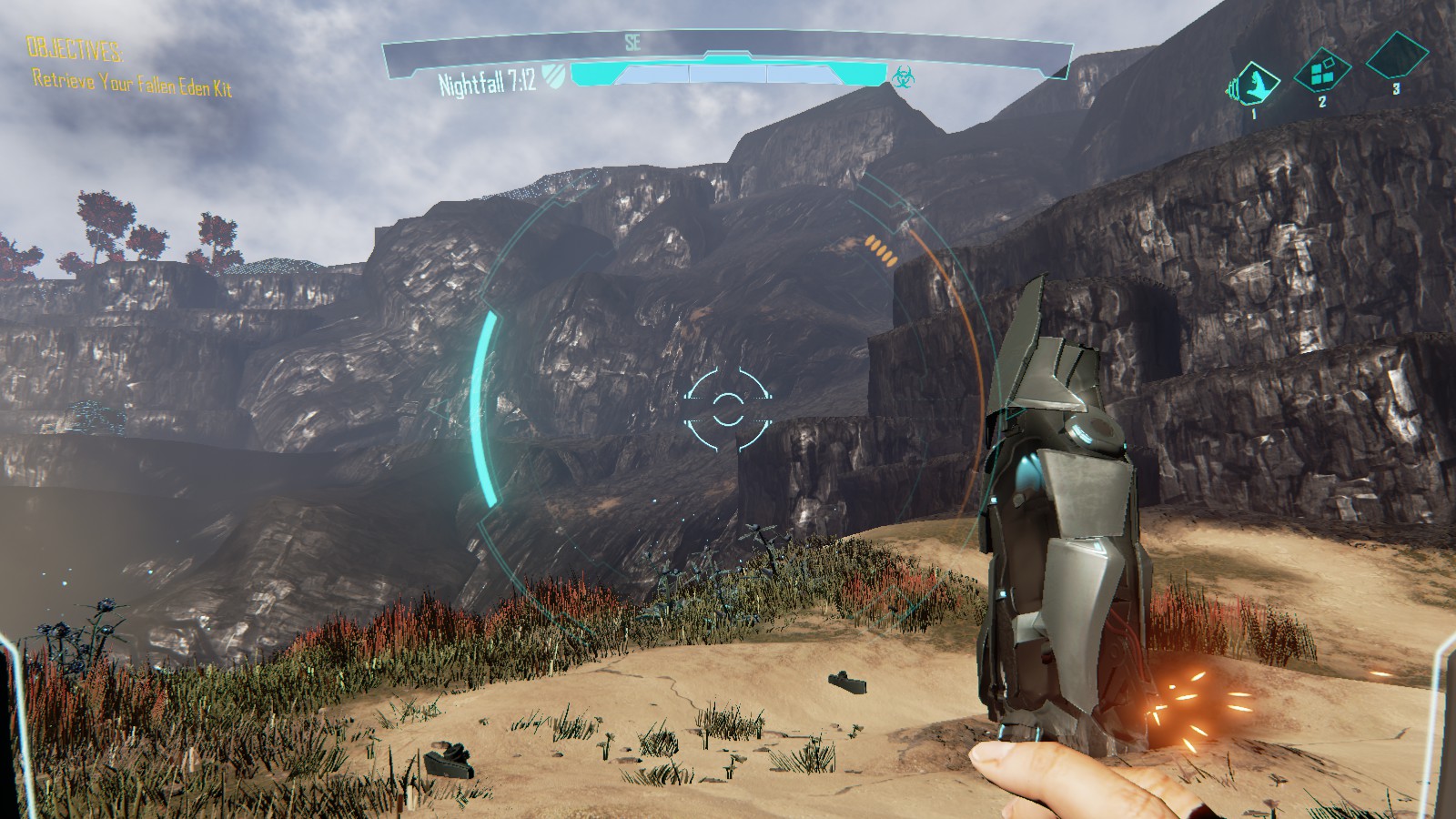 “I have been able to locate Eden Kit II, my Pioneer training would have been enough, but thank the maker for my armours robust sensor electronics. Boot up tests so far show greens across the board and the HUD led me directly to my Eden Kit’s locator beacon. Soon I will begin to map and understand the local area. Onwards Pioneer!” 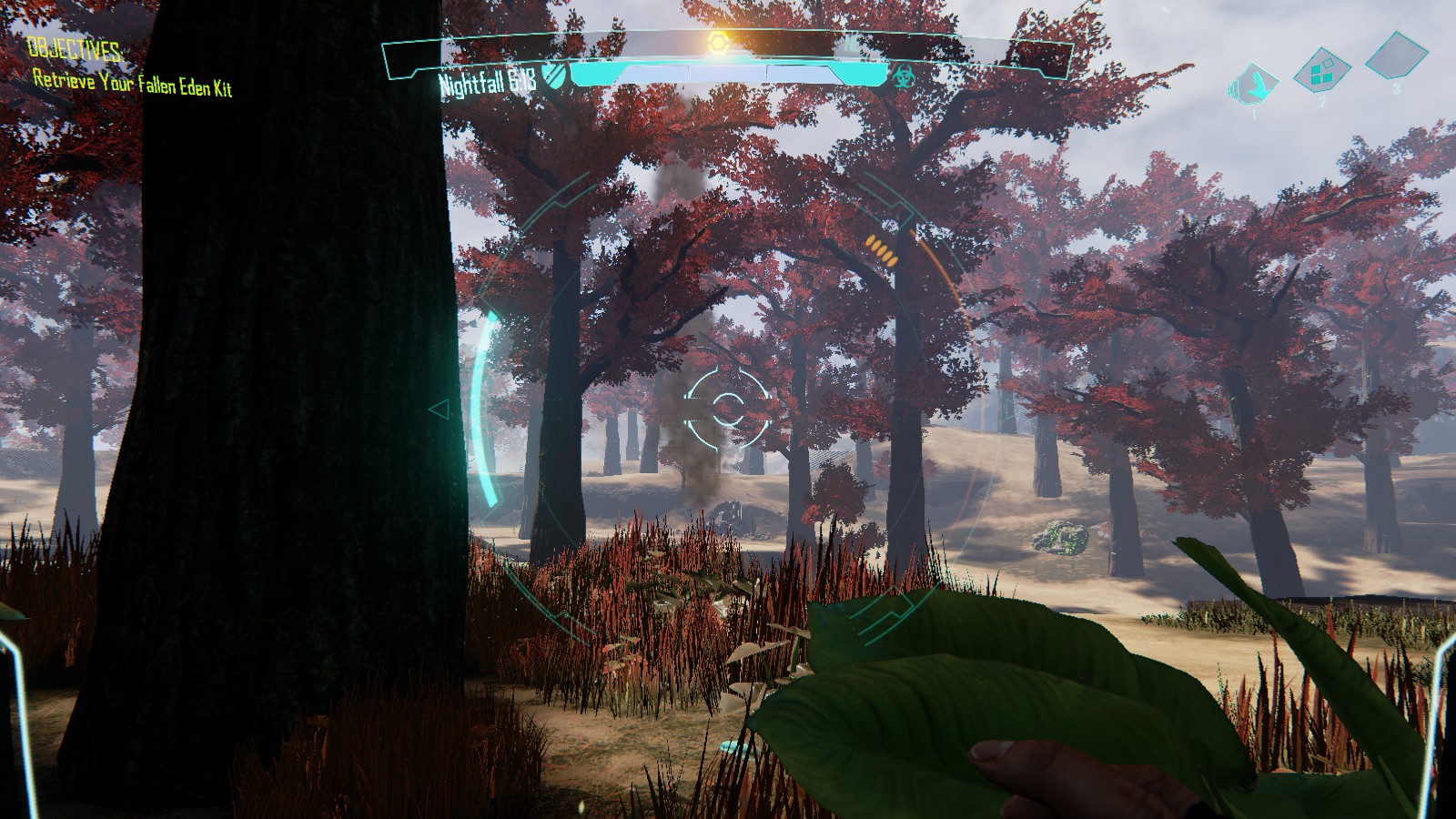 “I have found a large rock shelf protruding from an outcropping which appears suitable to deploy EKII. Scans indicate it is solid bedrock for at least 200m and a natural slope will make moving material in and out of the encampment easier, although the ledge is well within mantling distance. Near by are area of surface minerals and other geological curiosities. A small copse of trees with fire red leaves, with lower ferns and grasses indicate a viable, if basic, biome.”

“The work took all night, the trees provide several useful materials with which to begin the task of establishing a research outpost here on Pharus 7. They are rich in protonite (the building block of practically all our technologies) which I assume they absorb from groundwater, and a fibrous material that my RMD manipulator is able to fashion into practically any basic structure in its database.” 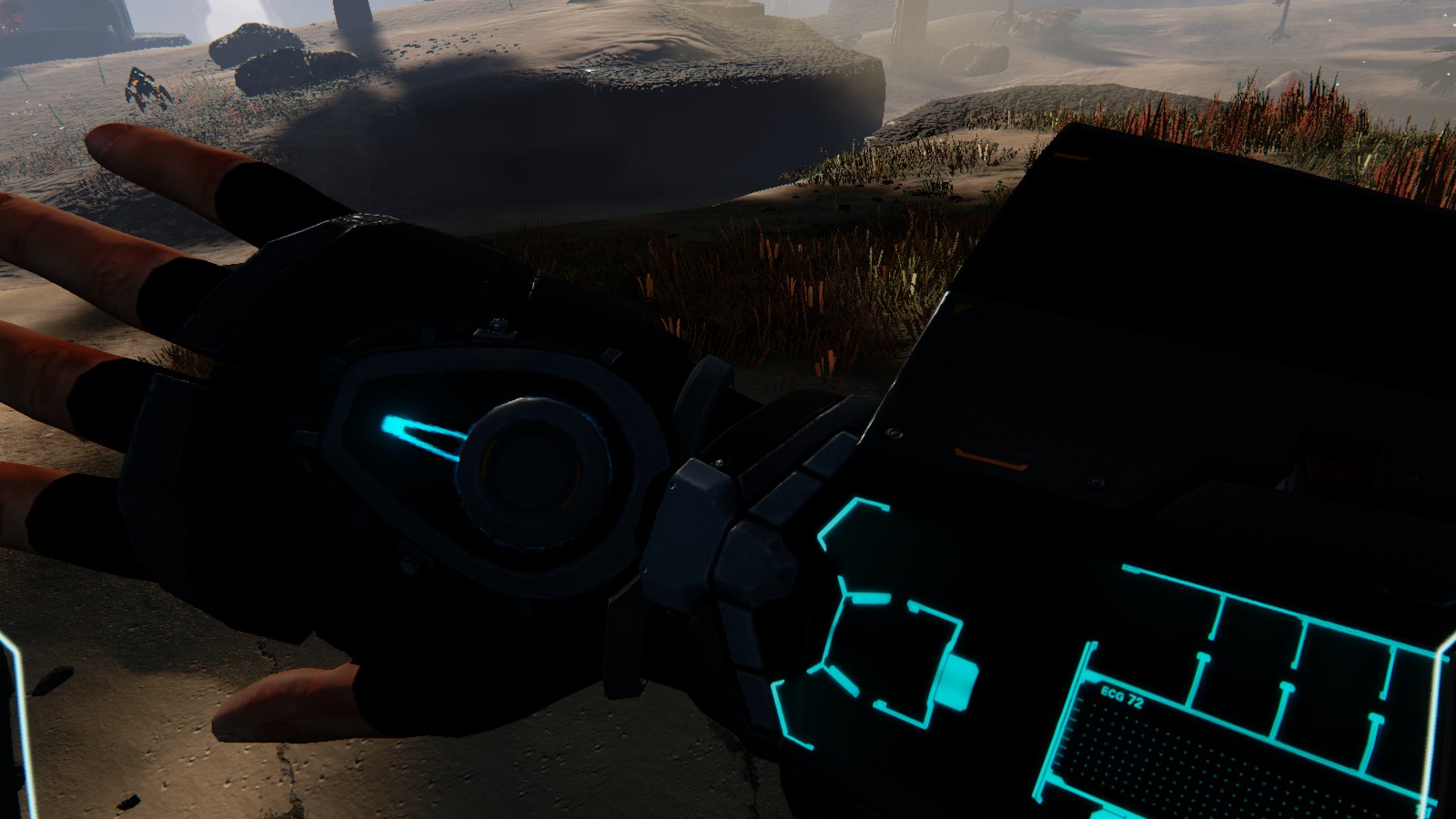 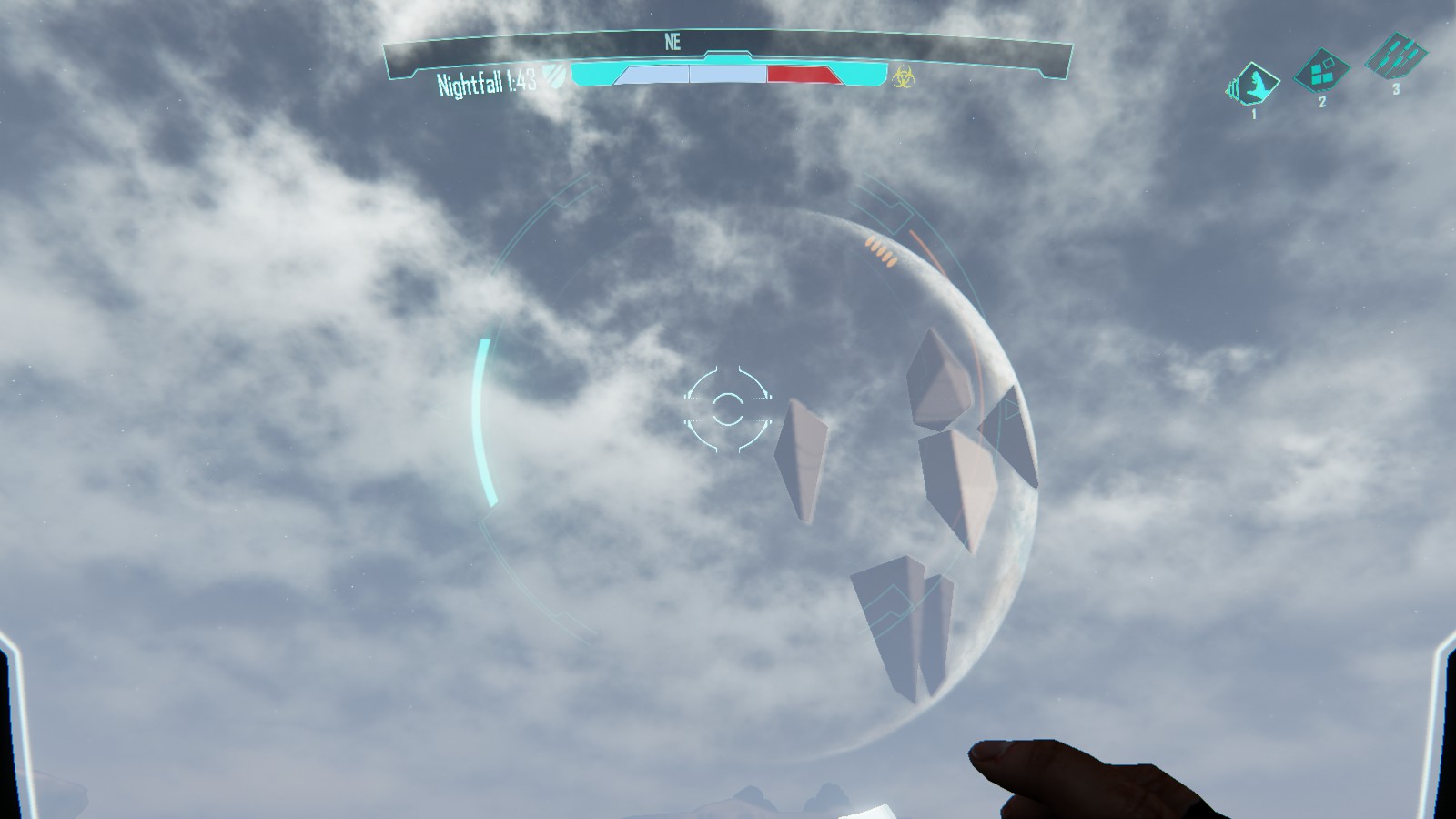 “At night the air turns toxic, I believe it is a function of the warming and cooling of the planets day and night cycle. Once the bright yellow sun dips below the horizon I suspect the islands sink back into primordial fog that obscures the trecherous cravasses. The re-emergence of a local insect-like creature is linked to this noxious environment somehow, but whether it is a cause or effect is yet to be determined. Either way EKII’s protective dome is quite capable of maintaining a breathable atmosphere within it.”

“The immediate area has abundant supplies of useful minerals, Tennal and Cerulium, as well as Bridgmanite and Ironite ores. The latter of which forms majestic stalagmites rising from the mesa, no doubt another effect of the strange relationship with gravity Pharus 7 seems to possess. It is almost a shame to harvest them.

A fine Ceramic that the artisans back home would have given their eye-teeth for is also in abundance. It will serve as an excellent substrate for more advanced devices and structures to come later.”

“Just after moonrise, I was disturbed by swarm of bugs, they seem drawn to the presence of the EK, like moths to a flame. Capable of shedding barbed quills of some explosive substance, they could be quite deadly if a large group were to take interest in me. They gave me no choice but to expend valuable Teslum to push them away, or throw them down the nearest crevasse. I cannot leave EKII unprotected, I begin another night at a lonely watch.” 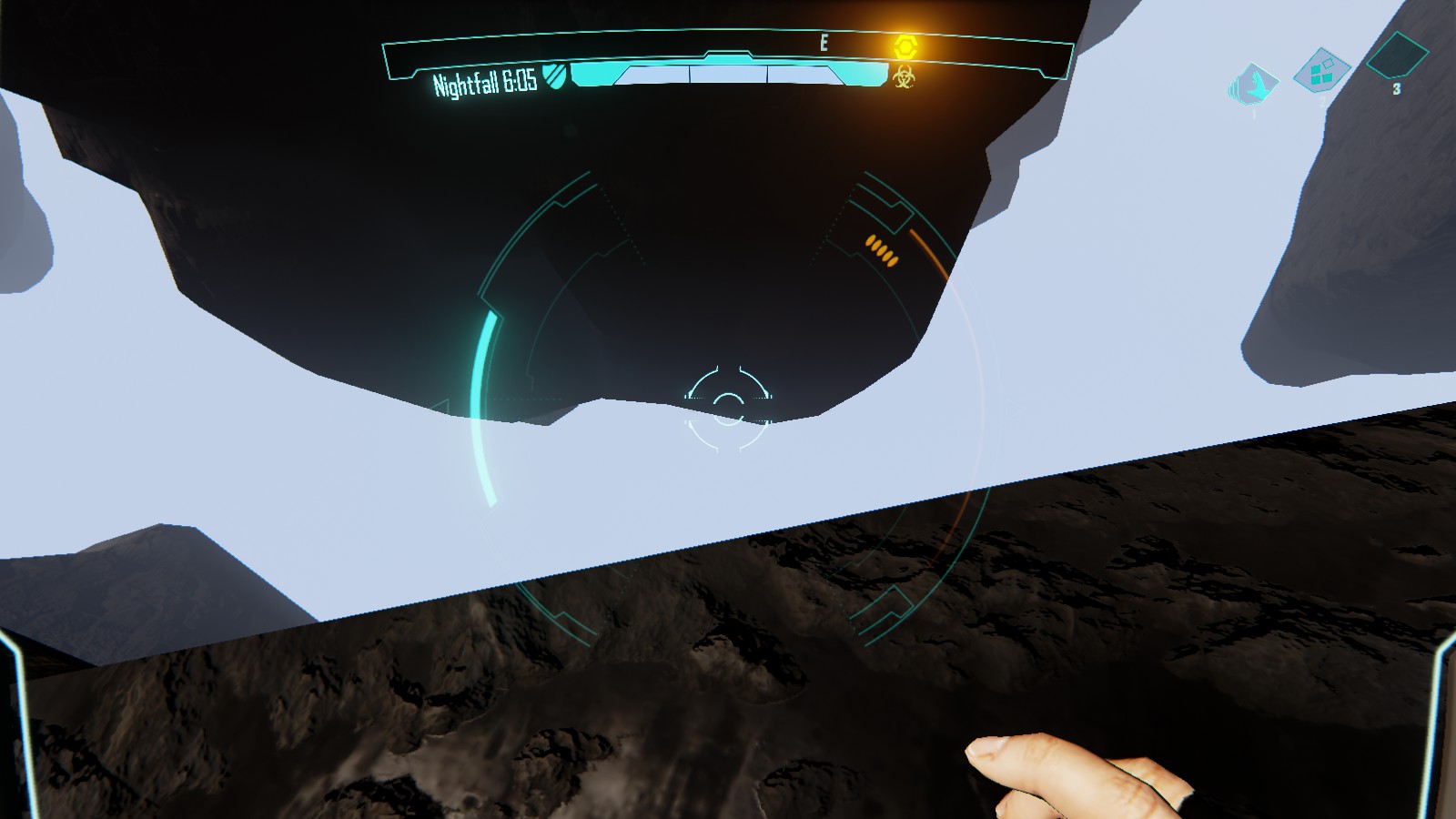 “Today I have been exploring, I appear to be on an island approximately 1 km in diameter. It is riddled with large fissures everywhere. I have to watch my step. Without a ready supply of Tesslinium, the reason we came to this forsaken, hostile place, my dear EKII will not be able to regenerate me. My RMD has been able convert the grasses and ferns into Teslum so at least I have some form of protection.” 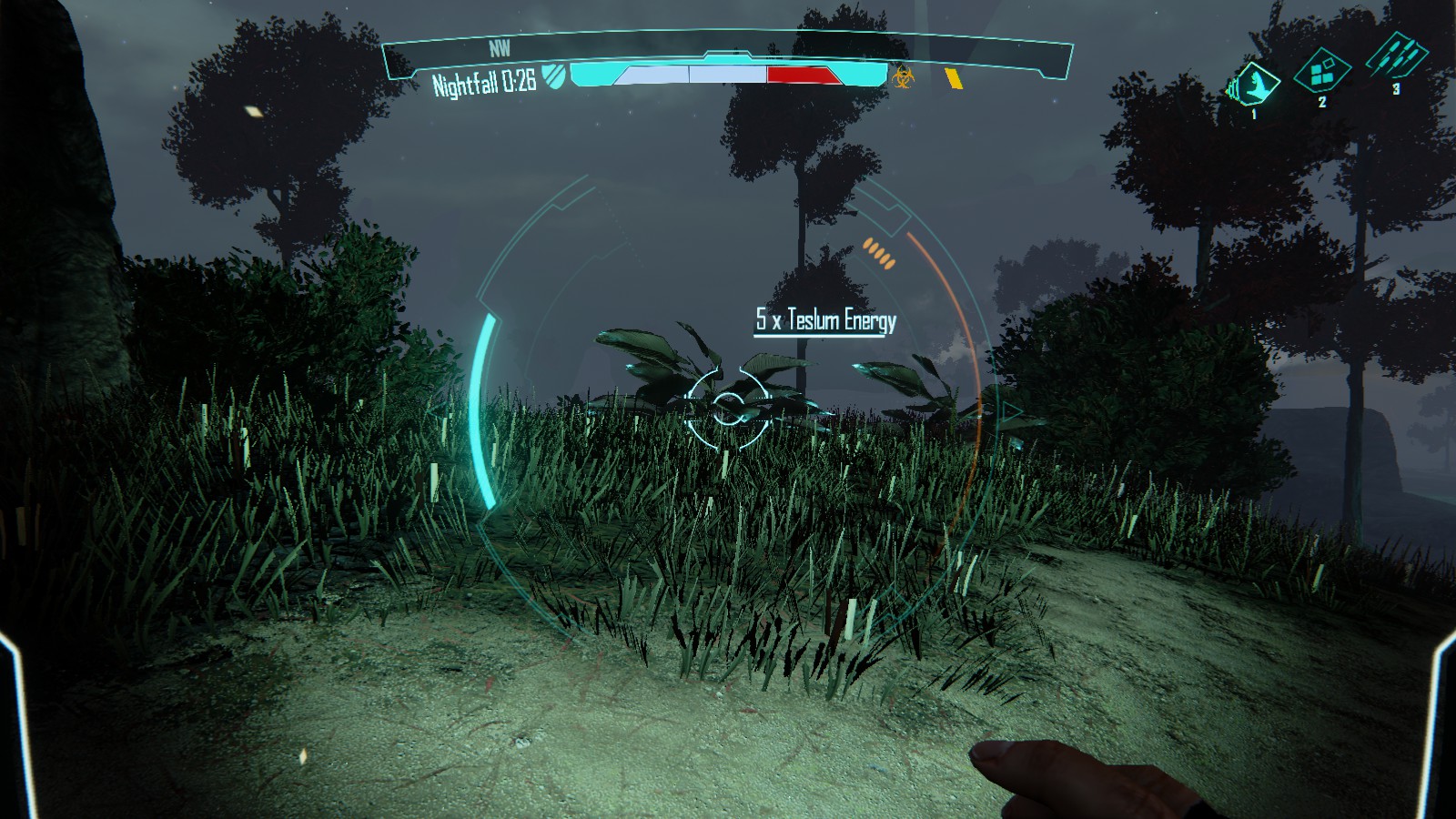 “I see things, the sand shifts as if disturbed from below. Wisps of smoke to the west, is it a campfire? Did another Pioneer survive the descent? The lack of sleep and food are starting to get to me, I am sure.”

“At dusk, in all directions, I see the glow of Splintermite (as I have come to call them) hives, the natives have so far decided to keep their distance, and have stopped throwing explosive barbs at me. I can only assume they soon they will accept me as their God!" 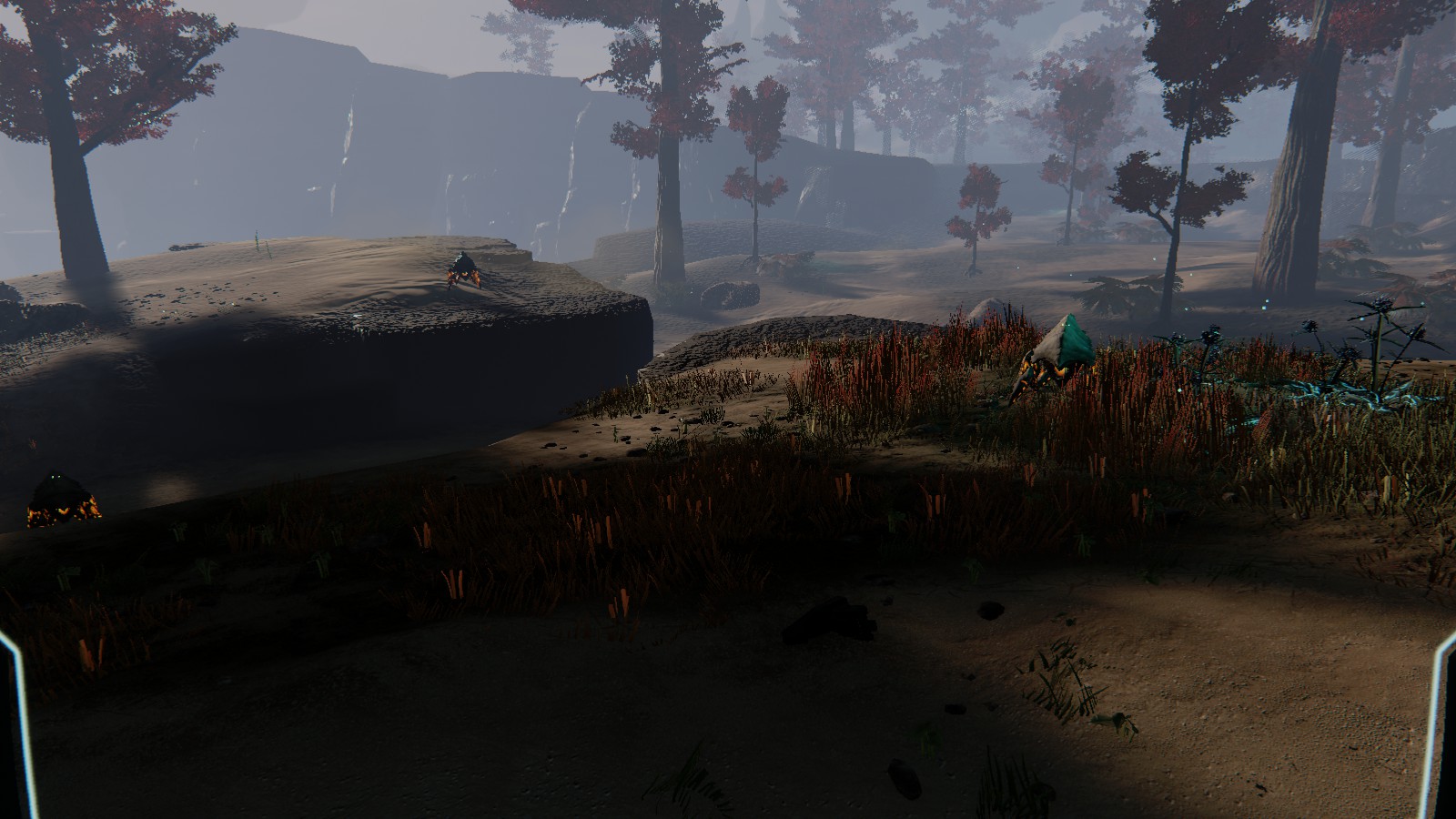 “I have constructed several large walls of Bridgemanite, which have replaced the rather flimsy (and flammable) fiber building cubes. Lets see the little buggers set light to them now!” 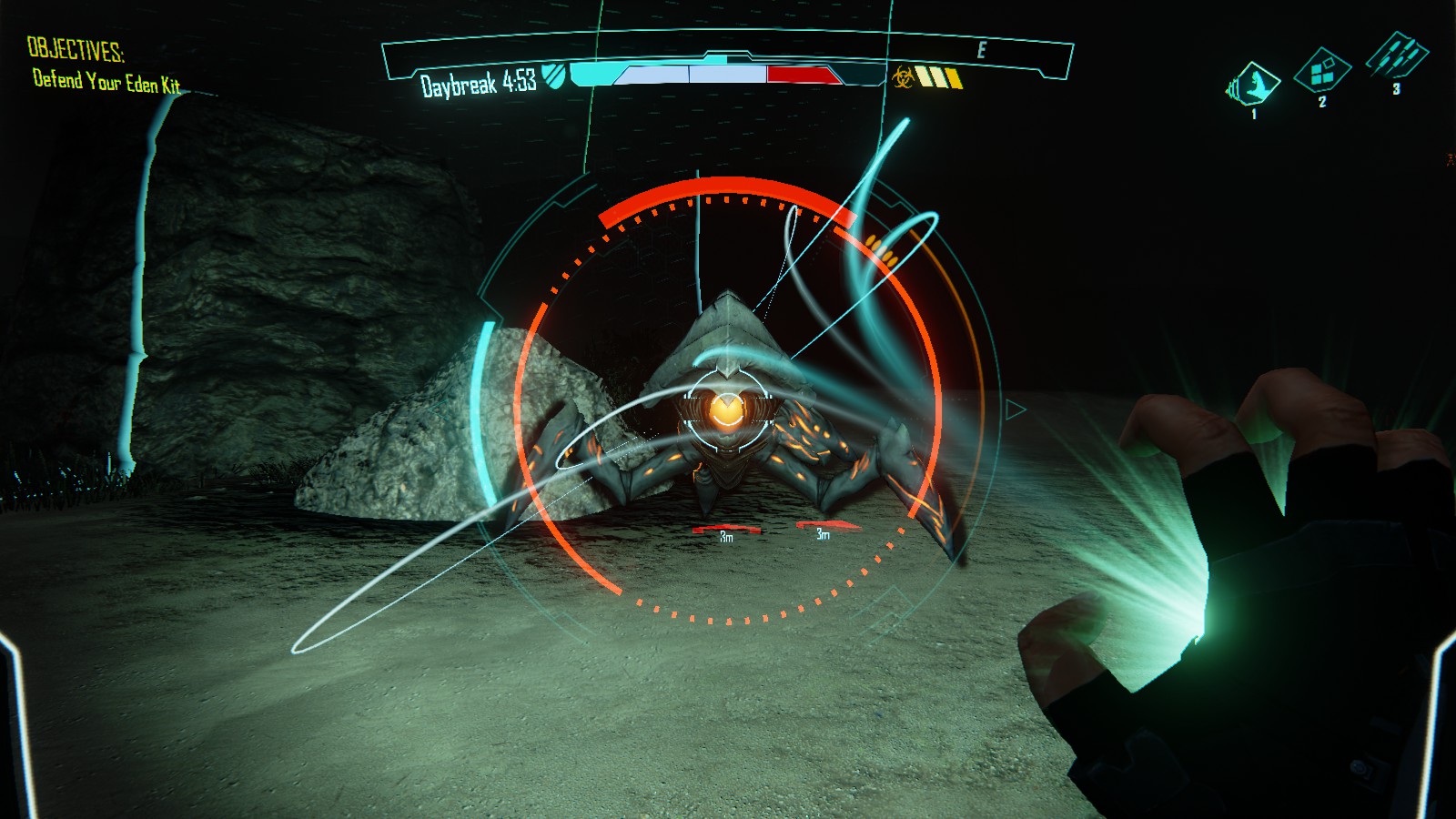 "The natives must view me with a mix of horror and awe. I have invented a new game. I call it the Bug Toss. I swear one of them chittered a falsetto “Nooooooo!”, as a I casually flipped it into the nearest fissure. Probably the tiredness playing tricks, they have resumed throwing their barbs." 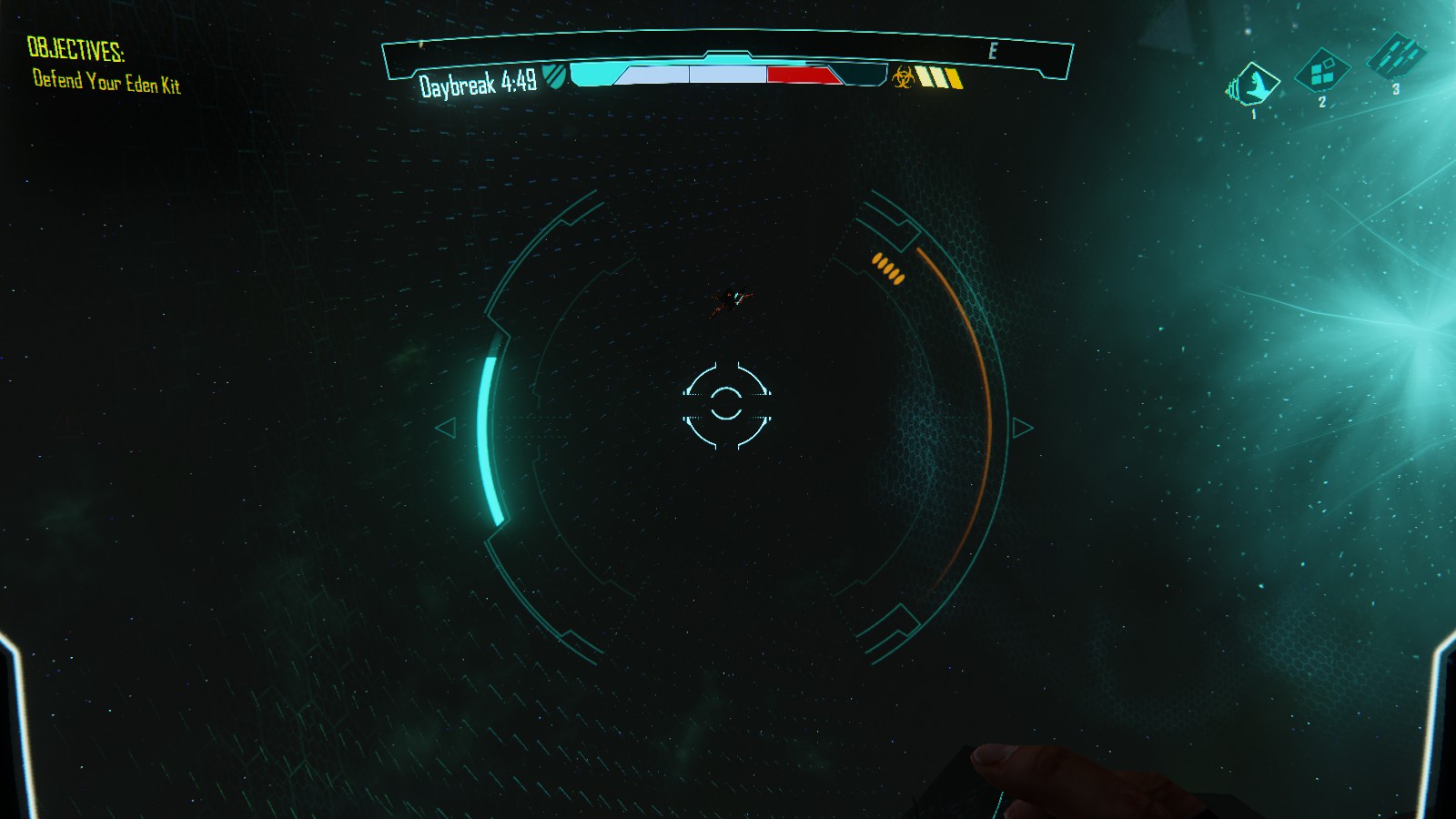 "Omnipotent as far as the indigenous wildlife is concerned. I am able to boil them in their shells with a quick blast from my RMD. They taste a little like prawns, I miss cocktail sauce. Although there is little time for food, currently crafting a gauss cannon. Condiments will have to wait."

“I was able to gather enough materials to construct a pistol and a rifle. SAY HELLO TO MY LITTLE FRIEND! DAKKA DAKKA DAKKA” 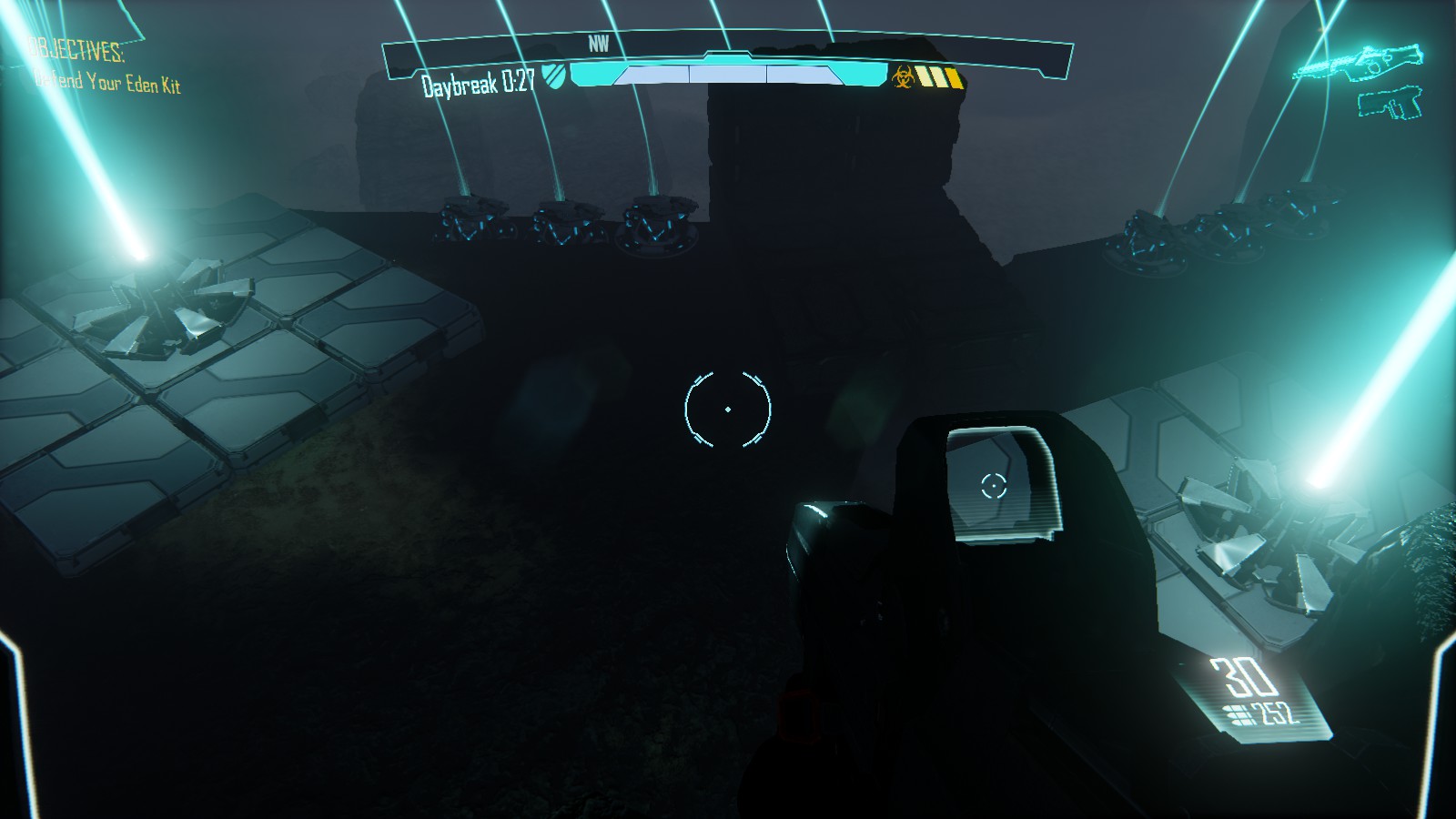 "I have finally been able to sleep. The echos of my auto-turrets are like a staccato security blanket against the toxic night. Looking back at my logs is somewhat disturbing, I attribute my Pioneer fortitude ensuring I was able to maintain sanity long enough to finish EKII’s defences. I don't know what I would do without her." 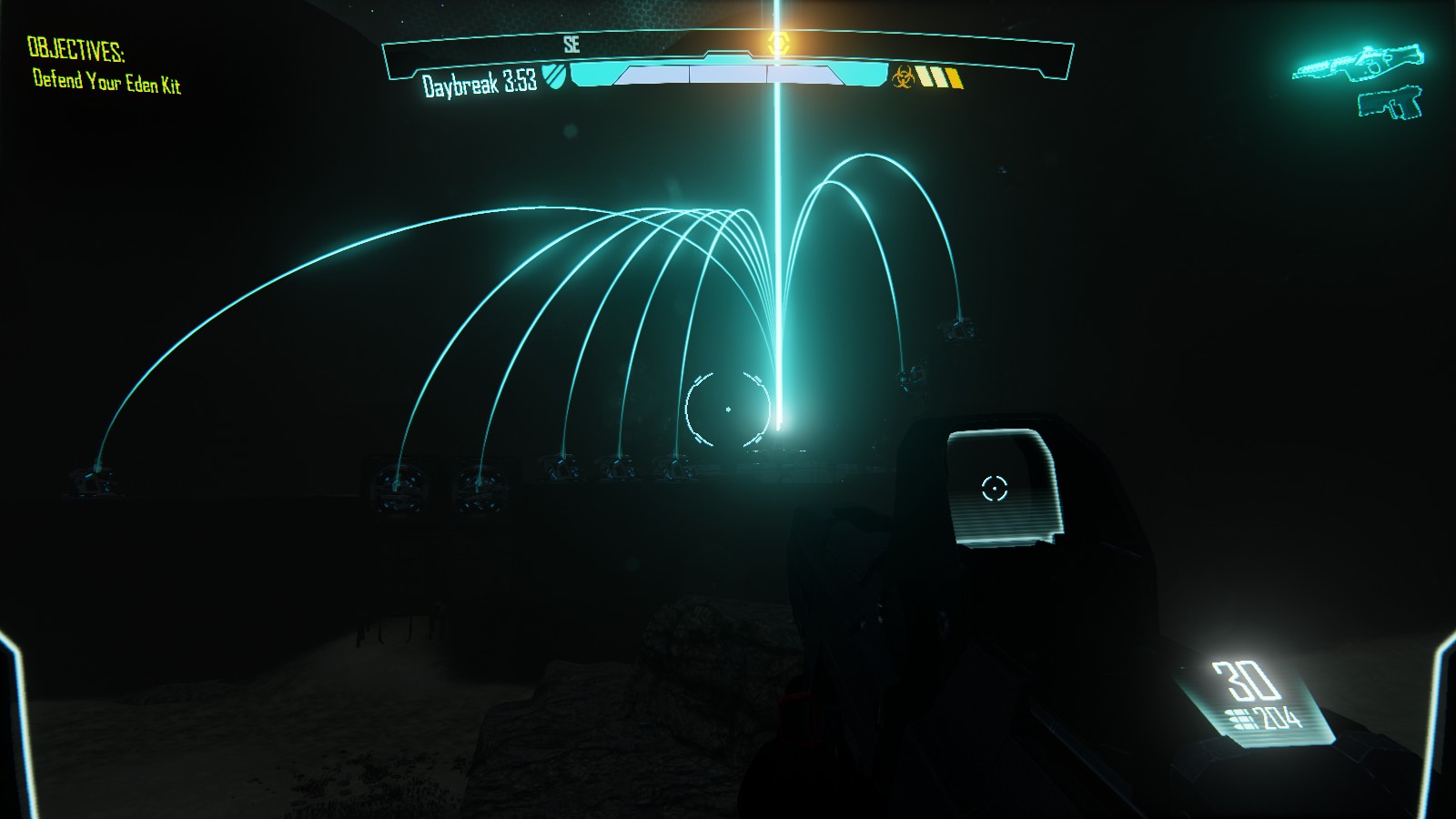 “Gauss Cannon has been completed. The design in EKII’s databases included a wrist mounting option. Whilst it is not as accurate over range than the less sophisticated rifle, it allows me to continue harvesting materials unencumbered. The local inhabitants occasionally find themselves caught on the surface and seem quite displeased at this fact, and are quite happy to take it out on me, despite their earlier reticence to engage at times. The Gauss module ensures I am able to maintain personal security on my travels.”

“I have finally discovered the source of the Tesslinium readings, the blasted bugs build their hives above deposits of it. For what reason I am unable to determine without further study, but it seems I will be here for some time. It’s always nice to have hobbies.” 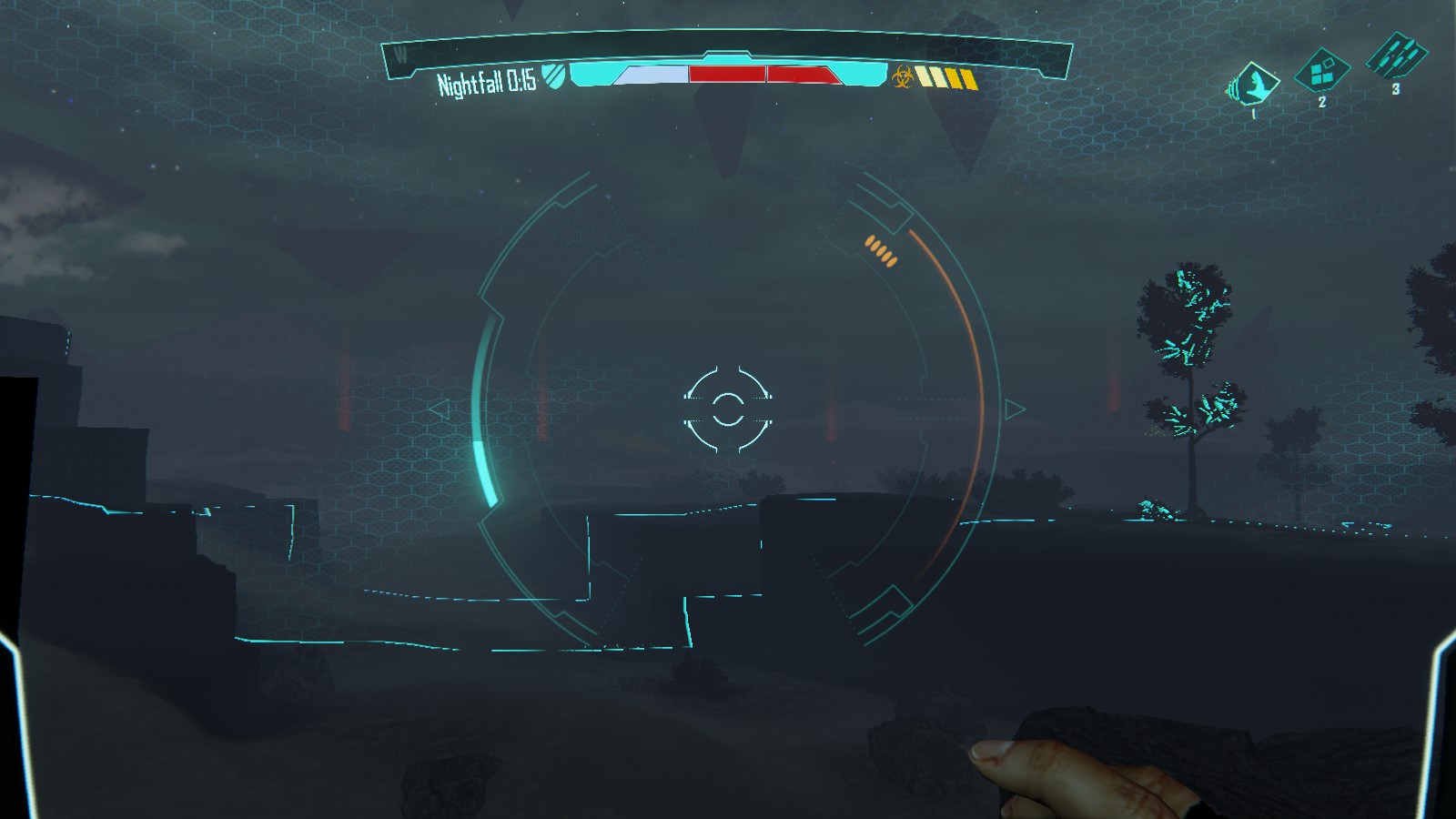 “Tomorrow I will investigate those smoke wisps, it is definitely not my imagination, I am sure of it. I will have to leave at first light if I am to make it there and back to safety of EKII’s protective dome before night falls, and I am once again plunged into the toxic darkness.” 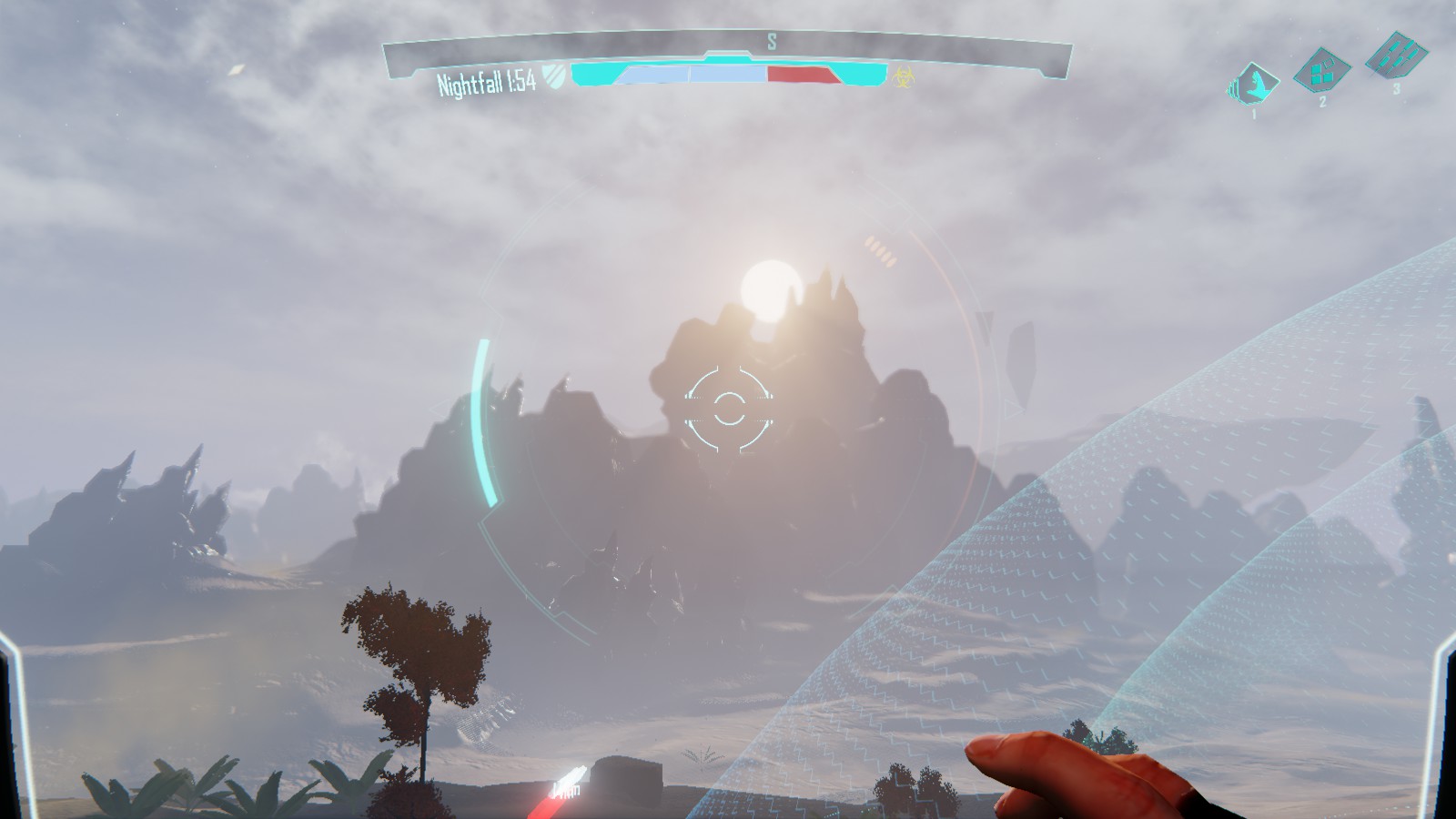 “This morning, I set off into the dawn. I have plenty of ammunition, if only I had something more interesting than my ration packs to sustain me, however I am convinced eating that Splintermite contributed to the degradation of my mental state recently.”

“I had to cross a large crevasse, with a running leap of faith. It was an exhilarating experience, my HUD was unable to determine if there was a safer way, but I suspect it would have taken too long. This is what I spent all that time training for anyway!” 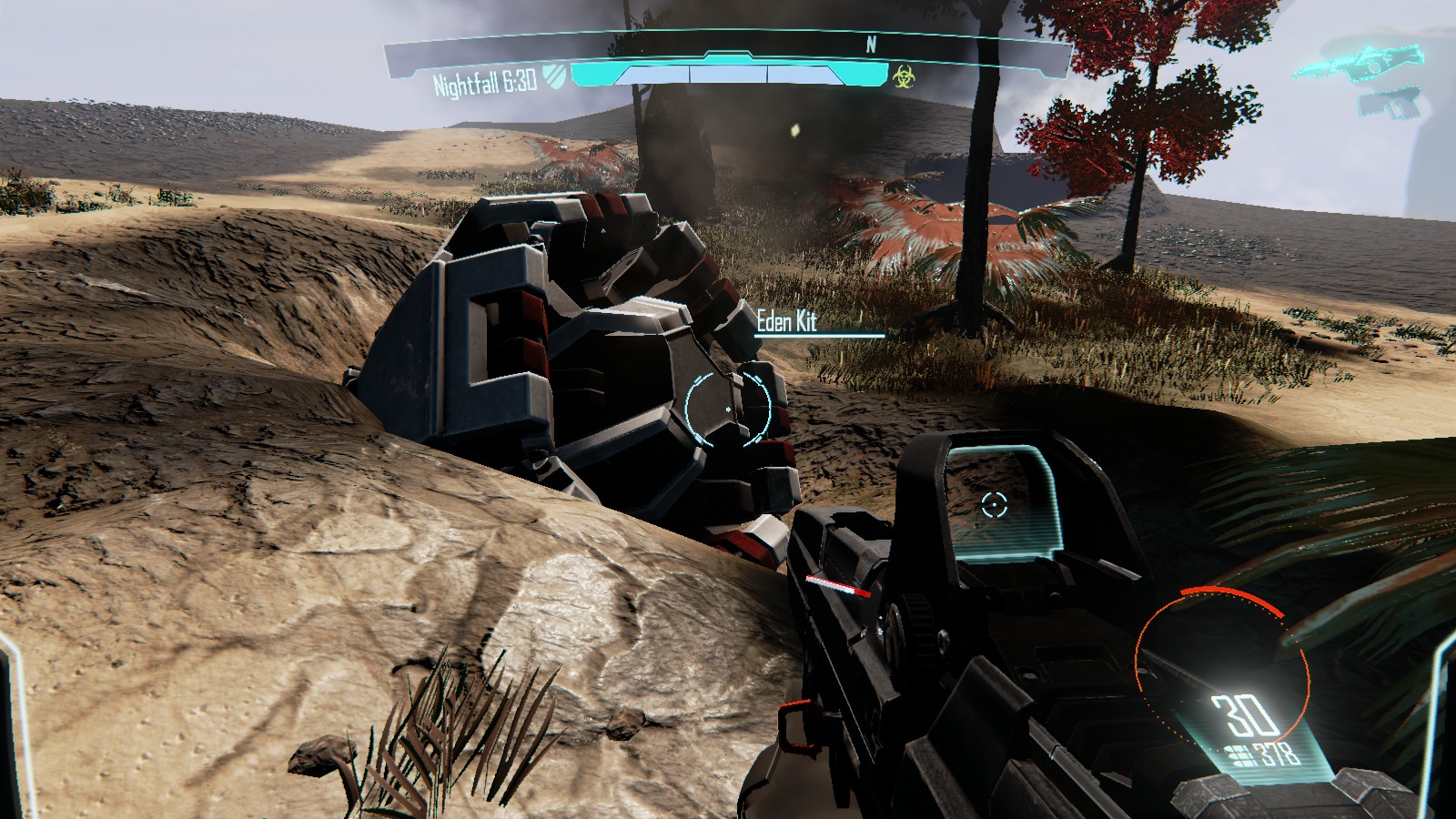 “At last, I have made it to the source of the smoke. It is the smoldering wreckage of a Eden Kit descent vehicle. It made it, but no idea where its Pioneer has gone. I am unable to transition to another island at this time, so I can only hope they are with another Pioneer in another area, or perished into the planet's core. I shudder to think what would happen to someone on Pharus 7 without an Eden Kit to provide sanctuary.”

“I have returned back to base camp, my long shadow pointed almost directly back to the energy bloom of Eden. It has become a welcome site, that column of light. I am not sure when I started to think of it as home, but certainly appreciate its meagre comforts.” 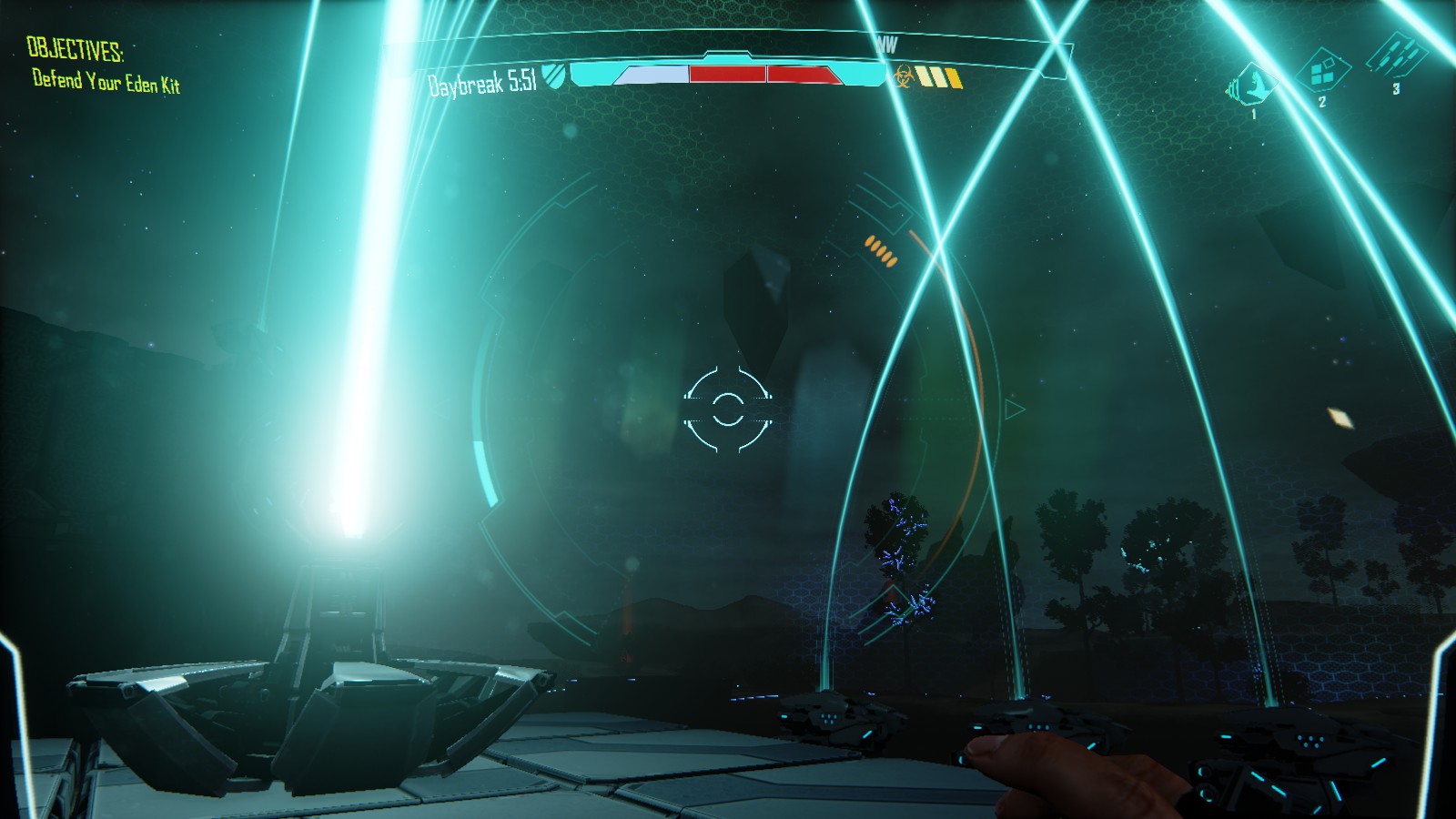 “EKII would not allow me to rest, I am sure the information screen identifying this as Eden Kit IV refreshed with a little more vigour and urgency than usual. It’s almost as if she was starting to become lonely as well. I unpacked and powered EKIV up, as the glittering domes equalised and interlinked with each other, the various status lights glowed a somehow more satisfied shade of green than before.”
“It seems I have a more permanent home here, the second Eden Kit provides power for more defences, and a secondary protective bubble against the nights deadly atmosphere. Time to settle in and start to do what I came to Pharus 7 to do. Explore, Build, and I will Destroy to Protect….. my Eden Star.” 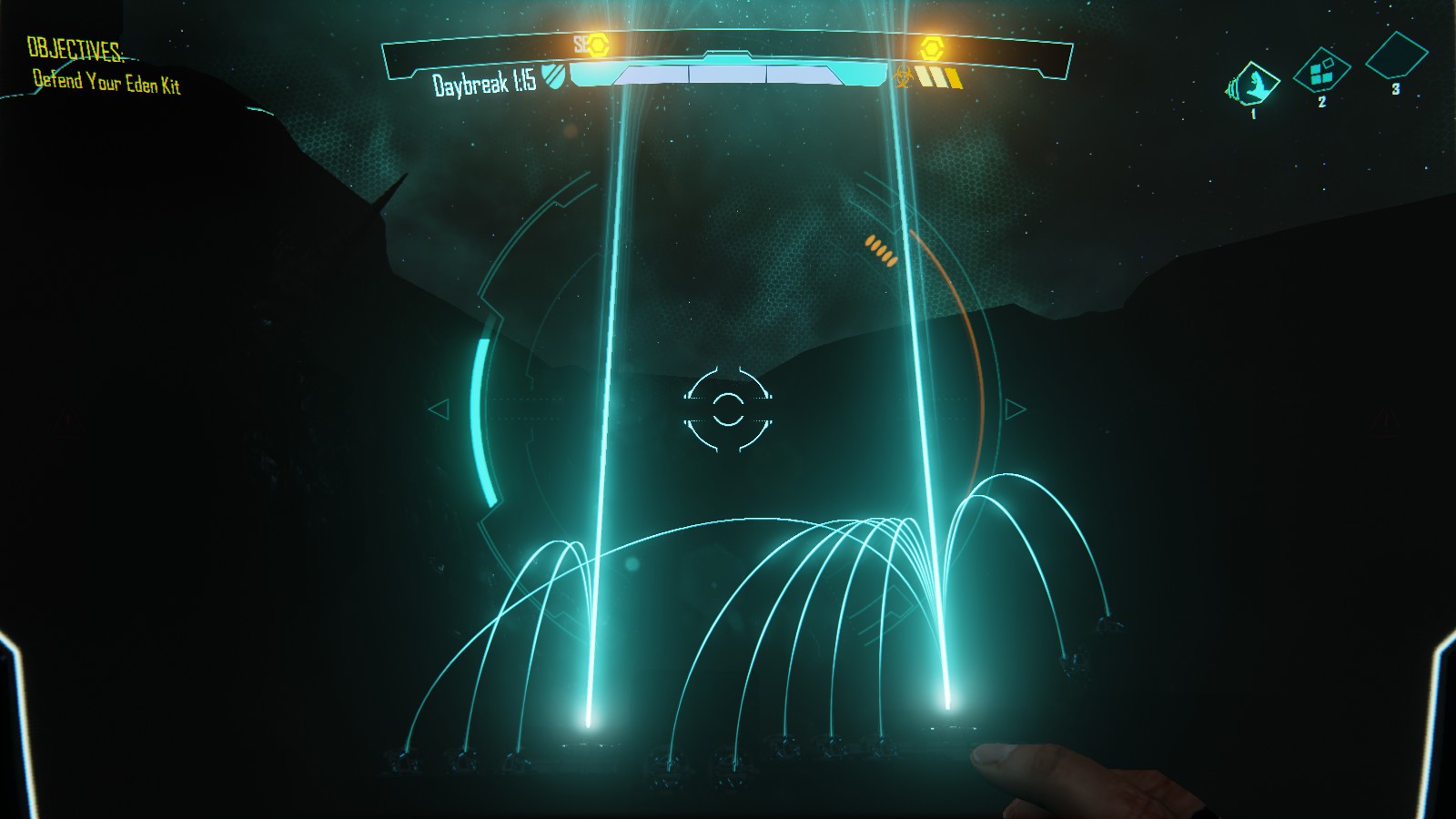 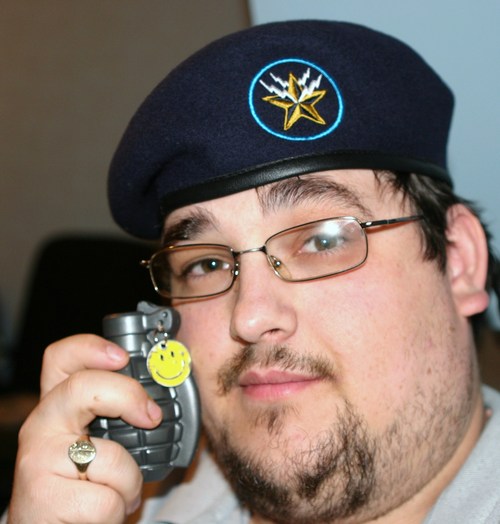 If you enjoyed this Community Spotlight, we can make it a regular event, let us know what you think on the forums:

Also please continue to post up your screenshots, videos, artwork, stories and other awesome things, we love you guys!

hello, will it have at least 2 player coop?

Thanks for being awesome Greag :)

You can check out the public Trello board for the roadmap and proposed features :: Trello.com