In this article, I will tell you about my last weeks of development, some news such as participating in GDWC and other stuff.

This period of my life is very exciting and tiring at the same time. Just check out this pie: 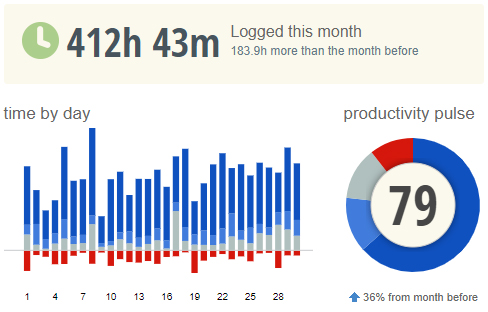 This is my month until now. blue means programming and graphic works directly, grey is when I'm working on marketing and social media, emails. Red is when I play or watch an episode of the Simpsons Family with my beloved (during dinner). On an average, it means more than 12 hours of work on a daily basis including weekends and here you can't see the time that I spend _thinking_ about the game.

I do this for months now... Sometimes I work 16 hours during the day. Why all of this? Well, I cannot deny that I love doing it. I couldn't do this otherwise. But this is also just way too important to me to take it not seriously. I would deeply regret later if the project fails financially that I didn't do everything that I could.

Making a game is an extreme luxury these days. The worth of the time plus money that I put into this would be enough for a half flat. As Cliffski wrote, "if you are an indie, your game will flop and you will lose money". Unfortunately, this can happen very easily and the changing steam environment (worse year after year) doesn't make it easier to get visibility and revenue.

This night I've sent Computer Tycoon to the GDWC (the game development world championship). I think most of the games win because of their visual appeal, so I'm afraid I can't win. But I used their event as a deadline. I deeply believe in deadlines, those turn projects reality. I see failing so many people just being lost in their work for eternity without results. Also, I hope that they will give some kind of positive feedback that I could maybe use in my upcoming trailer.

The trailer! I have a private version at this moment. I got some pieces of advice from friends, but basically, everybody thinks it is pretty cool. This makes me very happy because I'm new with trailers. I'm very excited sharing it with you on October 5th in memory of Steve Jobs.
Still, I'd love to get any recommendations on this topic. If I'm the father of Computer Tycoon, Steve is its grandpa. The game is basically a "Steve Jobs Simulator", simply I cannot sell it like that because of legal reasons. He is my biggest inspiration in this work! So... Could you maybe recommend me any places where it would be beneficial to share the trailer on the anniversary mentioning this relation? You can send me links to any groups, forums, sites etc. I'd be very happy to get any!

Also, I'd like to talk about the game news as well. I wrote so long time ago sadly, that I really have material to share with you.First of all, I made big changes to the GUI. Secondly I had heavy fights with my engine in the last weeks, and lastly, the game's steam page silently has been created. Why silently? Well, originally I planned to release the game on October 5th. Steam administration non-sense made it impossible, unfortunately, so I had to postpone it to 12th (And putting the trailer to 5th to keep the anniversary). The problem is that this means only 1 week between the trailer and the EA dates and because of Steam Direct nowadays every project must be in a state called "coming soon" on steam for at least two weeks before release time. So I had to upload the game site before two weeks of my desired release date. I could put it on October 19th. But... because of the coming Halloween sale, I'm afraid to release the game any later than 12th. This forced me to create the steam page without the trailer.

I know this is a bad move. Uploading the site without a trailer is a bad practice. The reason why I decided to do it this way anyways is still the anniversary and Steve that is so important to me. I beg you to support me on that specific day, without your help this sacrifice will make more harm than good.

In the last last 12 days still, I have plenty of work. I have a very long bug list, and also two non-implemented features, that I'd like to carry out. Stay tuned! Soon I will send out keys to my subscription list as I promised earlier. And please check out the new GUI of the game! :) Cheers! 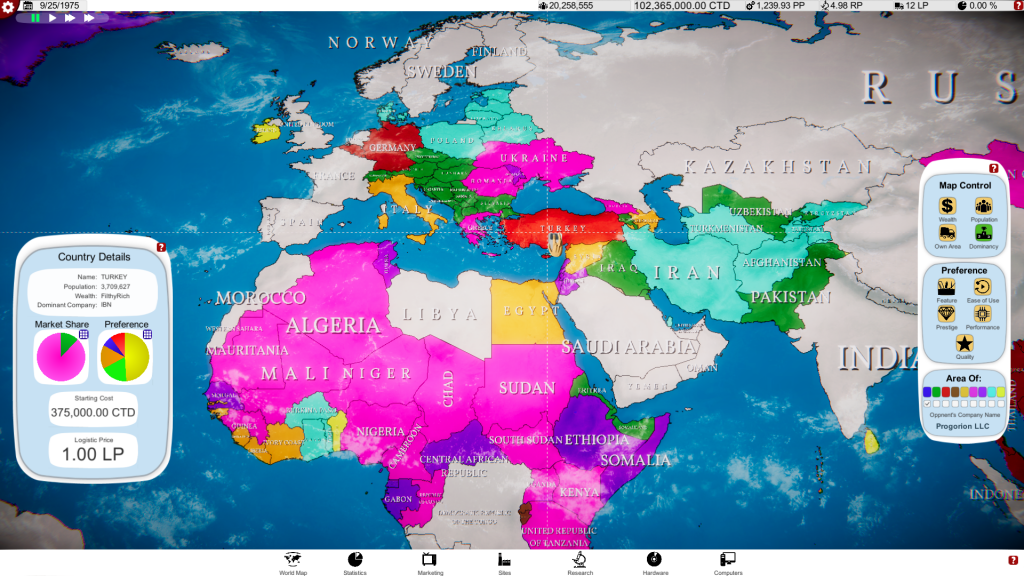 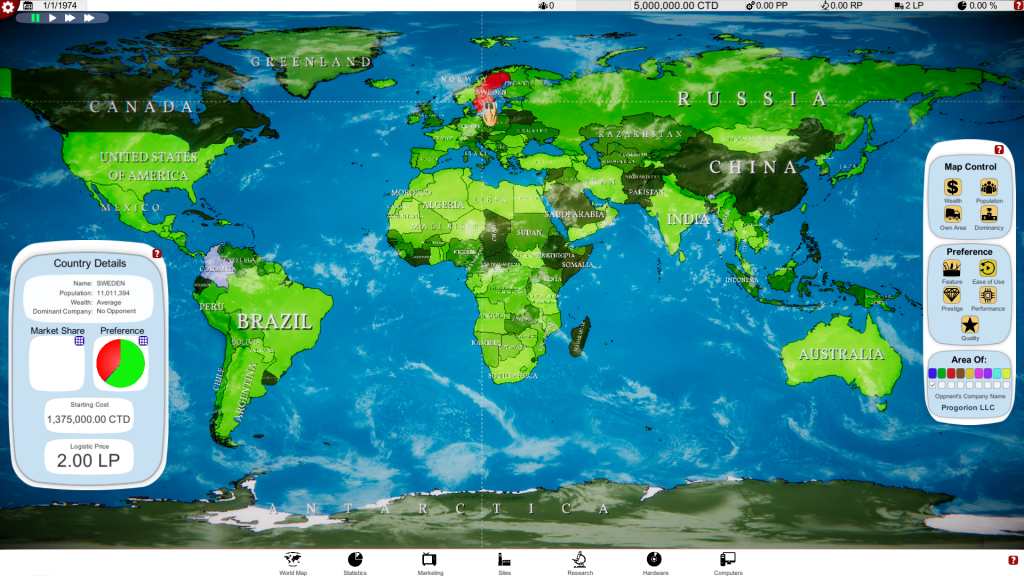 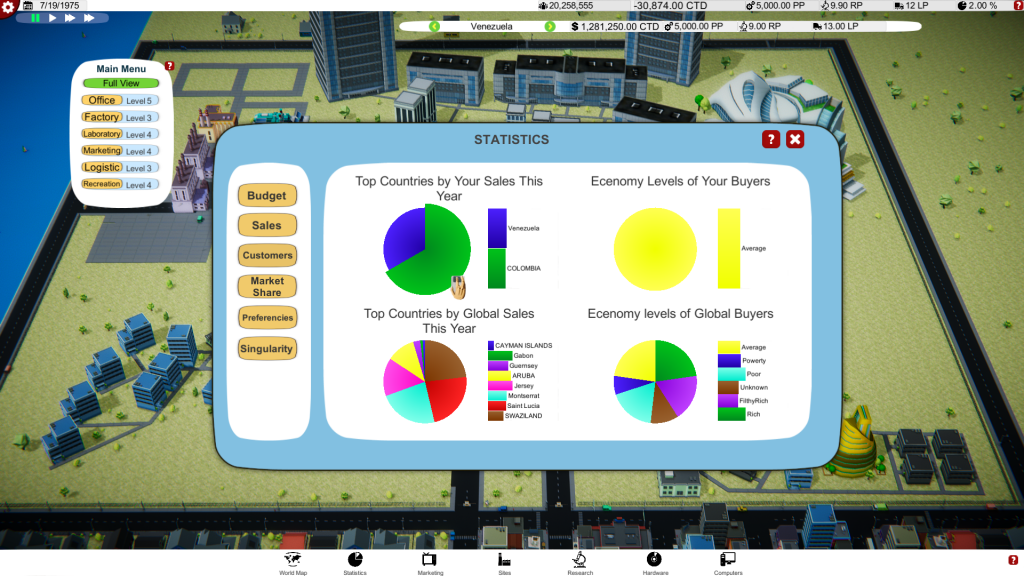 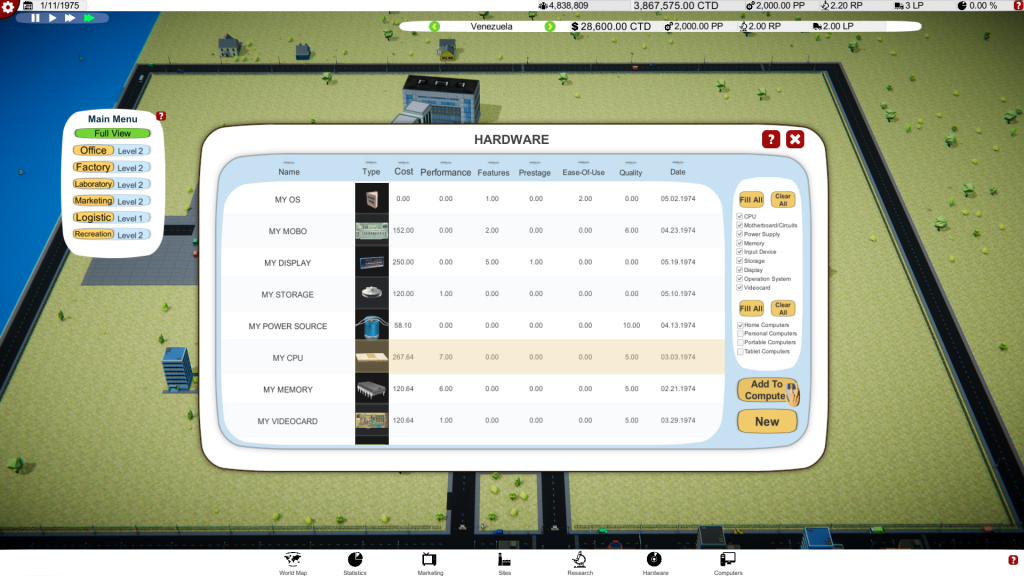 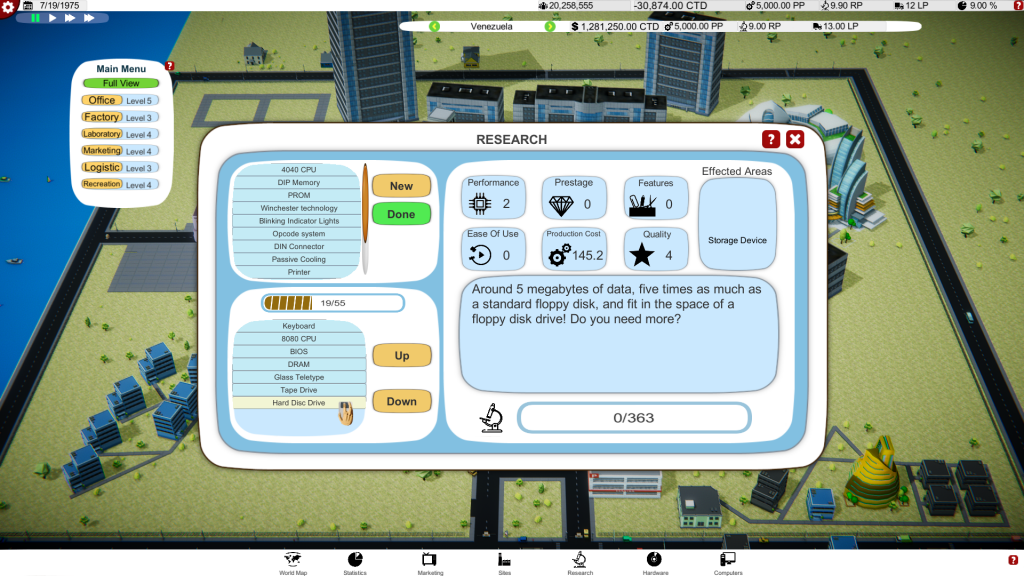 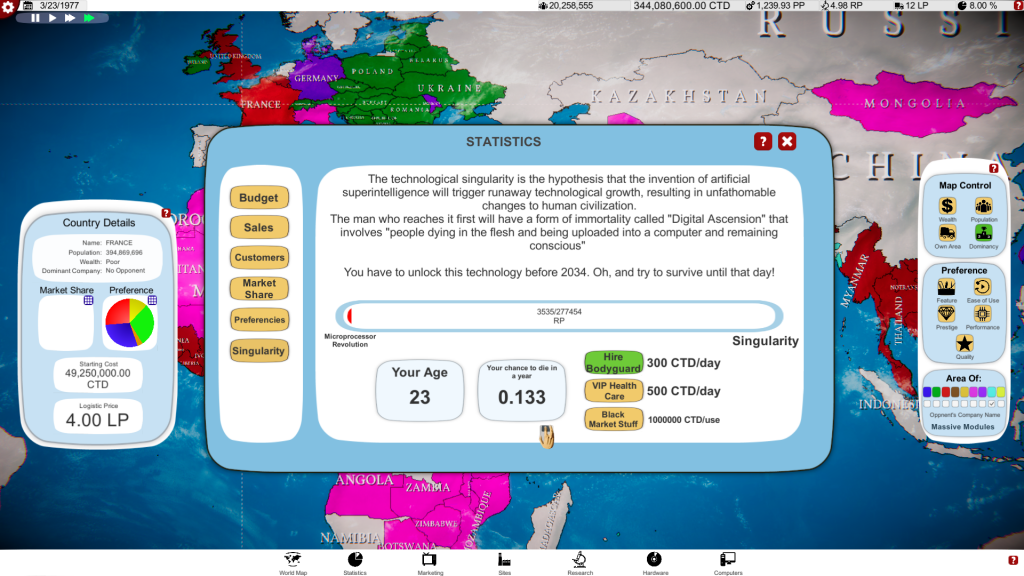 It does look promising. I would definitely give it a try!

I already tried the game 2 months ago approximately and it looks Very Good. It had bugs of course (Not a lot) and a lot of features were in the game but u couldn't use them that it is logical and smart because it shows u what will be in the game. But it looks and i am almost sure it will be the best of this category of games like - gam dev tycoon, You tubers Life etc.. I will buy it for sure only for the effort the guy did, i like else kind of games and a above all it will be awesome. I play games from 1989 so i can understand if i see something what it's about. i SAY IT AGAIN "THE GAME WILL BE AWESOME" I AM SURE 100% minimum RATING WILL BE 80-85% and these from strict critics.