Some details on the stat system and game mechanics.

On Saturday we reached the 25% base funding mark! Thank you again to everyone for your generous support and believing in Combat Core, we have to keep pushing! Support the game on Kickstarter!

I'm sure a lot of you have been tried the demo out, here are some combat tips to help learn some of the basics!

Every character has a spread of different stats that will change various aspects of their abilities.

This stat affects your character's move speed (not attack speed). Speed can be important for evading attacks or quickly navigating the arena to grab pickup, energy orbs, or weapons. Larger sized characters will have a negative effect on their speed rating, and smaller characters will inherently receive a boost!

Determines the maximum health that your character will have per stock, and can range from 1000 points up to 1500 depending on the character and core you pick. As with the speed rating, large characters have an inherent health stat boost, whereas smaller character receive less or no boost. 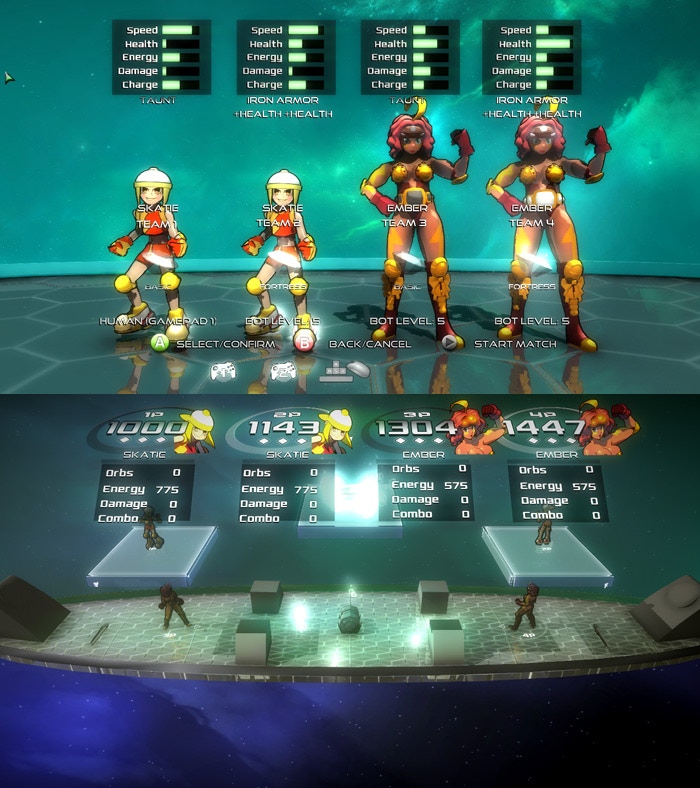 Skatie has a very low base health compared to Ember, but with the "Fortress" core she can get more HP

The energy rating determines the maximum amount your character's core can hold. Energy is used for executing "Core Attacks" or other special skills such as most projectile attacks. Your core shield (guard) also shares the same energy pool. Having more energy means you can utilize these skills more often, or be able to guard stronger attacks for longer. 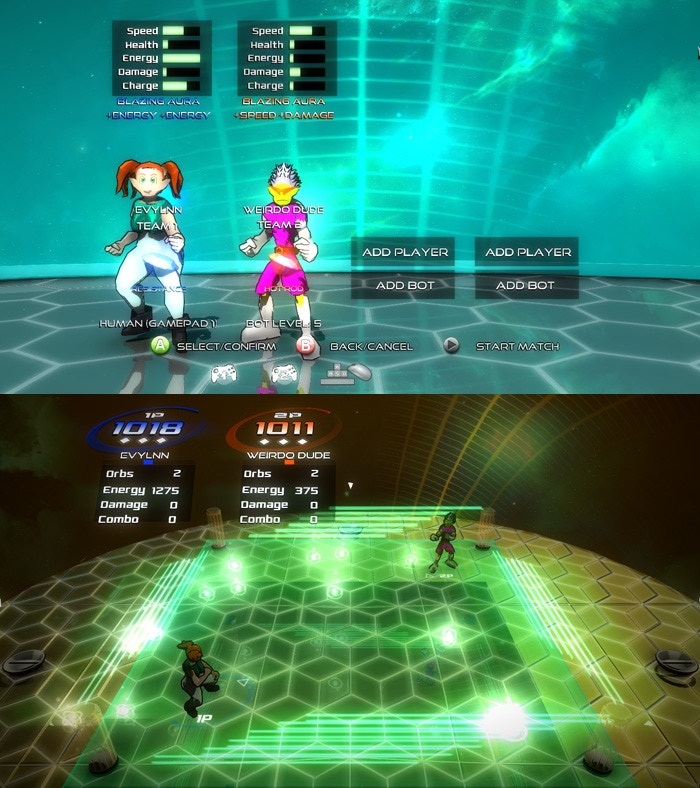 Weirdo Dude is going to have trouble w/ guarding or using core attacks!

In Combat Core, all attacks have a base damage which is then increased (multiplied) depending on the character and core's damage rating. 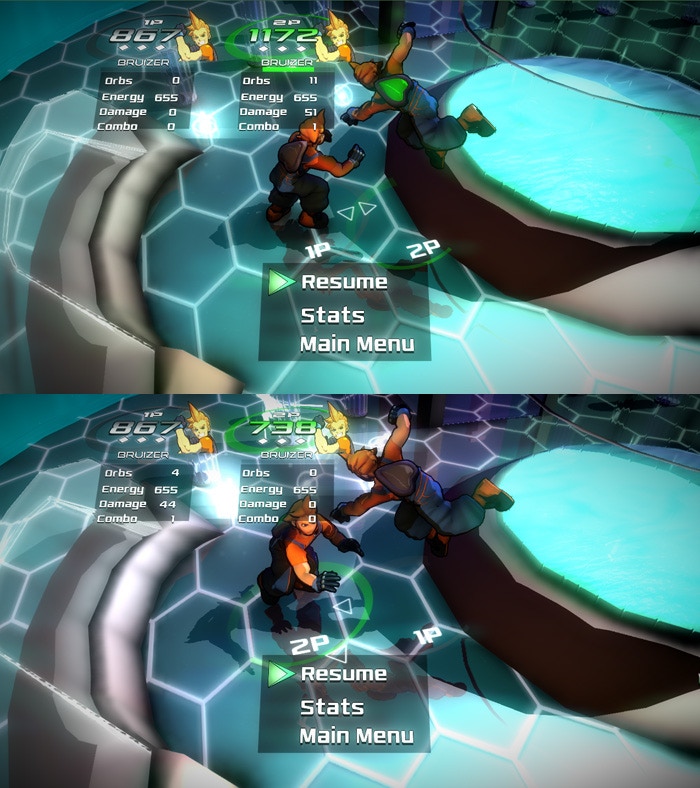 Bruizer's air punch has a base damage of 44 (using the basic core), but when you equip the “Money Shot” core, the damage is increased to 51. 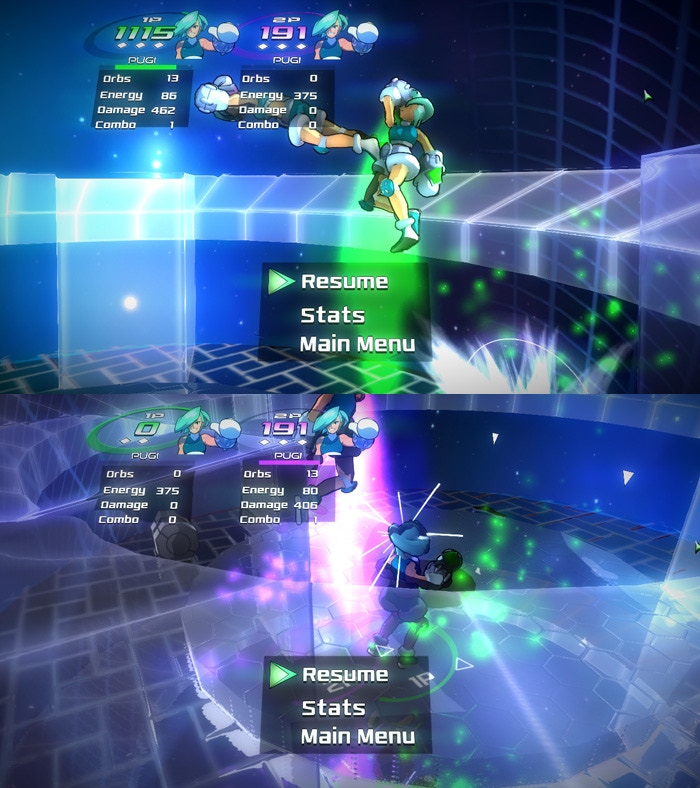 A Beam Uppercut core attack from Pugi will do 406 damage while equipped with “Skyland”, but will do 462 damage with “Money Shot”.

Likely the most obscured stat, the Charge stat determines your energy regeneration rate. However, it's not a flat value. It's actually directly linked to the number of energy orbs you hold. During matches, there will be 20 orbs available for players to possess, and each orb will increase the player's energy regeneration. A player with a high charge will regenerate energyVERY quickly when they are holding many orbs. However, orbs will be dropped when players take damage! A player who focuses on picking up loose orbs will hold the advantage!

Picking up orbs give you more energy regeneration, depending on your charge stat.

That's it for today's update! We'll continue to expand on game mechanics in the future and hopefully some new surprises soon!