Progress: finally after hard work by marchello we add the Cylon rockets in to the game, it is still early beta but the smoke trails will become bigger, We are now working on the fighters to make then fly at real distance and not firing over the holy map.

Idea's: It is still early to say but we have many idea's for the mod but if the will be in it is still unknown,

I have made a list of thing that i think should be in the mod and will be discust with the team. 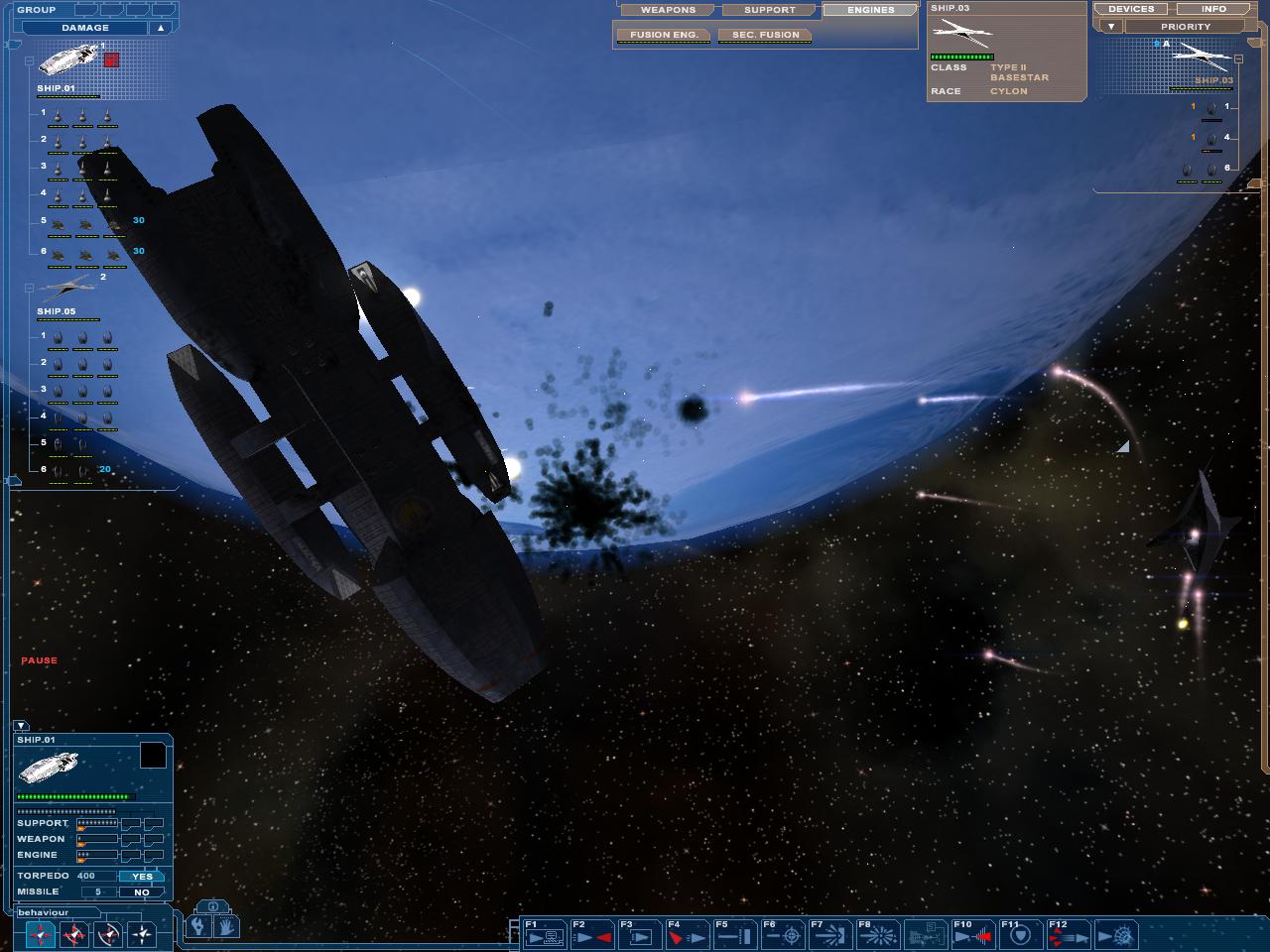 Want to become an member and interested just sent us an private message.

Yes, very good to hear such things, keep it up^^