After intensive testing, I got a very positive message - CoD2 can use the same equipment system as CoDWaW with all its benefits.

Hi all!
If you read the summary of the news you probably don't believe me but it's true. I can save the character's body into one modelfile and all the equipment into another modelfile. Then I put both into a script file and voila! the model is put togather ingame! 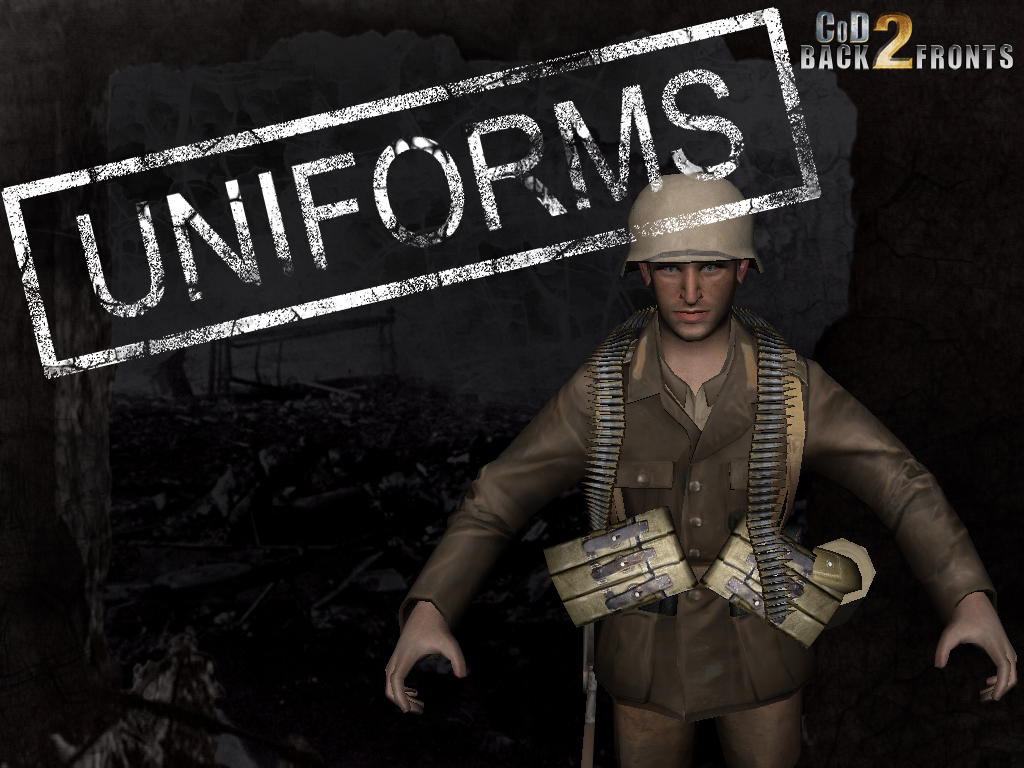 I came to this discovery just by accident. I was looking through the CoDWaW mod tools and decided to look how the gear model is attached to the character's body. When I looked at the script I noticed it is very similar to the CoD2 system of adding a helmet to the character. I decided that this is a great oporthunity for a test. I created a plain character model without any equipment. Then I created a model with just equipment in it. Then I wrote a script to put these models togather and run a test. And in worked! See pictures below from the test (each equipment variation has different set of gear stuff):

This method gives a huge amount of possibilities because I can now make a difference in script if the AI has got for example a MP40 or a K98k. In other words, I can make pouches for various models and make a script that will decide which pouch belongs to which weapon. So a crazy stuff like this can be created: 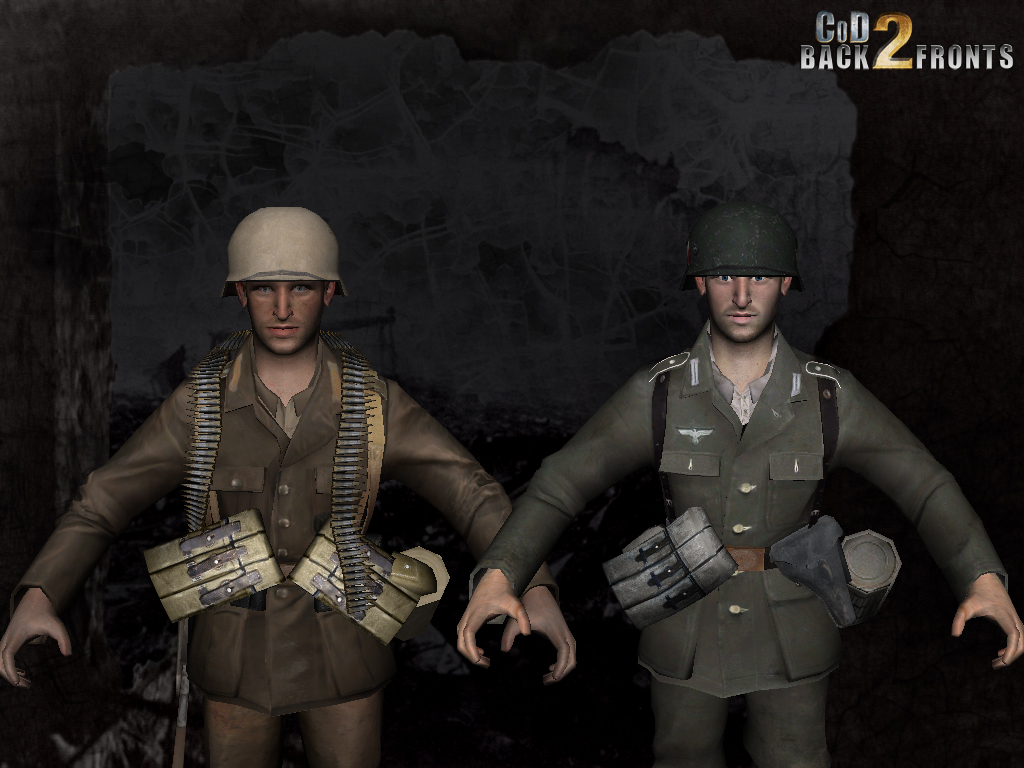 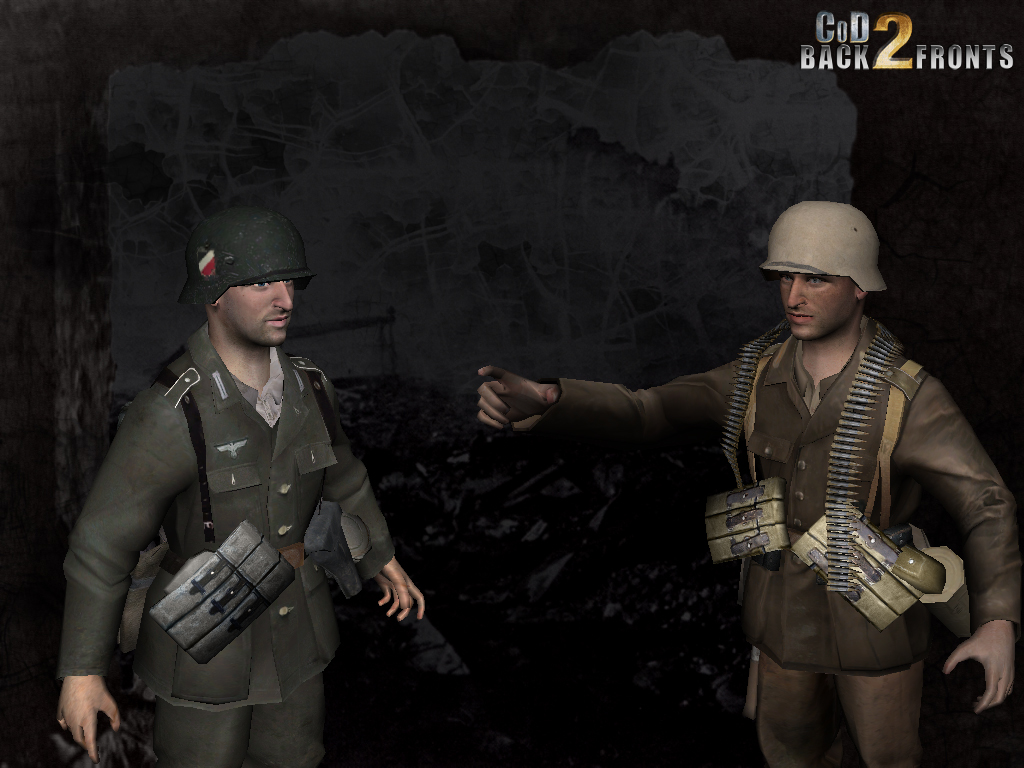 A little late for this, wouldnt you say?

Little late for what?

When was it late ever for good news?

You might not know but the xmodel/xanim format has been reverse engineered just recently. It took that long before modders finally got the needed tools for their work.
Infinity Ward and other companies behind CoD franchise don't give a sh*t about modders.

Now I would really like to know about that.
This could make my ideas for CoD 2 live again!

Tom-bmx.com
Tools for animation and model import and many more...

Great work, it certainly does open a lot of new possibilities...

Man, I remember CoD2, you know, before the franchise turned to absolute pure and utter sheit.

you mean when they made a high poligon version of cod1 and added ****** health regen?

This is sooooo nice，watching German soldiers running around with Kar98 ammo pouches but stick with a mp40 in their hands is really a pain in the arse.

Um hey this comment is off topic for this but when is the mid-reload animation for the m1 garand is going to come out? and if it it out where can I download it? Thanks and awesome job on the mod, keep it up!

You should have these models for multiplayer.

THis is great! german soldiers has to be diversified otherwise it will feel like clones. Please use this for SP.