We're working like crazy on all different aspects of the game. From assets for the last theme to hand painted in-game cutscenes; from bugfixes to new enemy AI. Oh, and: puzzles. Lots of them!

You haven't gotten an update from us in quite some time. That's because we were so busy doing things that are worth updating you on!

Right now, Marco and Hernan are finishing the assembly and lighting of levels 13 and 17, the last two of the second chapter, before jumping right into the Mothership of the third theme.

Maria is building a bunch of modular assets for exactly that at the moment; most of the basics like floors, walls, pipes, cables, containers ect. are good to go. Next week, we'll start testing different lighting scenarios with them. 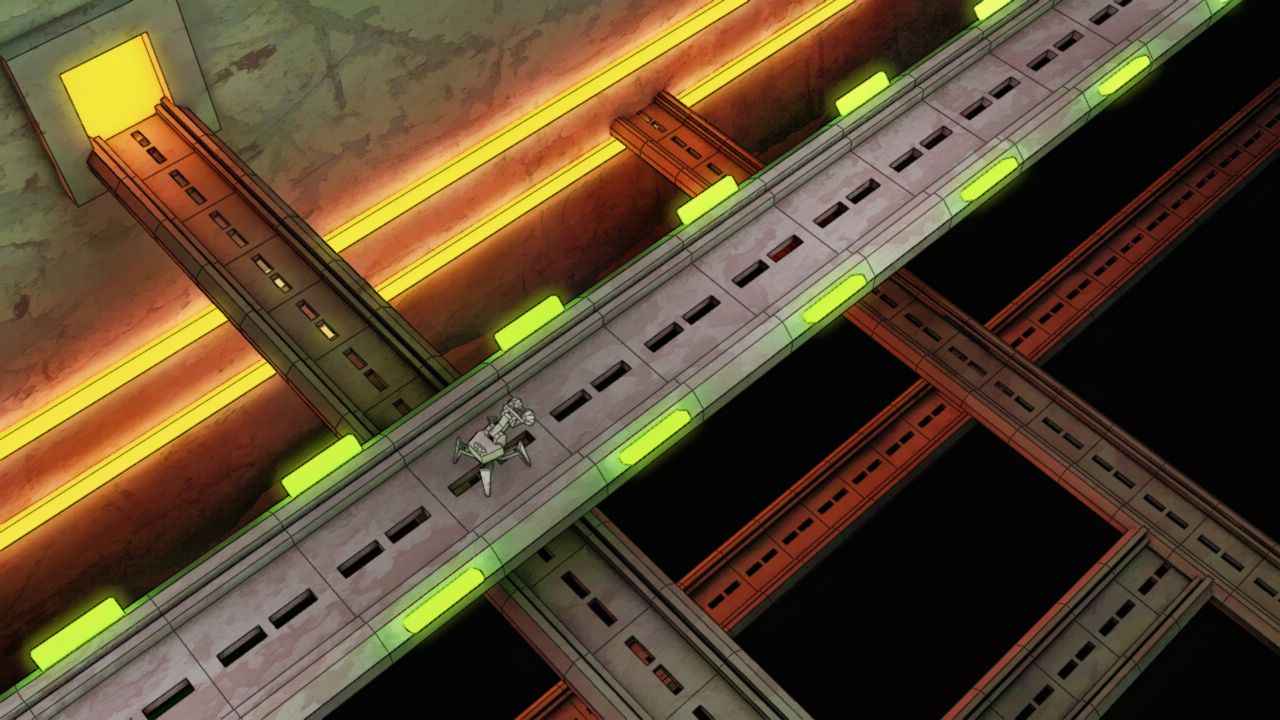 Vossi is designing puzzles for a new kind of enemy and a variation of the drones while Matthias is fixing loads of little bugs that have accumulated over time. He also implemented an energy force field for the enemy and tightened the controller input. Jonathan is doing tracks for the desert and the final chapter and Felix is working on finishing the in-game cutscenes.

We've also been talking with the guys over at OUYA and so far, our communication has been smooth and promising so stay tuned for future anouncements! For now, OUYA PR has posted our video on their Facebook page.

So many Android flavours... Linux?