Our final update for the month of August. Today we're revealing just what our new weapon is, and giving yet another hint toward it's function. We're also showing a whole host of other features that we've been working on all month.

It's day two, the final day of our August update. We've got a few surprises for you today, as well as some new features to help the mod's atmosphere. So, without further delay, here's something a great deal of you have been waiting for: 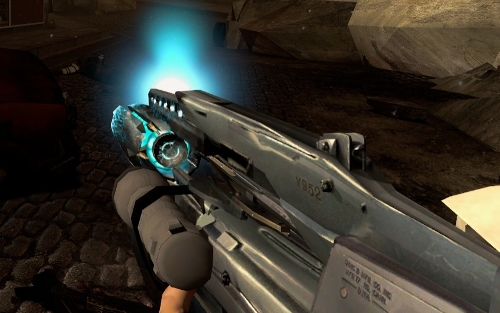 The last hint you'll ever need:

The last fact you'll ever need:

This weapon serves the same function in City 17 as the Super Gravity Gun in Half-Life 2 and Half-Life 2: Episode 1.

Watch out for these guys. Rebel Zombies, because of their thick kevlar body armor, are a bit tougher to kill than the Citizen Zombies you're used to. They also pack a harder punch. Keep your distance.

As always, we at Team Gear are constantly improving on our work. Since our last update, our water particles have gotten some major upgrades. 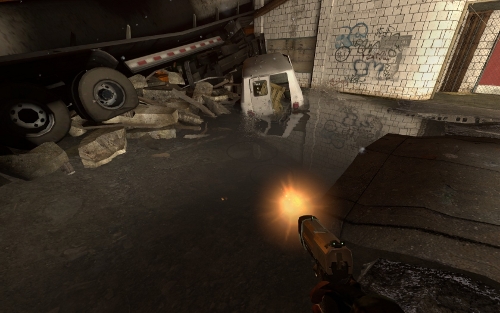 You might notice we now have custom hand models, and that we've also improved the muzzle flash particles. 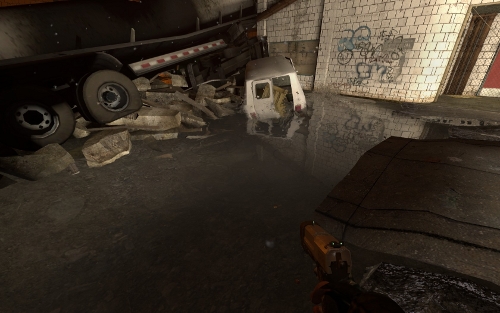 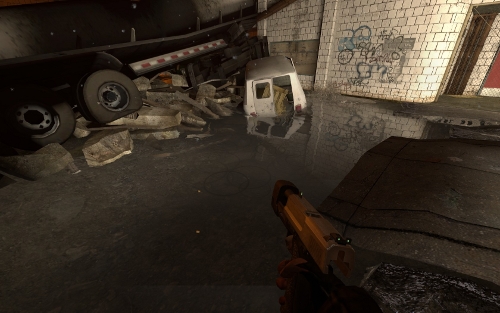 
Now, your main FOV and your zoom FOV is independent, giving you more visibility while using the scope, and just plain making the game more realistic. 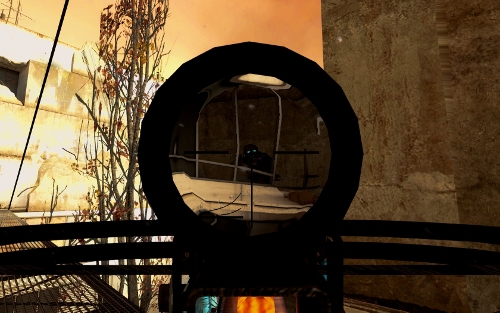 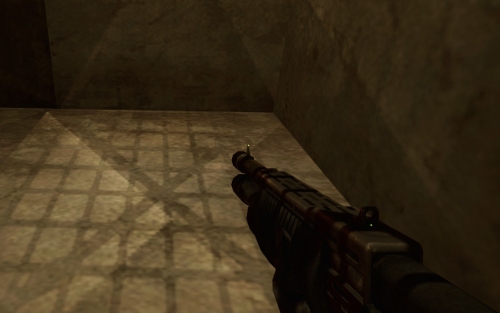 Projected Textures now obey the leaf system, meaning, when the object, or objects they are casting on are no longer visible, the light will cease to render, saving a large amount of frames.

Before, projected textures would constantly render, which in addition to the obvious performance lowering effects, would cause the light to cast through walls, and create strange "artifacts".

Now, much like Left 4 Dead, your flashlight is tied to your viewmodel. This creates moments of almost total darkness in dark areas when reloading, and other such actions, giving a more cinematic experience to gameplay. 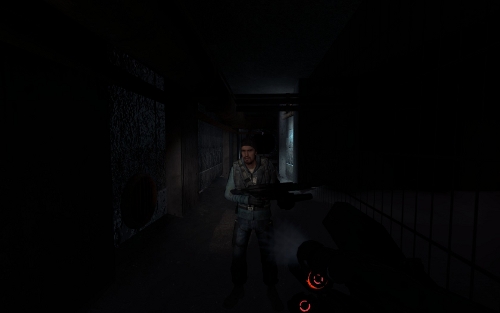 That's it for this month!


But check back in September. We'll have plenty more for you then!

You should make the rebel zombie a much faster zombie,

We also plan to make them much more bloodier. A skin like that thankfully already exists in HL2.

Cool! Why is there a point on the thump on the new hands? The sharpe glove point thing. Also I've been waiting for someone to finaly do water in source like that! Good job keep it up! :D

Oh. My. God. You guys are completely revolutionizing what the engine is capable of. Nice work!

looks awesome... now if u culd just add parallax mapping u wuld have mod of the year ryght here :)

This update deserve an awsome-O face

Are those sounds from STALKER? Sounds alot like it..

I believe he means the Geiger counter sounds, in which case, ours and Stalker's sound similar because they both come from real Geiger counters.

Awesome but the muzzle flash looks terrible. But we really need video to judge.

OMFG this is really pushing the source engine to the LIMITS!! my pc is gonna die... :( becuase i have a Geforce FX5200...

OK, I haven't taken a look through here in a while, but I come back and OMFG! Just when I thought it couldn't get any better, IT DID! This is just simply fantastic/incredible/amazing work you guys are doing. I can't even describe how awesome it is to see City 17 coming along so well, especially after NightFall died. I'm here to the end, waiting patiently and biding my time goggling at the screenshots and videos, wishing I had the time and energy to create maps of that quality, even on a tiny scale.

Nice update, look forward to seeing some more videos to demonstrate these weapons :).

Since theres already a combine soldier, maybe the rebel zombie could have the same grenade ability as a zombine but is much faster, making zombie kamakzi bombings much scarier.