We've finally finished the character concept art and are releasing an update to let you see what we've come up with!

We tried to stay as true to the original units as possible, using whatever references we could find. All of the concepts that appear in pairs (excluding the Commando) do not have finalized faces. We'll be taking care of that in the modeling stage, so don't worry. Now that we have that out of the way, let's move on to the concepts!

First up is the Minigunner: 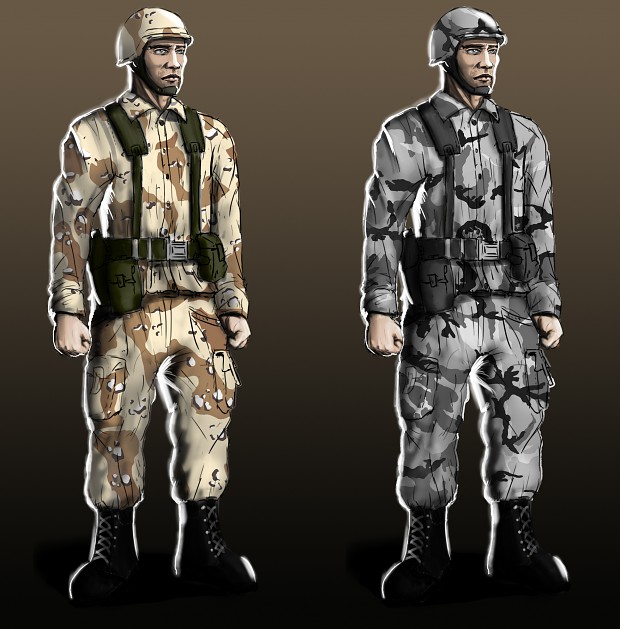 Next we have the Rocket Soldier: 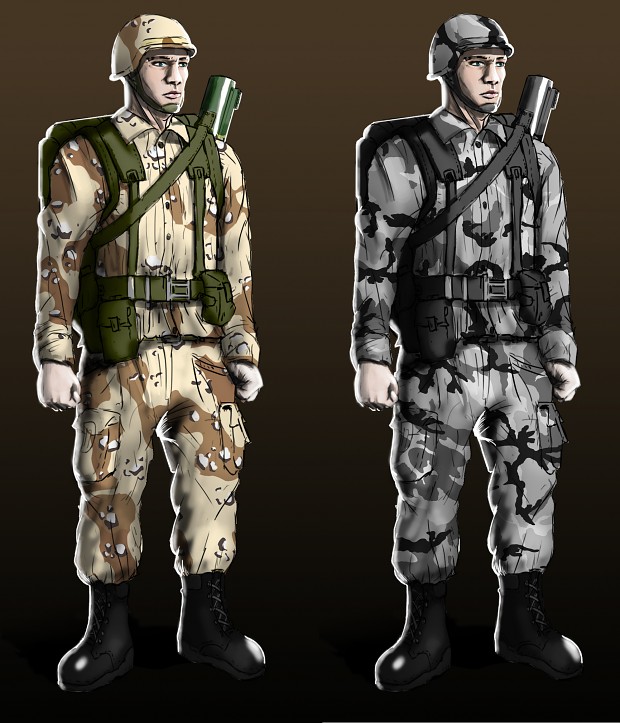 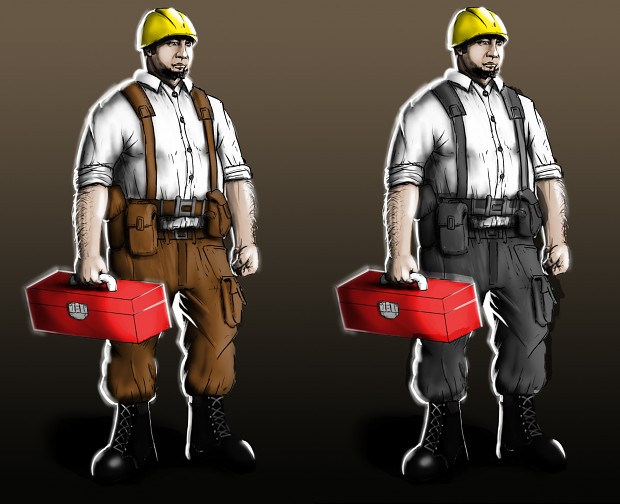 And then the Technician: 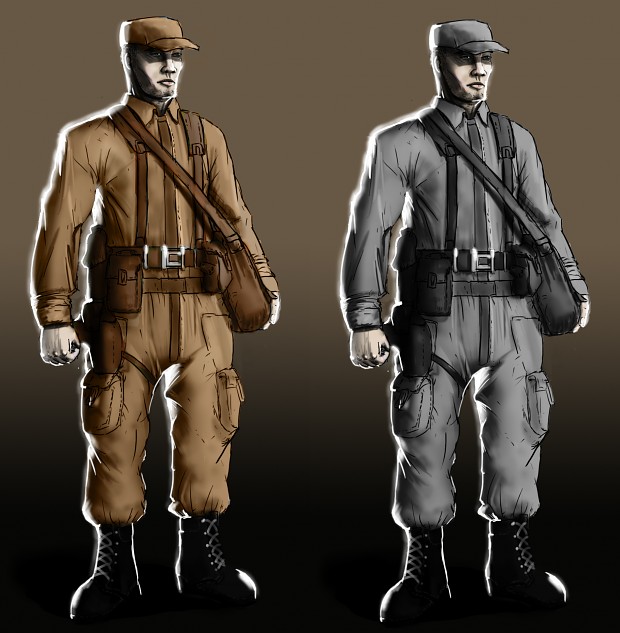 Now we have the Commando: 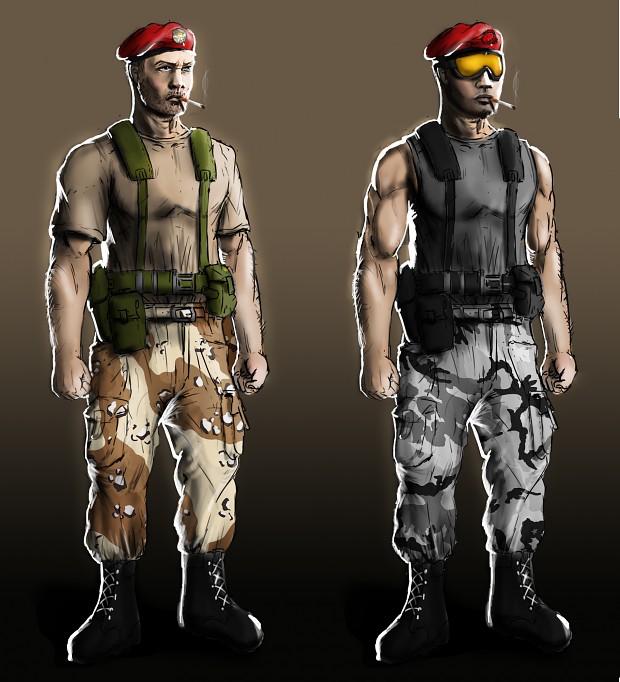 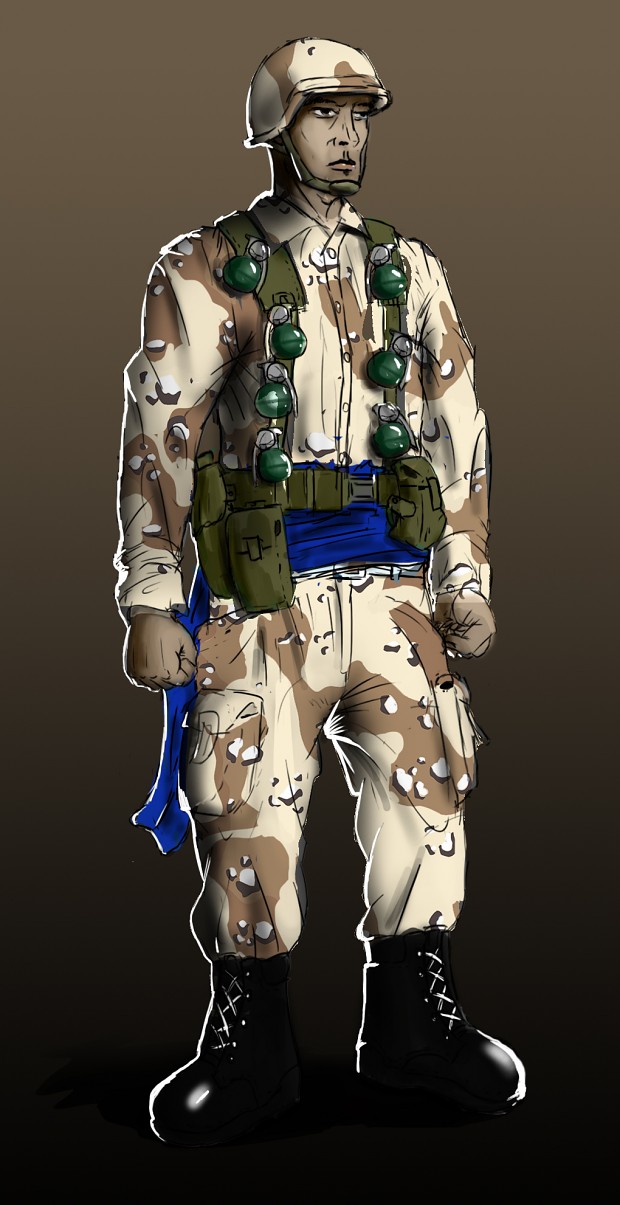 And then the Flamethrower: 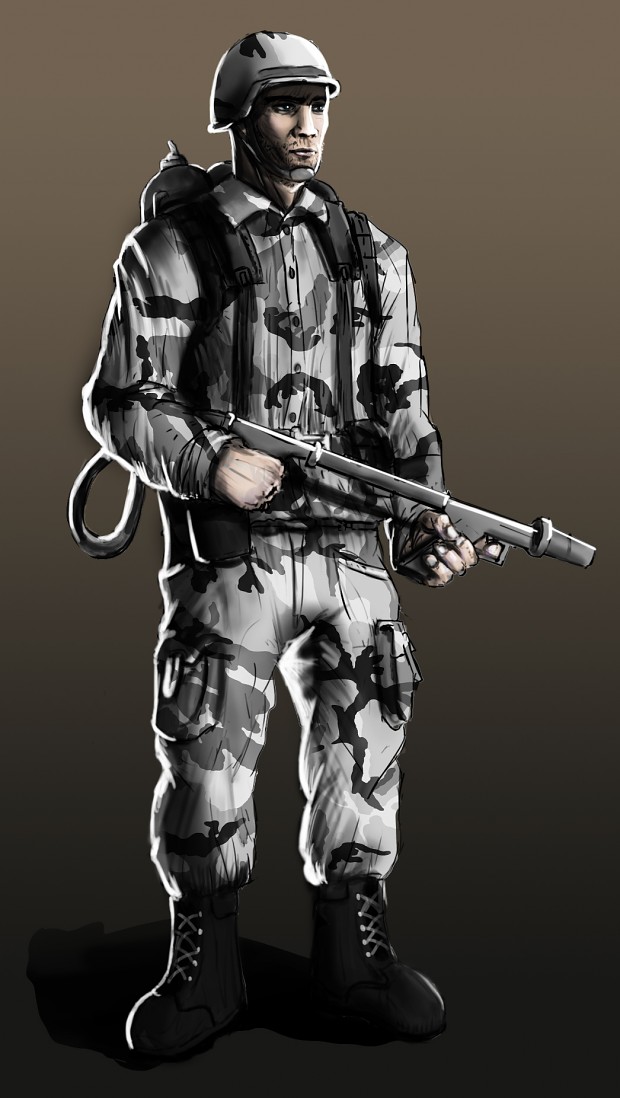 And finally the Chem. Warrior: 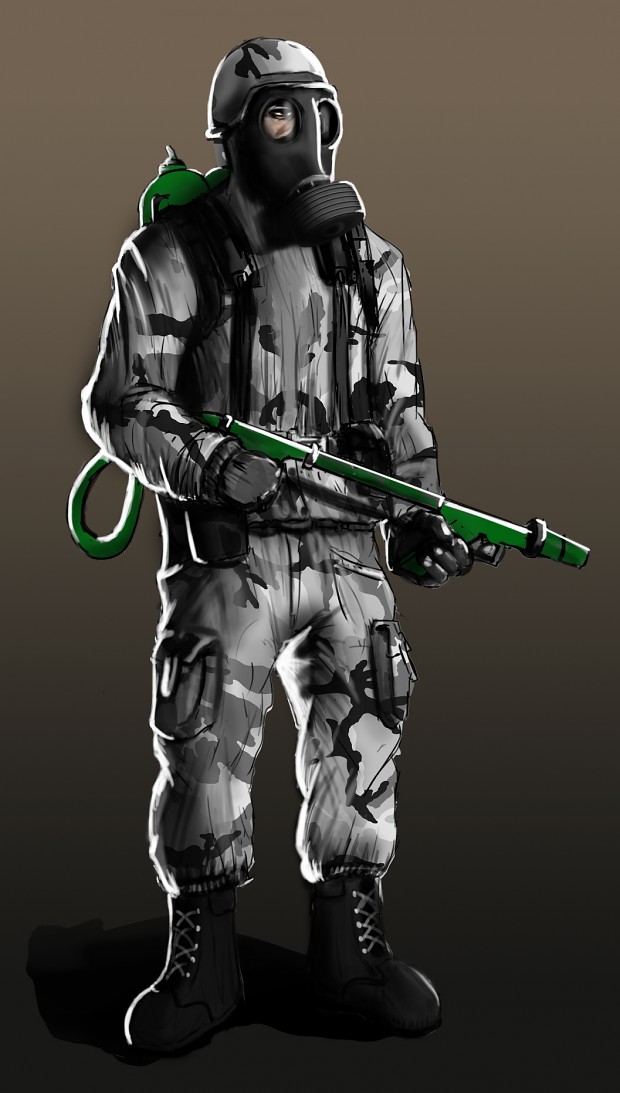 We're working on modeling the characters and bringing them into the engine (which is now UE4) along with the weapons so we can see how they play before we get started on the interiors of some of the more complex buildings.

Thanks for checking in, and stay tuned for more updates!

IMHO units for both sides should look much more diffrent than just color of clothes.

We decided to stick with what the references gave us. The difference in color should be enough to distinguish what side someone is on.

dude, in the First Tibwar GDI and NOD had almost identical weapons and techs...

You should make a mod for renegade x instead.

We've been considering that option, but as it stands we're currently going to be a standalone project.

Standalone renegade x mod.
It is really hard to make a game from ground up.

We'll look more into the pros and cons before we make a final decision, but for the moment we're making our own game.

I think best option (in my opinion) would be to join Renegade X Team and support them with improve Renegade X, maybe in future we will see extension like Red Alert X.

Neither Renegade nor Renegade X are as close to the source material as what we're going for, so any kind of partnership in that regard is unlikely.

These are all awesome!

Personally me like that camos you guys have chosen)
DBDU and Urban camos fit to sides pretty much!

Glad you like it! We thought it was pretty close to the camo in the references, and it's good to see that people approve of it.