Hello everyone! In this article we want to show you the current development progress of the third chapter, "Duty Calls", and few other interesting updates as well.

After the release of the "Insecurity" chapter, Skyms2663 (creator of the Black Mesa: Insecurity) contacted our team and gave us his restored map sources, which made development of the third chapter much easier. Our level designers used these sources as a base for our maps. Some places are even being slightly improved without major changes.

While part of the team was still working on the second chapter, a separate part of it was busy by making "Duty Calls". Geometry and base design for the locations are mostly done, and next things to do will be more detailed visuals pass, adding gameplay and optimizing the maps.

It's no secret that in the original Blue Shift, the entire chapter took a maximum of 15-20 minutes to complete. Location designs changed too quickly and that time was not enough to get in the atmosphere of different zones. So, in order to fix that, we will expand this chapter too. There will be some small additions, and maybe some new places where player could walk on, adding more time to spend there.

You must've become tired of all this text, so let's get to the fun part!

We'll start with a screenshot of the location based on Skyms2663's work. This and many other places were greatly remade and improved by Faber: 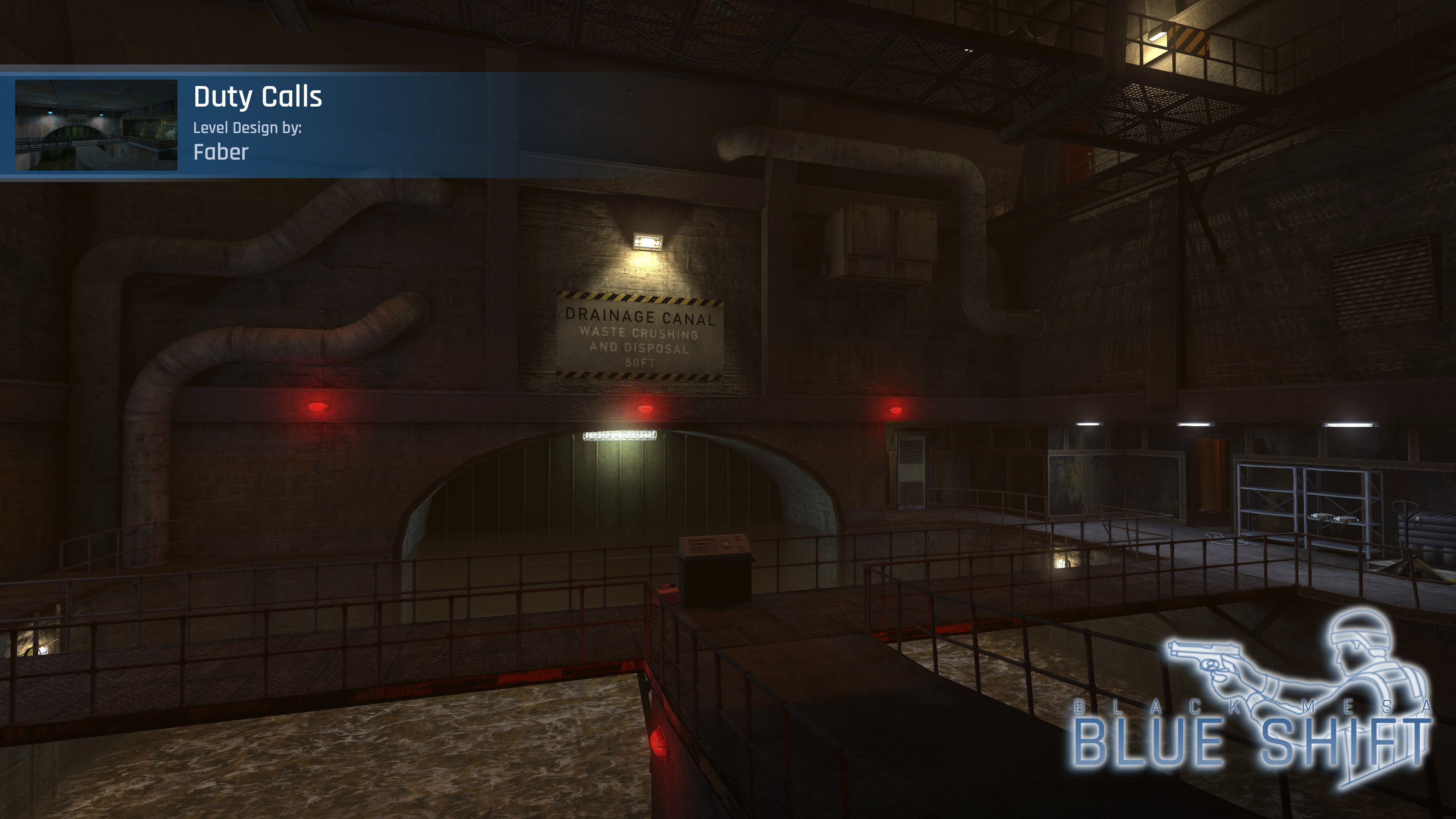 Next location took BlackPriest's inspiration and skill to improve the overall picture that players will see: 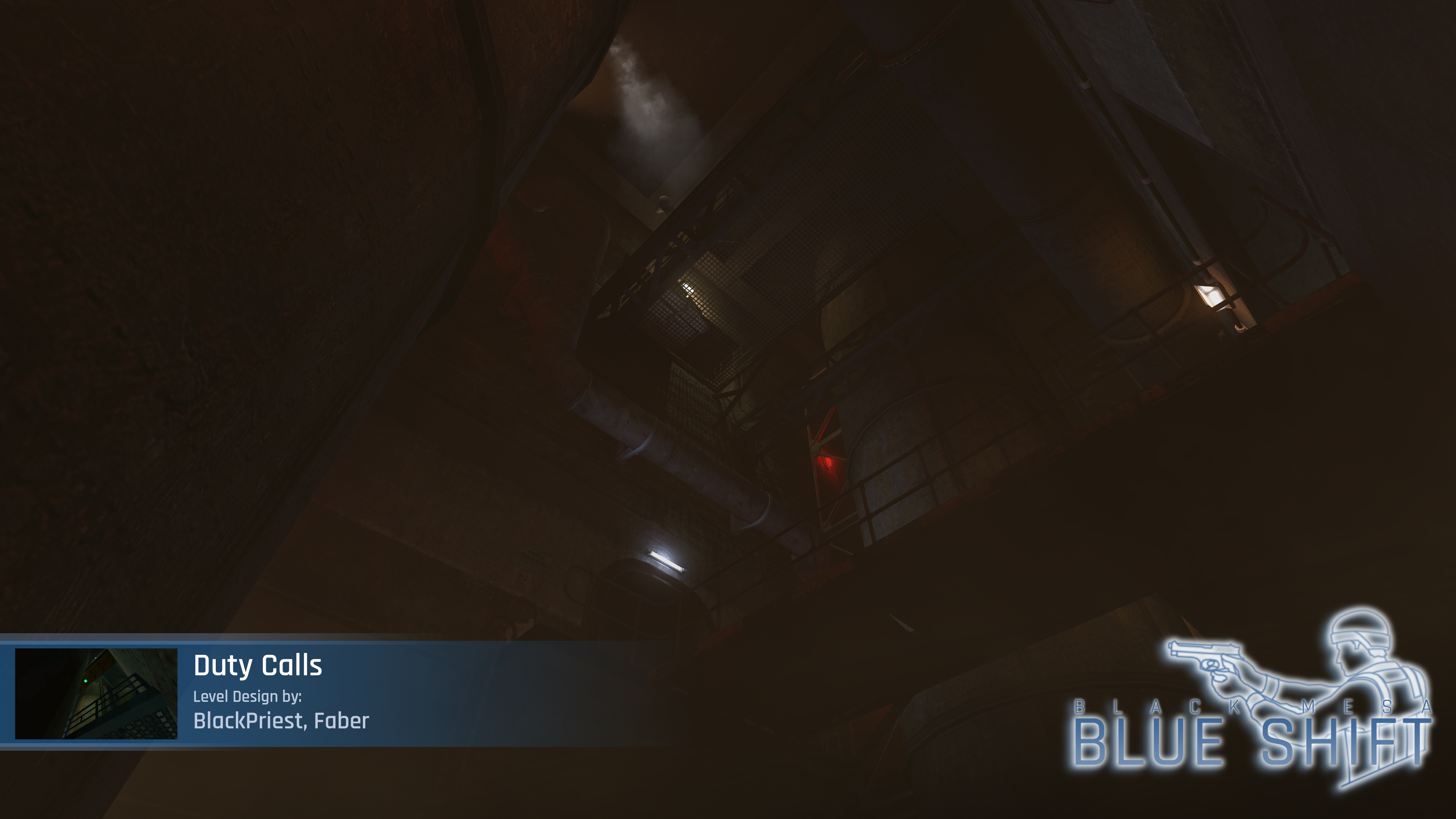 We want to mention that Kevin Sisk helps us not only with voice acting! He makes a lot of models and textures for our mod, and this is really an invaluable help for us! Here's one of his works, which was in a few shots from earlier in this article: 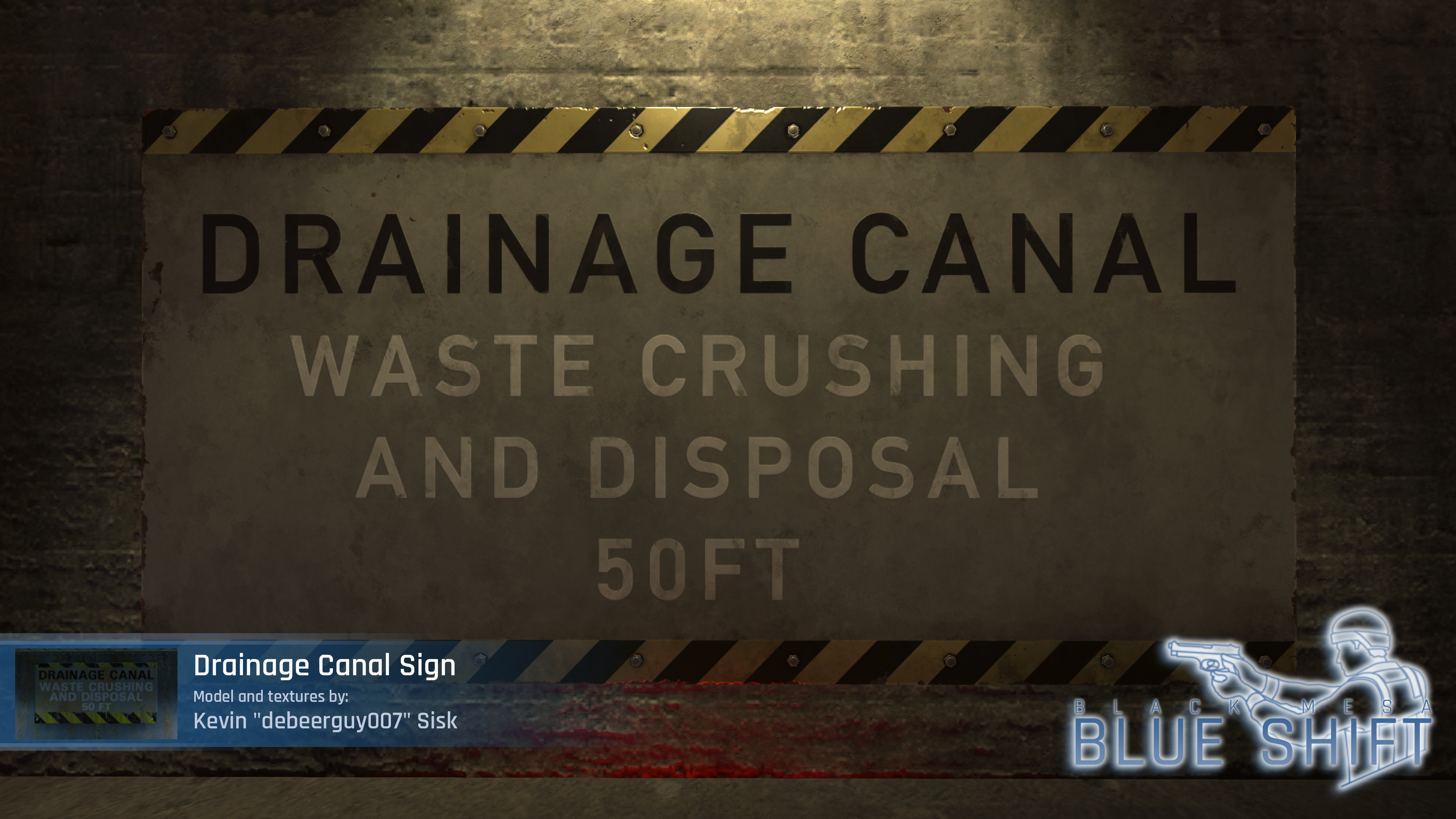 Here's a custom model made by Rimas: 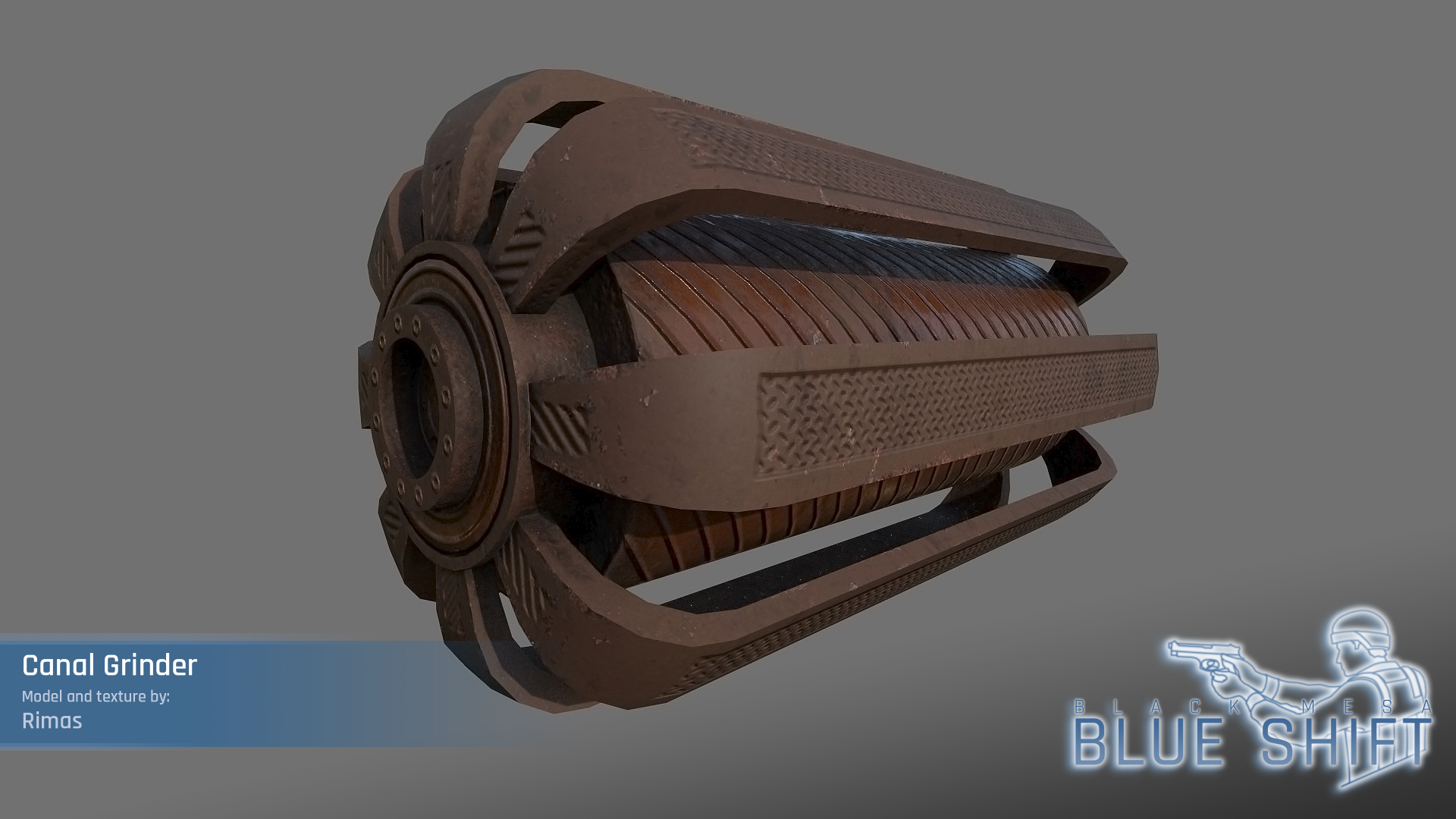 Our main level designers create awesome soundscapes, we hope that they will completely immerse you in the atmosphere of the Black Mesa incident. Listen to what post-resonance cascade complex sounds like in our mod:

Since the release of the second chapter, we posted some early screenshots of the "Duty Calls" on our Patreon. Here's the updated screenshot of a location shown there few months ago: 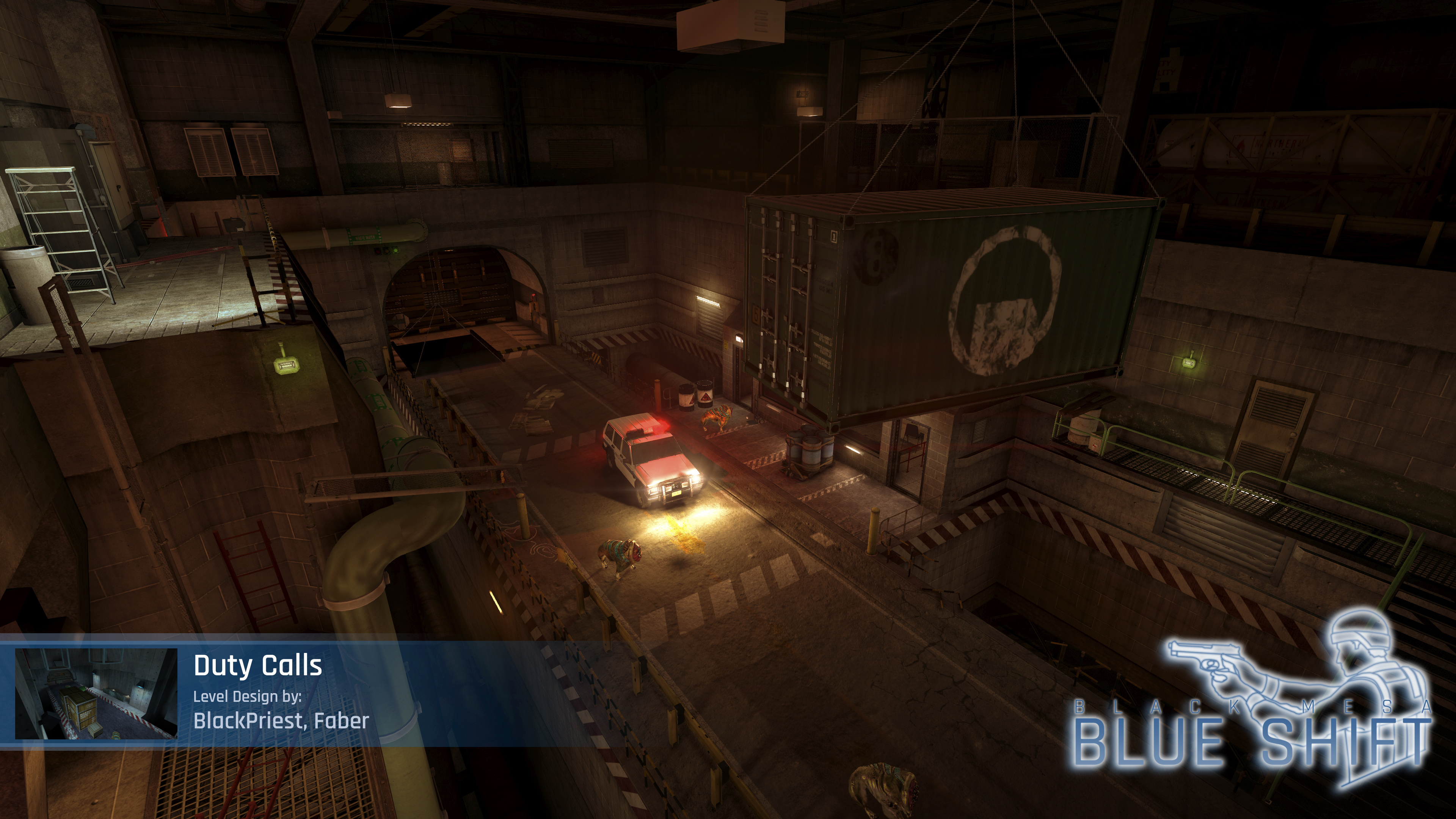 And, here's some progress on other things:

With Validator's help, we are improving the old janky animations with the motion captured ones! You can see one of them in the next video:

The last thing we will show in this article will be the new UI for our mod! Stavaas, who made the custom ModDB mod page design is in charge of it. It's still in development, but you can see what it will look like. We would like to know what you think about it. 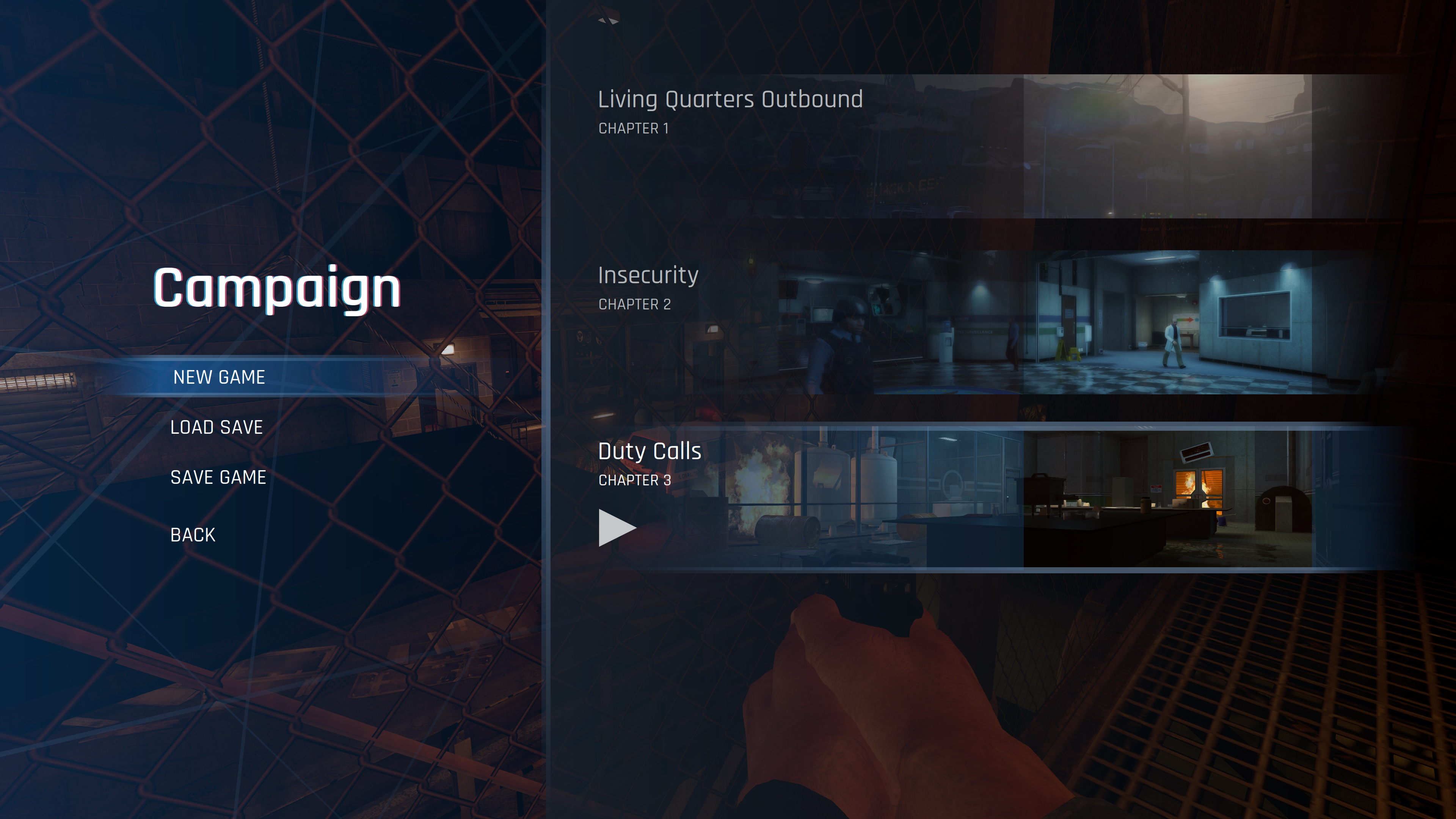 The new academic year has started and therefore free time has decreased for some of our team. the development may be longer than we wanted. We think we can finish everything by the end of october, but that's just some predictions that shouldn't be taken as the real release timing.

If you haven't seen our two chapters - you can check it out by yourself:

You can join our discord and talk to us and other people!
HECU Collective Discord

There you can support us financially:

Thank you for reading this article and supporting us!

Indeed some damn lovely work and good thing that you managed to obtain the source files of Insecurity chapter 3. It makes me happy to see that skyms2663 great work will still be used and that his great efforts weren't in vain. Even better to hear that you folks improved up upon it.

I love the menu.

menu and interface is important in all games/mods (not sarcastic).

Keep up the good work, guys!

Wow, it's crazy how far you've come since January, and even crazier to see so many well-known and talented people helping you guys out! That menu is pretty cool and all, but I'm thinking you could maybe have an option for the normal, new, BMS UI, either in another batch file, or in the game's settings, so that we can use the old-new UI instead, good job!

Those are huge improvements! Can't wait for chapter 3 release.

Love the new animation that has been shown, can't wait to see everything this mod has to offer. Also really like the shotgun video shown on black mesa's discord.

Nice work, you are making my dream!

I was initially very skeptical about this project, but seeing such great updates coming out, I honestly begun to believe that this will end up being much better than Guard Duty. Great job, keep up the good work! Can't wait for the full release!

Sweet baby jones! This is the best news I've seen yet for now. I'm looking forward to Xen.

DAMN ! All these developpments look really amazing. Kudos to your sounddesigner too !!!

I really got excited for what will coming! Amazing work! Keep it up!

Just finished Black Mesa and found out about this project. I enjoyed the first two chapters so much! Thanks for making this!