Casus Belli has now its SDK. With this SDK you will be able to make maps for Casus Belli. For sure, the best maps will be officially released in future patch or as complementary packs.

Hello and welcome to this update of Casus Belli.

Casus Belli has now its SDK in which you will find:

Withthis SDK you will be able to make maps for Casus Belli. For sure, the best maps will be officially released in future patch or as complementary packs.
On this occasion, we opened a special section in our forum for maps creation. 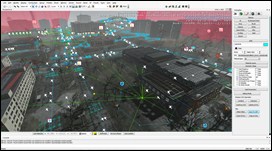 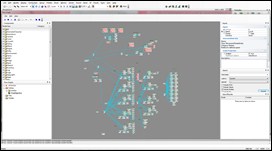 We have an other good news. Tunngle and Casus Belli now work together. If you don't know Tunngle, it's a peer2peer software which allows you to play LAN game with an internet connection. This software has rooms to chat, tools to plan event and much more. You can find it by clicking below.

So now the official server is running on Tunngle. So you can join it in LAN game if you have the software or via internet like before if you don't have it. This should improve the number of Casus Belli players. A big Thank you to the Tunngle company who helped us.

Casus belli has also been patched in version 1.3.4, theese are the major modifications of this patch:

It's nice to see mods supporting tunngle, nice way to set up easy matches, keep up with that.

Alongside this, will be there any kind of bot support? I really miss those in any cryengine based mod and would be awesome for testing maps and such before the REAL thing, I hope you know what I mean ^^.

Nothing more nothing less, good luck with the project, I really like it. Have fun andsee you in the game ^^.

I tried to set-up a moving character dummy a couple of months ago.

Yet, my pathfinding algorithm was quite bad (waypoint-based), so I was far from having actual bots (i.e. moving properly, shooting, etc) into the game.
I do not lose the faith to make that happen one day, though, but it's a big work :)

Great news, I missed the last big game season because the game kept crashing immediately after joining, that however seems to be fixed now. :D

Yes, the crash that occured right after joining the game was fixed.

You may visit our forum to troubleshoot problems.
If none of the solutions provided work, create a topic there, and mention your system specs so that we can help.