After three years of development we are finally ready with our full release of “Castle Torgeath: Descent into Darkness”. For those who may not be familiar with our game, Castle Torgeath is a 3D Action RPG dungeon crawler. We are now available on Steam.

After three years of development we are finally ready with our full release of “Castle Torgeath: Descent into Darkness”. For those who may not be familiar with our game, Castle Torgeath is a 3D Action RPG dungeon crawler. We could not have made the game without a lot of help from some really talented 3D modelers, artists, and voice actors. You can see them listed on our game credits page.

For this release, we have added voice overs, Steam Achievements, and completed all art work in all six levels of the game. We also added our own custom phantom spirit that trades loot for power-ups. In addition, loot-fest and destructibility (with some new twists) have been finished. Finally, we made improvements to combat feel, enemy operation, and performance.

There are many strange things you will encounter inside Castle Torgeath including our new phantom spirit character. Stuck in a corporeal form, he needs several items within the castle to potentially become normal again. In exchange for terrestrial objects you may find, he can grant you powers such as an aura that makes your weapons stronger or magic armor that can reduce the damage you take from enemies. He is tethered to the castle but can appear anywhere within allowing the player to look forward to putting his loot to good use.

The largest part of making the game complete was adding all the fun and interactive finishing touches throughout the game. We added many different destructible objects in all the levels so the player can have fun smashing stuff to pieces. We also added and balanced more loot types and loot in general so that there will always be something to collect and use. Some examples of new loot types are paper, gore, and unrefined ore. In order to give more oomph early on, we got some talented voice actors to narrate the start and end as well as bring the NPCs to life. Lastly what is a game without achievements to strive for? So we decided to add 14 new achievements to give the player something to work towards as they progress throughout the game.

The final things that were done was increased performance, some improvements to combat feel, and enemy behavior. In the combat feel department, we made the animation speed for attacks just a little more responsive and faster so you’ll be able to feel it more when you connect hits with the enemies. As for performance, our own optimization technique parameters were readjusted so the game runs more efficiently. Finally, we increased the enemies’ responsiveness around objects so that they move smoothly when navigating around them. 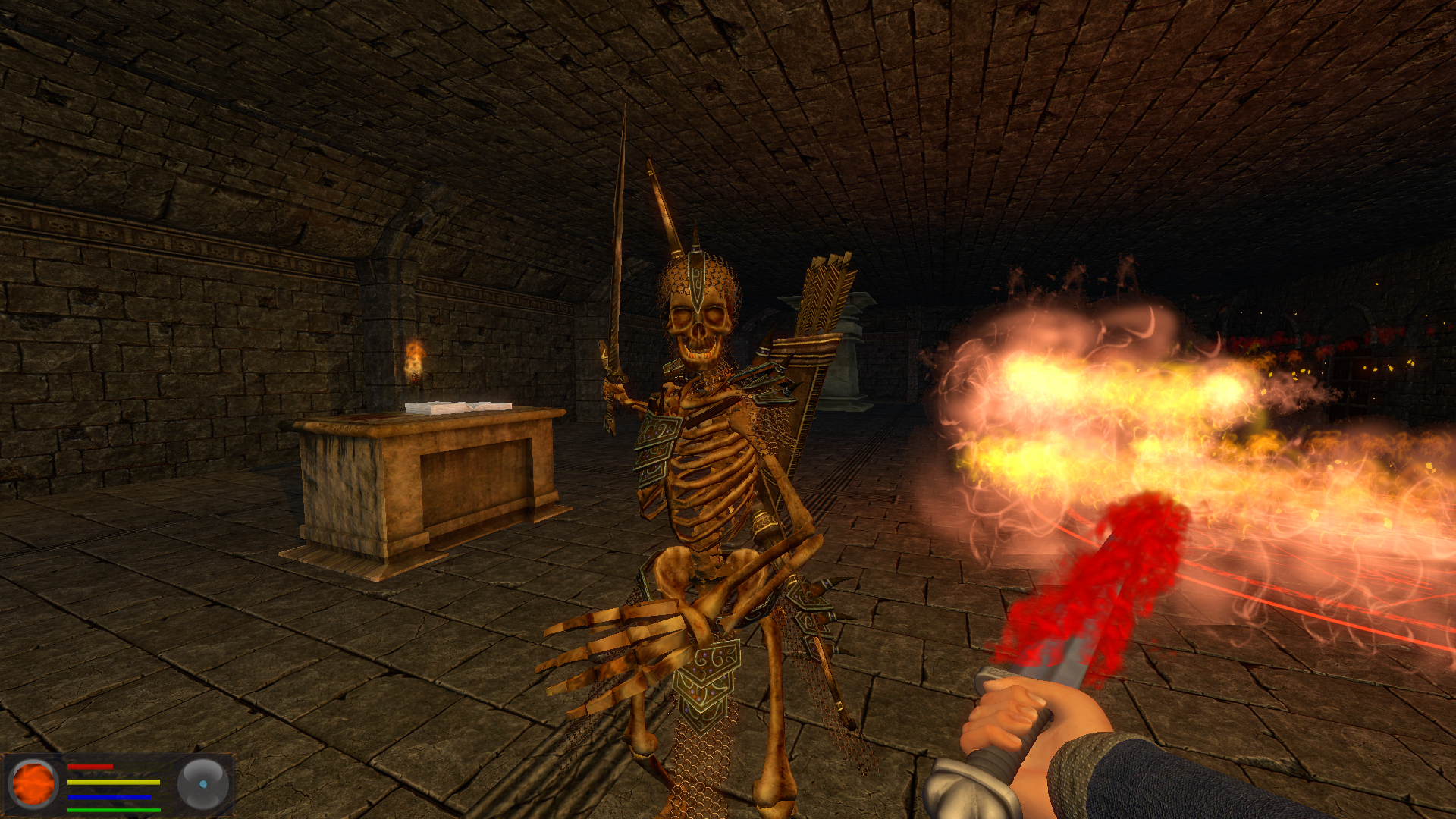 Sample of new scenery in level 5 (The Mines): 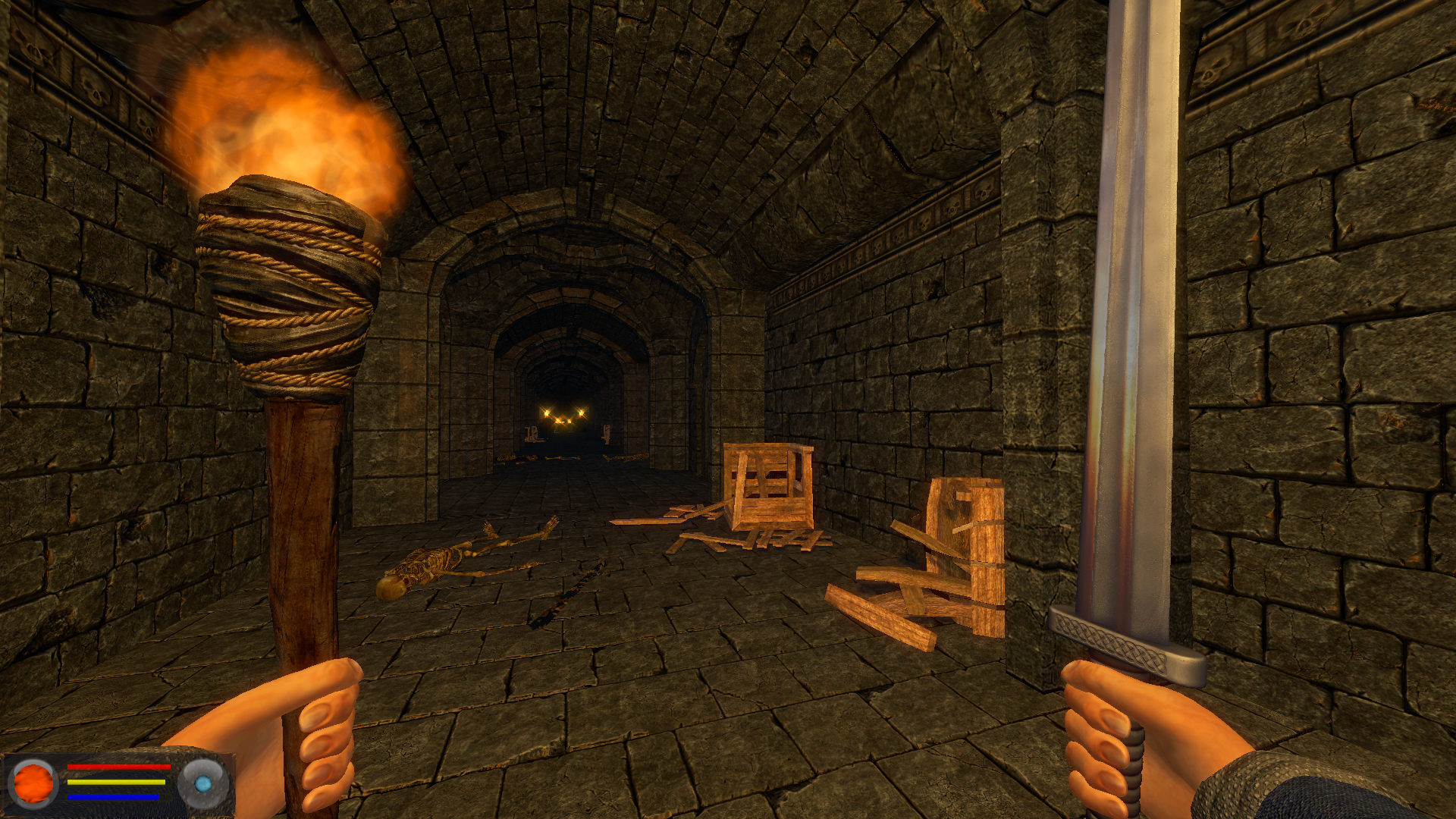 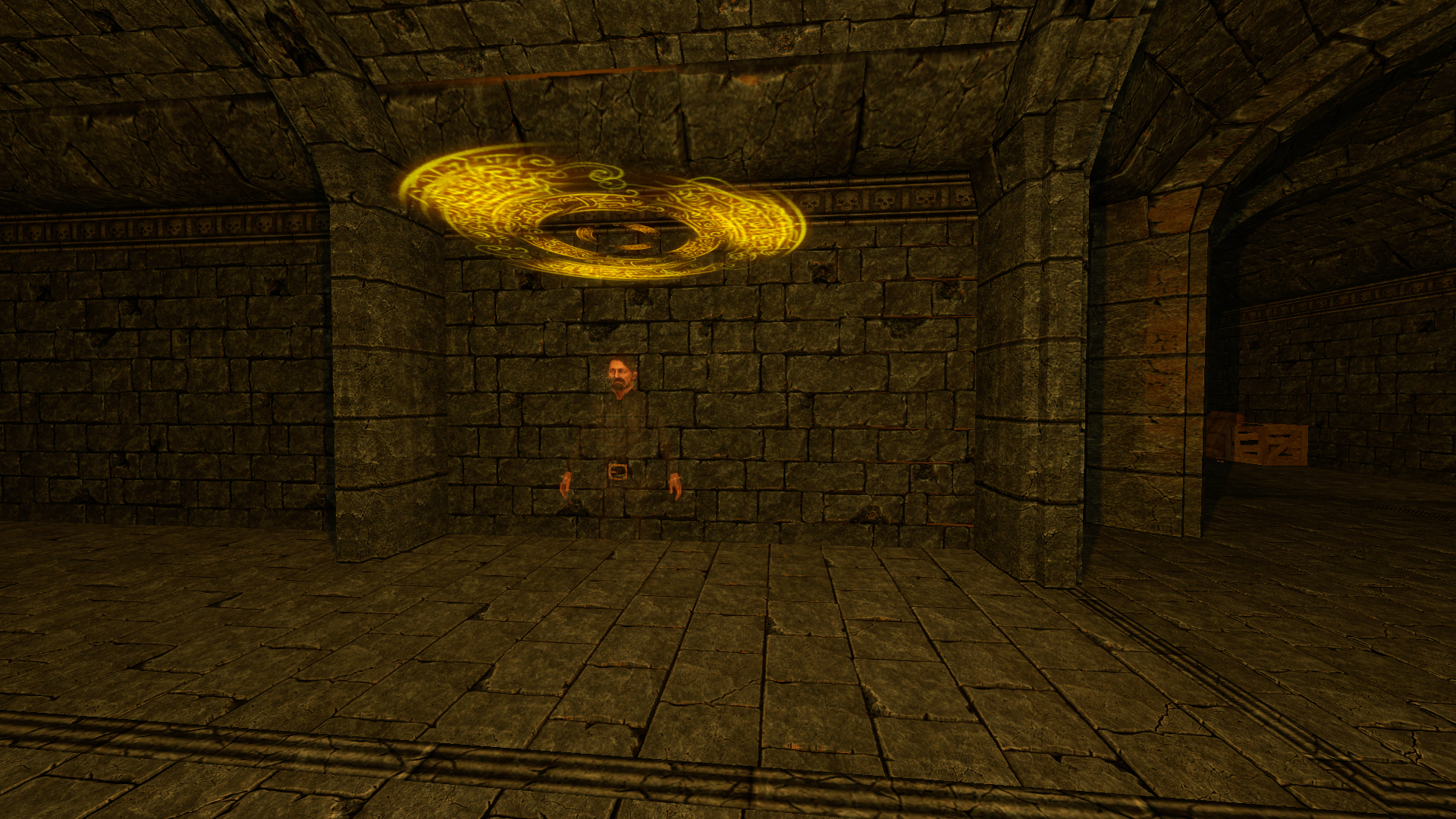 Here is our new trailer video:

A big thank you to Black Shell Media, Jimmy Dali, Zuejin Gaming, Game Bubbies, Tartarus Cast, Surv Shooter, Zaxtor99, DeliciousRick, all of our QA testers, and our fans who have supported us through the dev process. Thanks for your feedback and support. Let us know what you think and we hope you enjoy the game!

Wow! It looksawesome. Like Eye of Beholder ;) I'll buy in January!