Cars Incorporated has received a mini update that brings in the online highscores. Find the details and the download in here. 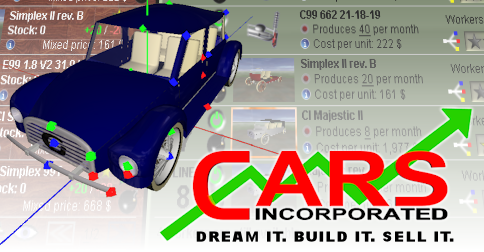 While the main work on redoing the UI and converting the game to the Unity engine is moving slowly but steadily, I had taken some time to update the game's new website at CarsInc.WildDuckGames.com. I have imported almost all the relevant data from the old site and brought back the forum and the user database in the process. With so much of the old site back in action (even if it is with new looks), it was only a small step to bring in the online functionality that was originally developed for v0.35 but dropped due to the downtime of the website. Some details have taken longer than expected due to a different server and PHP configuration but after two days v0.36 is on as a mini update. May it help in passing the remaining time towards v0.40 - the Unity update.

On a different note: Cars Incorporated is slowly advancing through the ranks at Steam Greenlight, these past few days it has been bouncing around between Top 60 and Top 90. So a possible release of the game on Steam isn't that far off anymore and it might just help to get the development budget together to speed things up in the future. So if you haven't done so already, please vote for Cars Inc on Steam Greenlight and help spread the word.

But now for the changes: 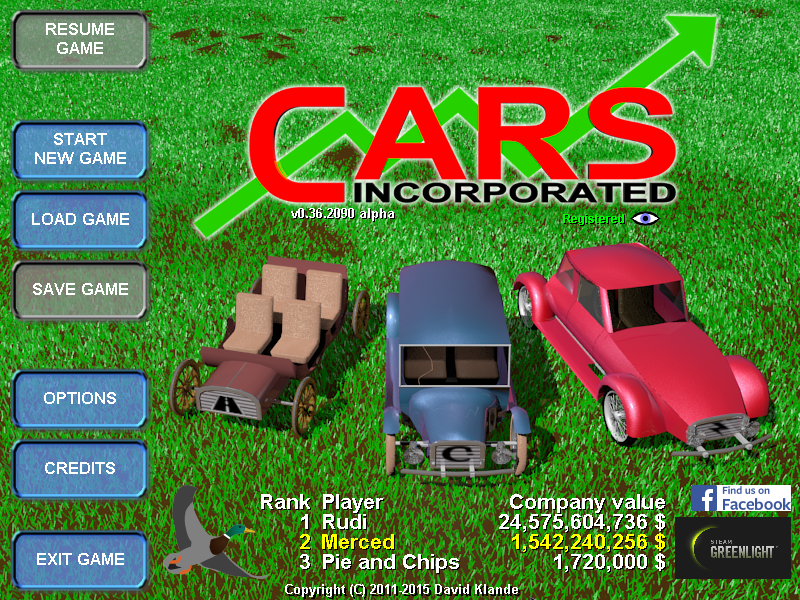 The options menu now has a new section called Internet setup that will allow you to control the online behavior of the game. If you allow the internet access and enter your user credentials from WildDuckGames.com (the same as they where on cars-inc-game.com), you can see your position in the highscore on the start screen and upload your score once you complete a game. 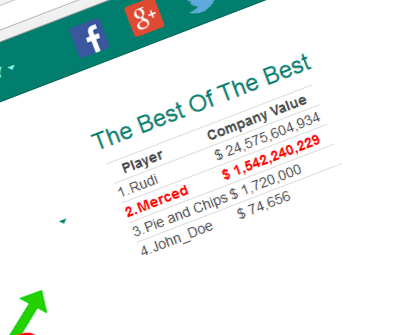 The highscores are also presented on the website. The game shows 3 ranks for now, the website 10 in the sidebar or 50 on the highscore page. Right now this list is of course fairly short since it only has some data from old Inner Circle tests. Let's see it fill up!


As always the update is already available for download. However older versions will not see this update as their update functions still points to cars-inc-game.com.

Or find us here: