Carpe Diem sees a lot of new improvements including revamped particle effects and a save game feature!

I had to move around a bit, and probably will again here shortly, but I did find time to get some more work done on Carpe Diem. As you can see I've gone through and revitalized some of the particle animations featured throughout the game. The above animation depicts the attack animation for the Aurora Class Battleship, the most powerful ship in the game. 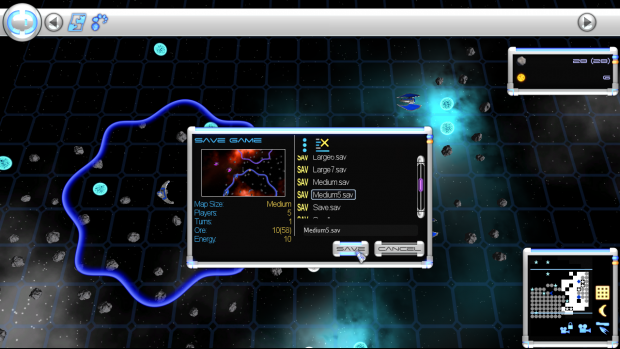 In addition to that I recently finished work adding in the ability to save and load games. Saved games have a handy dandy little screenshot thumbnail embedded to help jog your memory when trying to decide which game to load, overwrite or delete. Storage space seems to be growing more abundant these days, but that doesn't mean we all want to blow that extra space on Carpe Diem saved games so games are compressed using GZip compression. 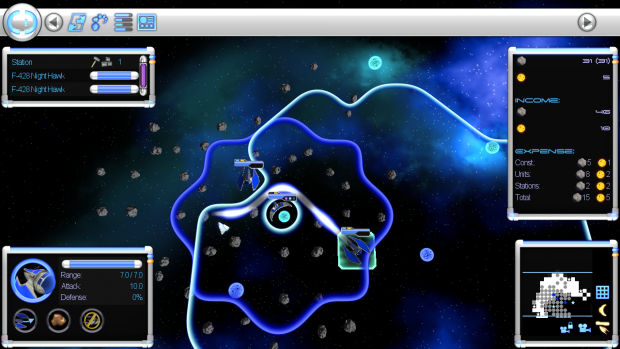 The Unit List window is now more functional having been redesigned with a custom list panel. The Unit List window groups all of your units and space stations together according to class and displays some immediately useful information about those units. The color of the unit name indicates if the unit has moves and/or attacks left, there's an armor indicator for combat units, MPA indicator for Space Stations and Cargo Ships and the Space Station also has an icon to indicate if items are docked in the station, if the station is currently building something and if that build is unable to continue due to lack of funds. 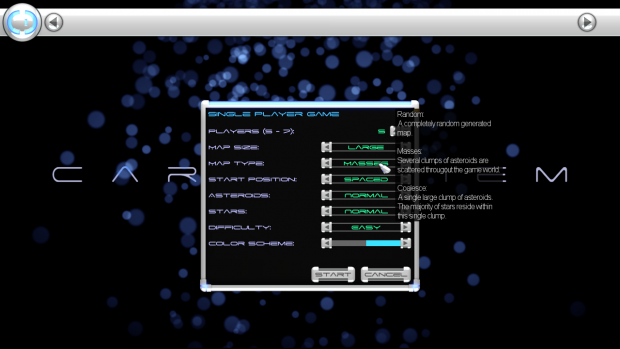 Carpe Diem has also seen a lot of little changes being made. Some balancing, I would expect the numbers seen in these screen shots to change over time, plenty of bug fixes, the addition of animated tooltips, a display for showing who's turn it is when it's not your turn, a construction report window that displays what units have finished construction when your turn begins, single player difficulty setting and a new map type called Coalesce.