Announcing Caeludum! A turn-based god game with a focus on local multiplayer. 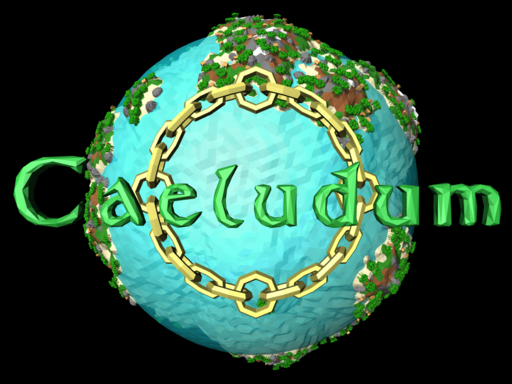 My name is Tyler Hiemke and I am developing Caeludum. It all started with a world generator. When I began I didn't know what type of game I wanted to make. I just knew that I wanted to try making a procedurally generated 3D world with a hex map (or as close as I could because unfortunately a spherical hex map is mathematically impossible) and I wanted it to be turn-based. 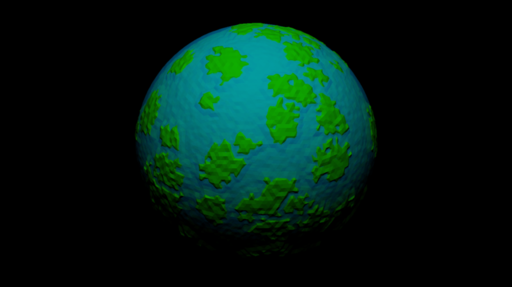 When I got to the point where I thought my world looked half way decent, I started thinking about gameplay. I looked at a ton of other turn-based strategy games for inspiration. I thought about doing a military strategy game and a 4X game and countless others. Then, I realized these had all been done numerous times before. I wanted to make something original. I settled on a god game because I had never seen it done in a turn-based strategy game and I thought it would go really well with the world generator I had been working on.

I'm still in the process of developing the gameplay, but here is what I have pretty much locked in right now. As a player you will try to become more powerful than the other gods, which can be other human players or AI players. Your power comes from believers so you will need to increase your influence throughout the world. This can be done in multiple ways. You can expand your influence to other villages that don't believe in any god yet or convert them from other gods they believe in, promote growth within your own villages, or destroy opposing players believers in turn increasing the percentage of the worlds population that believe in you. 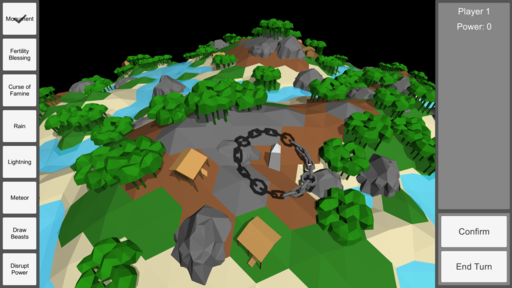 Each turn you will gain power points based on how many believers you have. These points can be used to execute or unlock powers such as blessings, curses, weather control, and natural disasters. Each will have a different impact on your influence and the world. Most powers will not be specifically good or evil, but can be either depending on how and where you use them. For example one of the powers I have planned will draw animals to a location. If you use this near a village surrounded by cattle it will increase the villages food supply. However if it is surrounded by wolves, the villagers probably won't be as happy about it. You could also use it to draw livestock or predators away from a village to have the opposite effect.

My hope is that the game will have enough depth to hold its own as a single player experience, but also be simple enough that a single match can be completed in a few hours so it can be played by a group of friends sitting around a single monitor or TV.

Hopefully this provides a good idea of what my goals are with this project. If you have any questions or comments please feel free to get a hold of me anytime. I would love to hear from you!
The easiest way to get in touch with me is on Twitter: @Quade81
I will also be live streaming development from time to time on Twitch