It's day four of screenshot week! Failure to view these exciting images could result in a charge of defeatism and trial by military tribunal.

Its day 4 of screenshot week! Check back tomorrow for our final update this week!

The losses Red Army divisions have taken on Vega in the recent weeks have been atrocious, greater coordination is needed between the Red Army and Red Fleet if we are going to successfully defeat the Wehrmacht. The fighting around the capital alone has claimed over 30,000 casualties in the past 4 days and the superiority of Reich terrestrial air forces at this stage has pretty much crippled the Weimar Volksluftkommando for the foreseeable future. 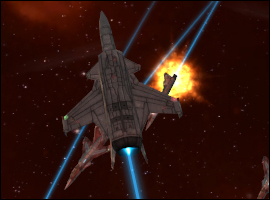 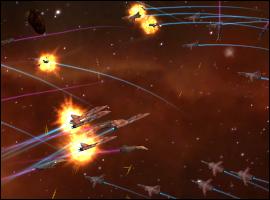 If you could see fit to transfer 14-18 squadrons of interceptor spacecraft to my command, I am confident we can begin to dent Luftwaffe and Kriegsmarine air reserves on Vega and force them to either withdrawal to better defended sectors on the planet, or increase the number of reinforcements sent to the combat area. Either action would leave them in an unfavourable situation compared to our Army and Navy respectively. 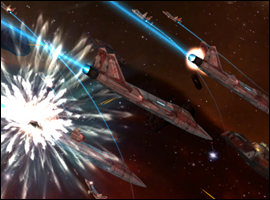 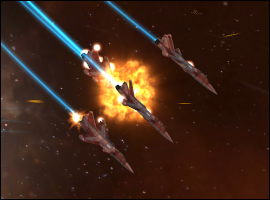 This is of course time sensitive, our drive into the capital has devolved into intense city fighting, and the possibility of a counter attack on our flanks is very high. Should the Italians attempt to push through the 88th Army, we will be forced to resort to orbital bombardment to contain them. I have no concern as to the environmental effects of this, but many of our reserves are still being equipped with CBRN equipment and would be unable to operate in the affected area. 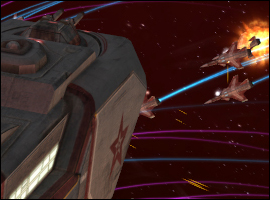 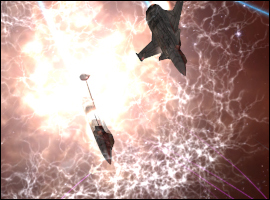 I have of course forwarded a copy of my recommendations to STAVKA but your support on this would help expedite matters. I thank you for your assistance and cooperation in this glorious campaign so far, and must extend my congratulations on the destruction of the Scharnhorst, it made quite a sight down here as it broke up in the atmosphere.

Are the planets ingame going to have individual 'sectors' or are they going to be just like the original setup?