We have recently implemented our progressive difficulty system into the Break Blocks. As you progress through the game, the game will get more difficult, but not just by using faster songs nor odd beats, but also changing gameplay a bit.

Aside from having songs speed up and use more interesting beat patterns, Break Blocks will also add difficulty in the piece building system. At first, you will be able to continue building a piece, even if you've already placed it: 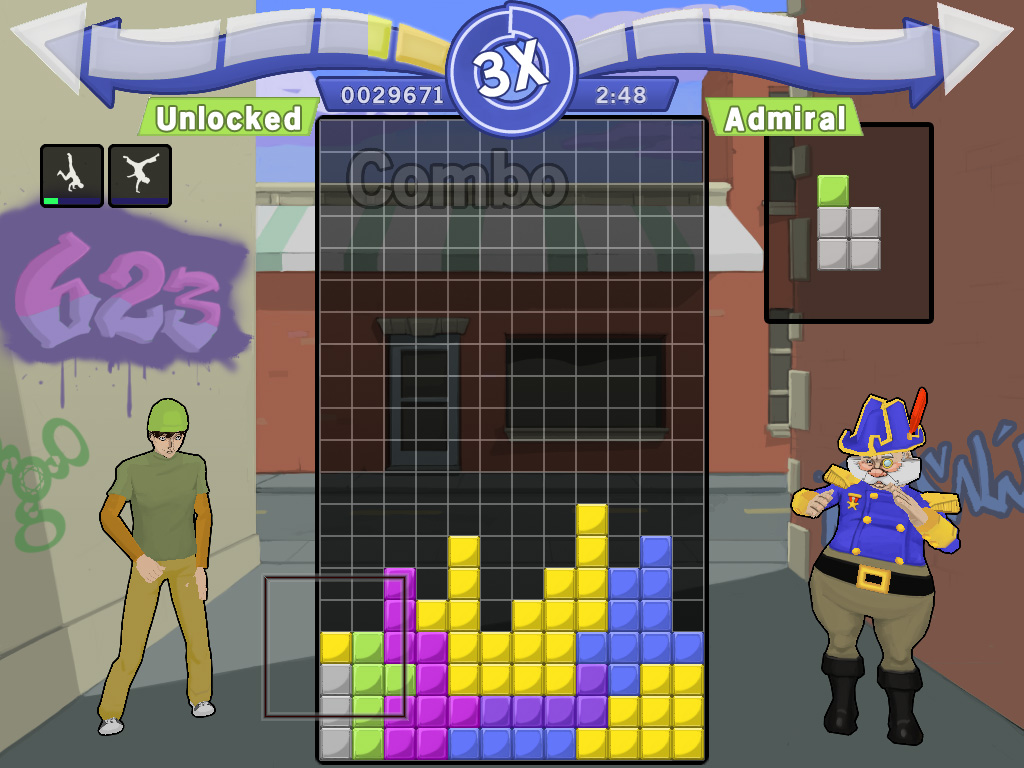 This allows players to separate the placing and building aspects of the game, which makes the game a lot easier than the next step in the difficulty, which requires the piece to be built before it touches down: 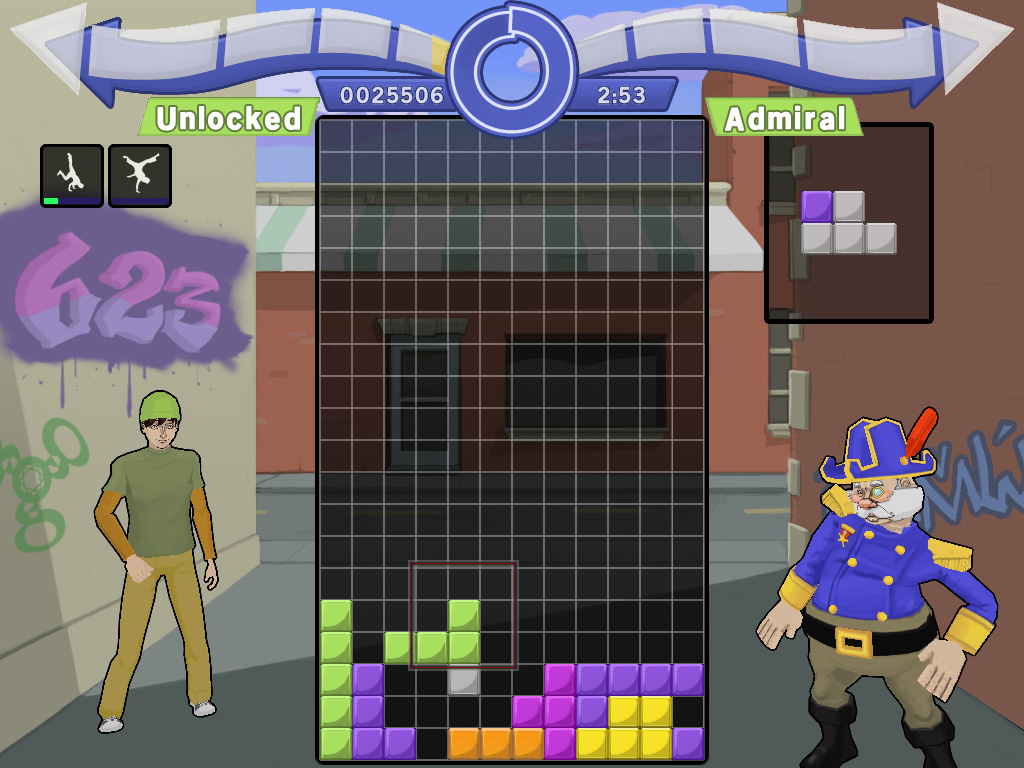 If you do not have the piece entirely built before it touches down, it will explode and cause the crowd to turn against you(this will also happen if you are off beat or try to build outside the predetermined area): 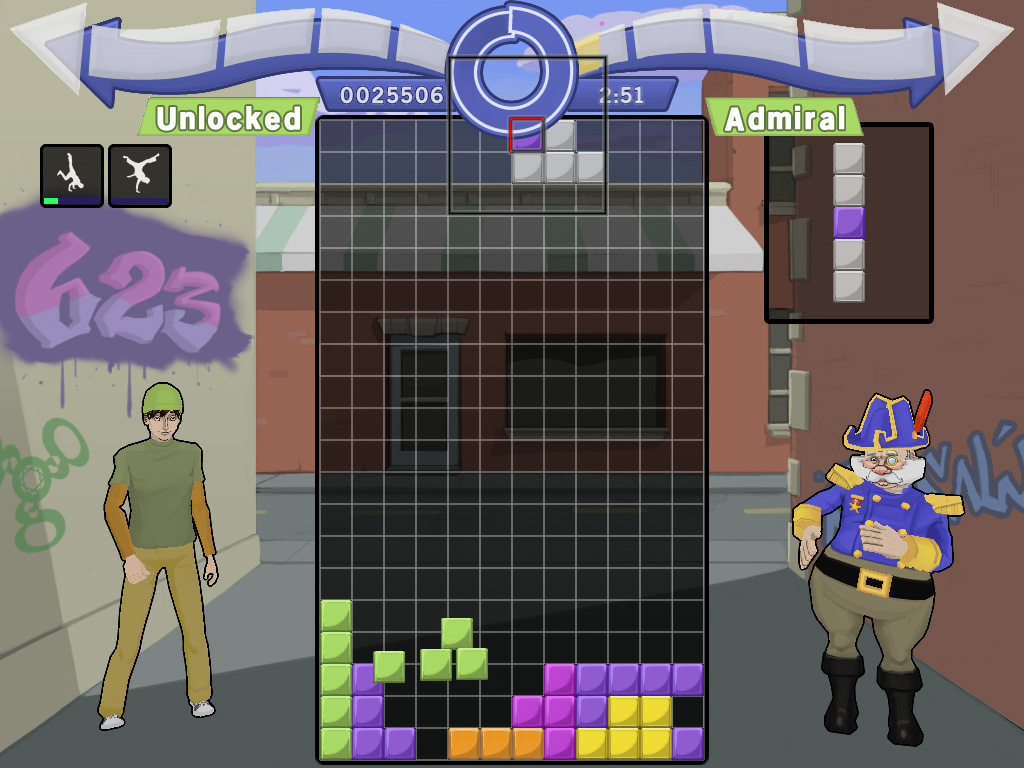 The next step up in difficulty, though, is our favorite. If you do not complete the piece before it touches down, you are off beat, or you try to build outside the predetermined area, the piece will turn white and will not count toward clearing lines, as seen on the bottom 2 lines here: 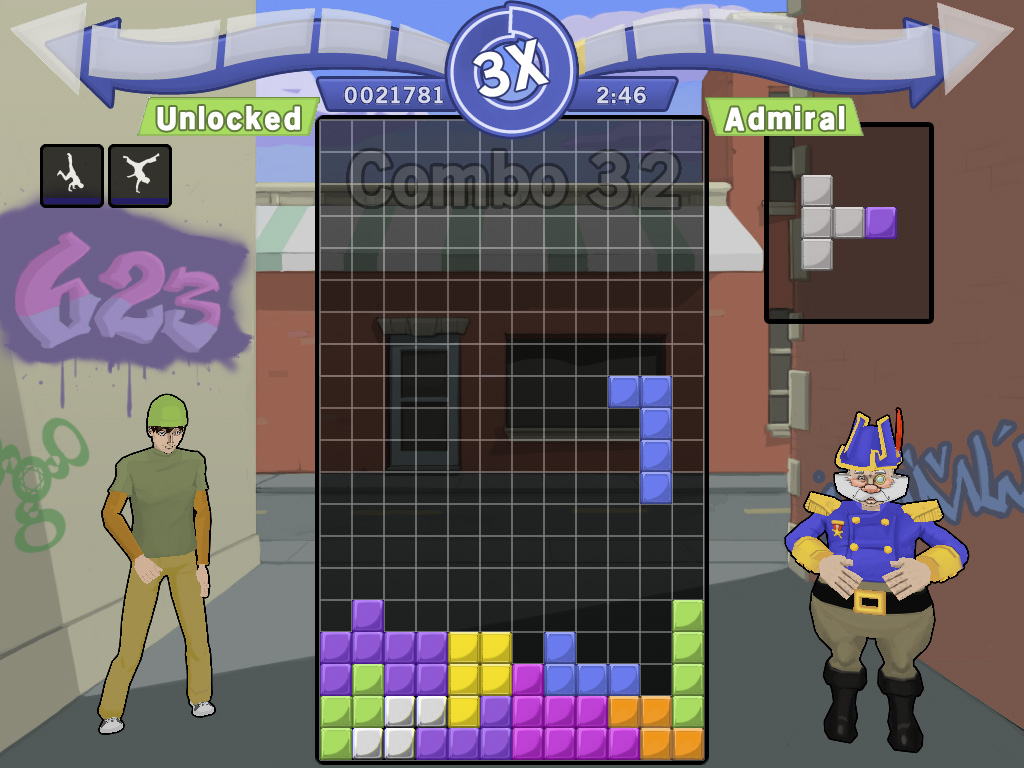 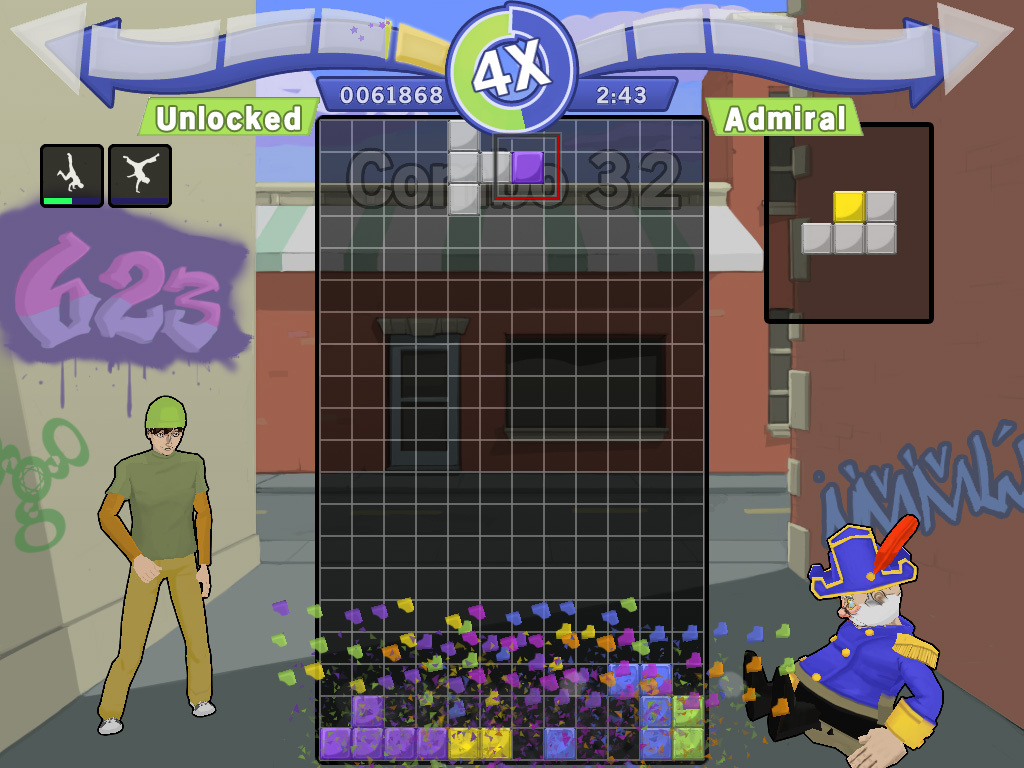 I look forward to everyone trying the game, especially you Gregs ;)

yep does sound cool, some nice features there, only thing that is missing is a pic of gregs gyrating his stuff to the beat, mind you that would up the age restriction to 18 no doudt....and i suppose this aint a horror game after all.

Hah! I don't think anyone would buy the game if we included a gyrating Gregs in there ;)