Break Blocks is a break dancing, action puzzle game for charity being published by Tripwire Interactive, developers of Red Orchestra and Killing Floor. You play as a young break dancer who must defeat a cast of 13 of the world’s most notorious dancers by building colored blocks and clearing them to perform dance moves. Blocks are built in time with the beat and then placed on the circular dance floor. The object is not only to group primary colors (red, blue, and yellow) together, but also to connect them by using secondary colors (purple, orange and green) as a bridge to clear more blocks, and unleash more intense break dance moves.

Greater Good Games is a two man game studio whose creators' dream is to use their passion for making games to help others. The company was founded with a commitment to charity, and shares a portion of the proceeds from each sale of our game, Break Blocks, with the organization Doctors without Borders. The Greater Good Games financial mission can be found at the finances section of our website (Greatergoodgames.org), to explain how that works.

Break Blocks Touch! is now 50% off at the App Store 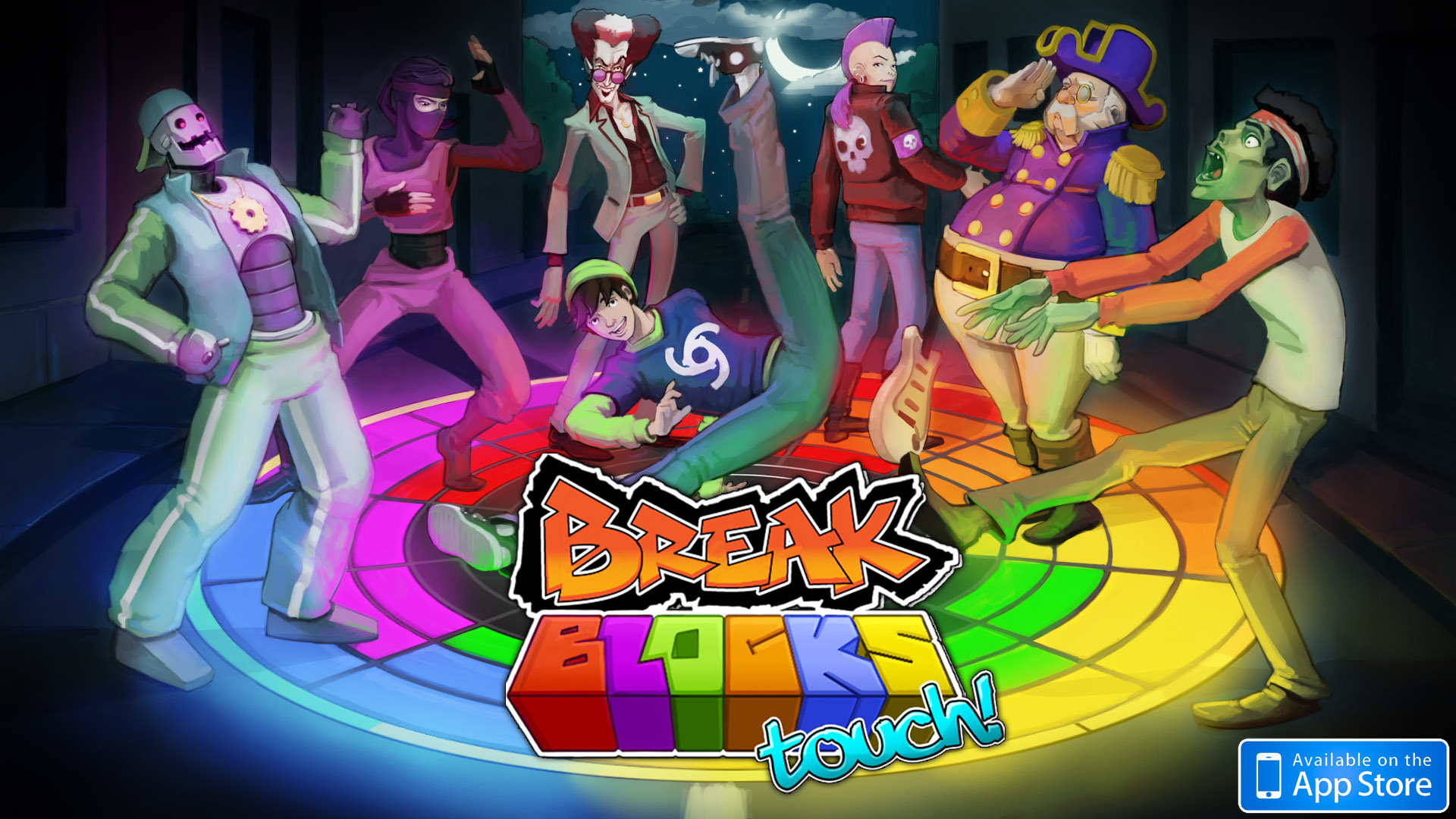 Break Blocks Touch! is now on sale for 50% off at the App Store.

For those of you who aren't familiar with Break Blocks, our game is a color-based rhythm puzzle game. You play as a B-Boi on a quest to become the best break dancer known to Man. In order to defeat opponents such as Hip-Hop Zombies, Disco Vampires, and Break Dancing Robots, you unleash crazy power moves on the dance floor. To do so, you build colored blocks by tapping along the the rhythm of each song, and then place them on the gameboard. Secondary colors (like purple) are built by pressing the two component primary colors (red and blue in this case) at once. Secondary colors create a chain when touching their primary components allowing for massive clears. The goal is to clear as many blocks as possible at once so that your moves have the most effect.

In our PC/Mac release, there were some inherent limitations to our control set-up that created a steeper learning curve. Since there are no red, blue and yellow buttons on the standard keyboard, we mapped these to arrow keys. Break Blocks Touch! avoids that complication entirely which is one of the reasons we're so excited about this version. You simply tap the color button as it appears on the screen, and viola! Magic!

We've found this version to be extremely fun, so please check it out! If you don't want to throw us a buck, you can always check out our free demo version. Also, PC and Mac versions of the game are still available through Desura and our website. 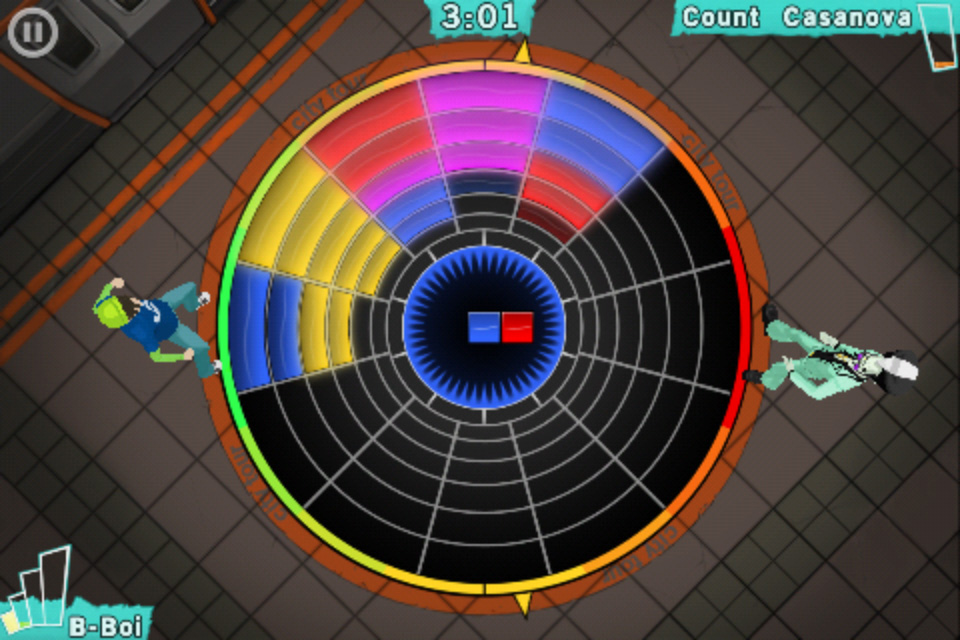 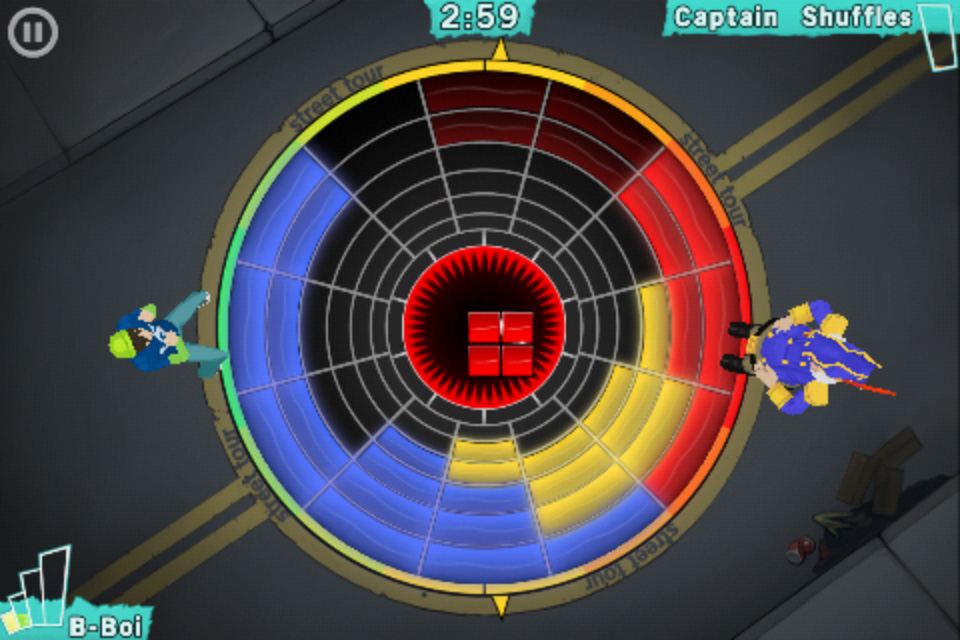 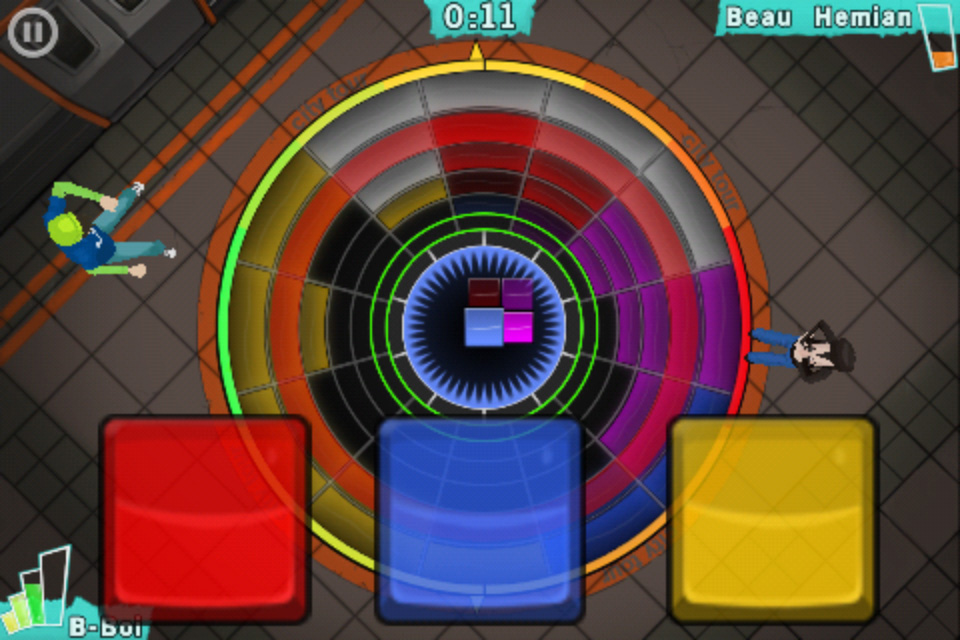 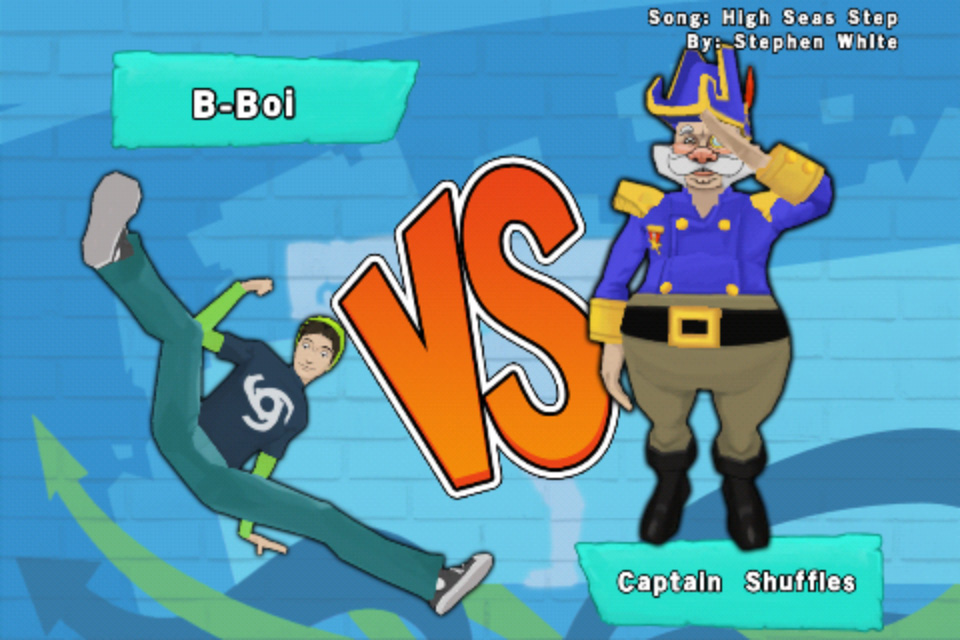 Break Blocks Coming to iOS(and then some)

Break Blocks is coming to the iOS and Greater Good Games can finally talk about what's next beyond that!

A break dancing, action puzzle game which fuses games like DDR with a color-based block puzzle.

With only one more month to go before we release Break Blocks, things are all falling into place. Check out our latest demo build!

With Break Blocks going Gold in less than 48 hours, we are proud to present the Official Demo for the game! Try it now and buy it now at GreaterGoodGames.org...

With only one more month to go before we release Break Blocks, things are all falling into place. We've added all of the characters except for one, we've...

We've improved our latest Early Adopters build of Break Blocks. Many bug fixes found thanks to players like you.

We've been wrapping up the Single Player campaign for Break Blocks and in the process have updated the visual Beat Marker, every Song's Beat Timings...

The latest version of our Break Blocks Early Adopters build. We'd love to hear your feedback in the comments section or on our forum at GreaterGoodGames.org...

We entered Break Blocks into the IGF! Before entering it, we added a sleek little Versus screen as our loading screen, a new Sensei Popup where he tells...

Can't play, when trying to get a cd key desura says I do not own the game.

Sorry for the delayed response...I have sent you a key. Please let me know if you have any issues with it.

What's the CD key for the free giveaway? can't play it otherwise :(

Visit the following page Secure.desura.com and look for the game Break Blocks. Click on Request Key next to the name of the game.

Thank you for the GA.

We're glad you're enjoying the game and thanks for pointing people toward our Steam Greenlight!

It's a shame we will probably not see multiplayer. Also, my key would not work to make my account so I used one of your giveaway ones and that worked. I just thought I would let you know.

It is definitely a shame that this game never caught on well enough to warrant adding multiplayer. The game seems to be something that most people enjoy, but perhaps it's just not addicting enough to keep them coming back very often.

Where did you purchase your key? If you bought it from our website, then it's not a Desura enabled key, but we can add it to Desura if you'd like. The giveaway keys are Desura enabled by default.

I got it through a Indiestatik giveaway. I was able to activate the game but not my account. Thank you for the insight.

I admire the developer's good intention for giving away the game for free. The production quality is also good for an indie game. But the control is cumbersome and I don't find it fun to play.

Into the Rhythm VR Rhythm