Board Horde has been digitally rejiggered, and released as an online game on Newgrounds.

Well, after bashing my head repeatedly against my keyboard until I had something that almost resembles a working board game, I have put the latest version of Board Horde up at Newgrounds.

This seems a good starting point for the game, since an early version was originally released there a month and a half ago for their Touchjam competition (unfortunately cruddy a.i. held the game back a bit. It's a lot better now though, I swear!) 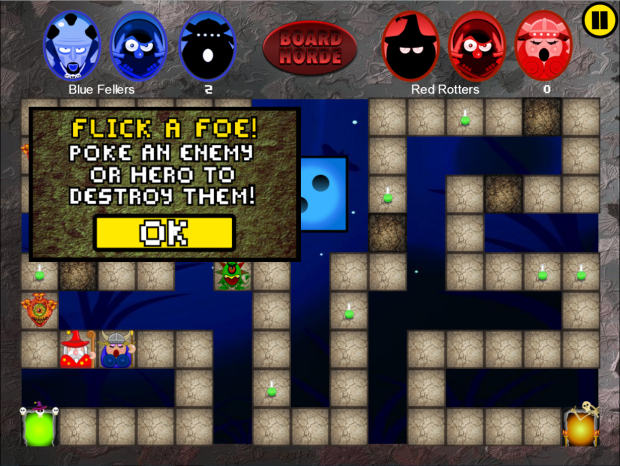 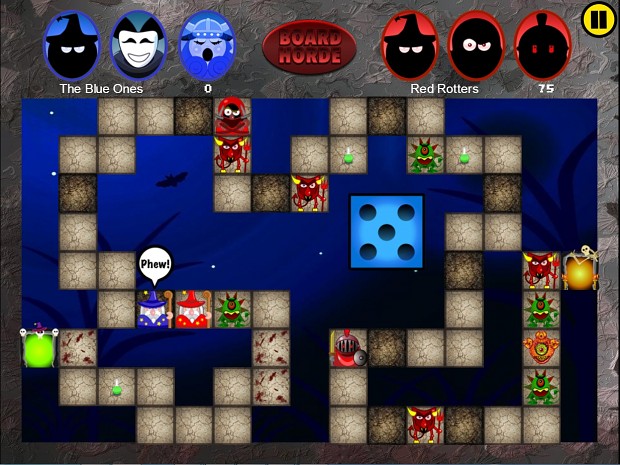 Anyway, if working your way through 6 boards and killing monsters and annoying heroes is your cup of tea, pop along there when you get the chance and give the game a go. All feedback is appreciated, as this is my first game and I'm keen to keep improving and adding to it (a three player mode, and special hero skills will follow in time).


The game will be released on more online gaming networks, just as soon as I've had a nice sit down and a biscuit.