I know, I know its been ages since i last updated Darktimes so heres some of the things I have been fixing in the last 3 or so months. 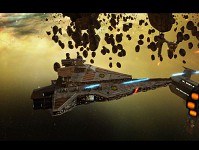 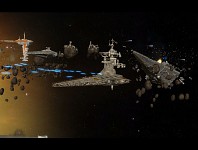 And anyother big republic ship that i forgot to list.
I'm working on the Blueification of fighters and bombers now

In other news some of you may have known that i introduced good ol' Peallon to the Empire to replace Thrawn:
don't mess with my homie Peallon Mutha' F' 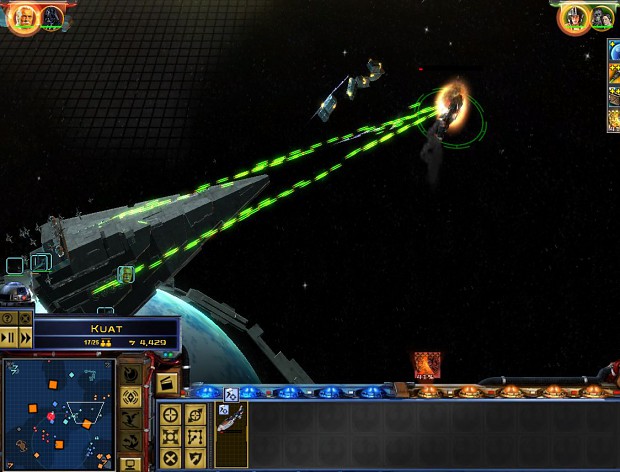 Here we can see Peallon's barrage ability completely decimating a Mark 1 alliance Assault Frigate
Other heros that will be replaced are:

Issues relating to how underpowered the Rebels are in space have been fixed. They can now easily stand up to a CIS force equal in size


Also i am thinking about adding new music to the mod those of you that have played the other Petroglyph game Universe at War: Earth Assault may remember these:


also I am going to add the new HD models by thomas39120 you can see more of his work at:
Moddb.com

and that in reality is most of what i have done in the last couple of months. I'm not proud that i've post-poned this update to my birthday---again. (One year ago i was making the TOR mod :( *sniff* *sniff ) and that i haven't worked on the mod with too much vigor in the last few months, But DARKTIMES is back on track!!

Also the reason why i wasn't modding was that i was making a personal mod, and i was playing Universe at War, which is surprisingly a very good game.

universe at war is a great i play that game once and w while when i get bored.i like the new lasers up there looks cool

Veers - Rex
Ackbar - The guy who owns a venator in clone wars (don't know his name)
Kyle - Kota
Luke - Anakin
I suggest this line up.