Blood Omnicide Demo - second release of the project. It consists of two of the very first chapters of game - Prologue and Arrival to the Pillars. Additional Magic Light crypt included as bonus level.

Blood Omnicide is a modification, it provides a patch that will port the original game to a new rendering pipeline. Blood Omnicide will require original PC version Blood Omen or Playstation version of Blood Omen in order to play. 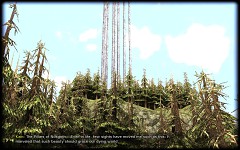 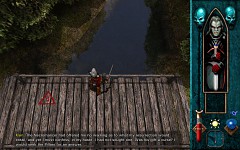 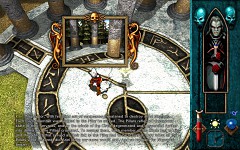 cool project, yet considering how many people have the original blood omen at home or working on newer pc systems ???
I loved this game but some things are better left in the past.

Why left in the past? This works on all new PCs. It has AA, HDR, Bloom, even AO. Supports wide-screen, too.

I don't get your comment much, can you elaborate? There are lots of fans for the Legacy of Kain series and everyone I've shown was pretty excited, even people who never played it as they said it'd give them a chance to play it.

There also exists many compatibility patches for the original to work even on Windows 7 64-bit systems.

allright well i didn't know that, excuse me.
This was my all time favorite game second game i had ever bought.
Well good luck remaking it, i will definetly track this project, i only hope you keep the original voices because they were epic. :)

greets and happy modding guys ( btw i still have the cd somewere and if i don't i hope you will come with a different solution :)

Let me post this also, your comment awnsered my questions already but i now see the difference you guys made, in the leveldesign :0 it didn't even occur to me they were retextured :) looks ok.
Hopefully the models will also get an overhaul and the statusbar, they looks quite original.
playing demo now :)

on second thought i have had enough of this game, not feeling very nostalgic playing it again :) just me
The story is already spoiled for me and so are the whole series except defiance, wich felt like a defiance to play

I'm not making this, a Russian guy is, but yeah, it's all in 3D. Of course the voices are staying, no one could replace them! lol

A different solution? I don't think they will, this isn't a free game, you require the original, it would be illegal if it didn't.

The levels are the same, just in 3D. He's done an amazing job if you look @ before and afters. He's really turned 2D into 3D with almost no art style difference.